Mass with Fr. Z in Rome 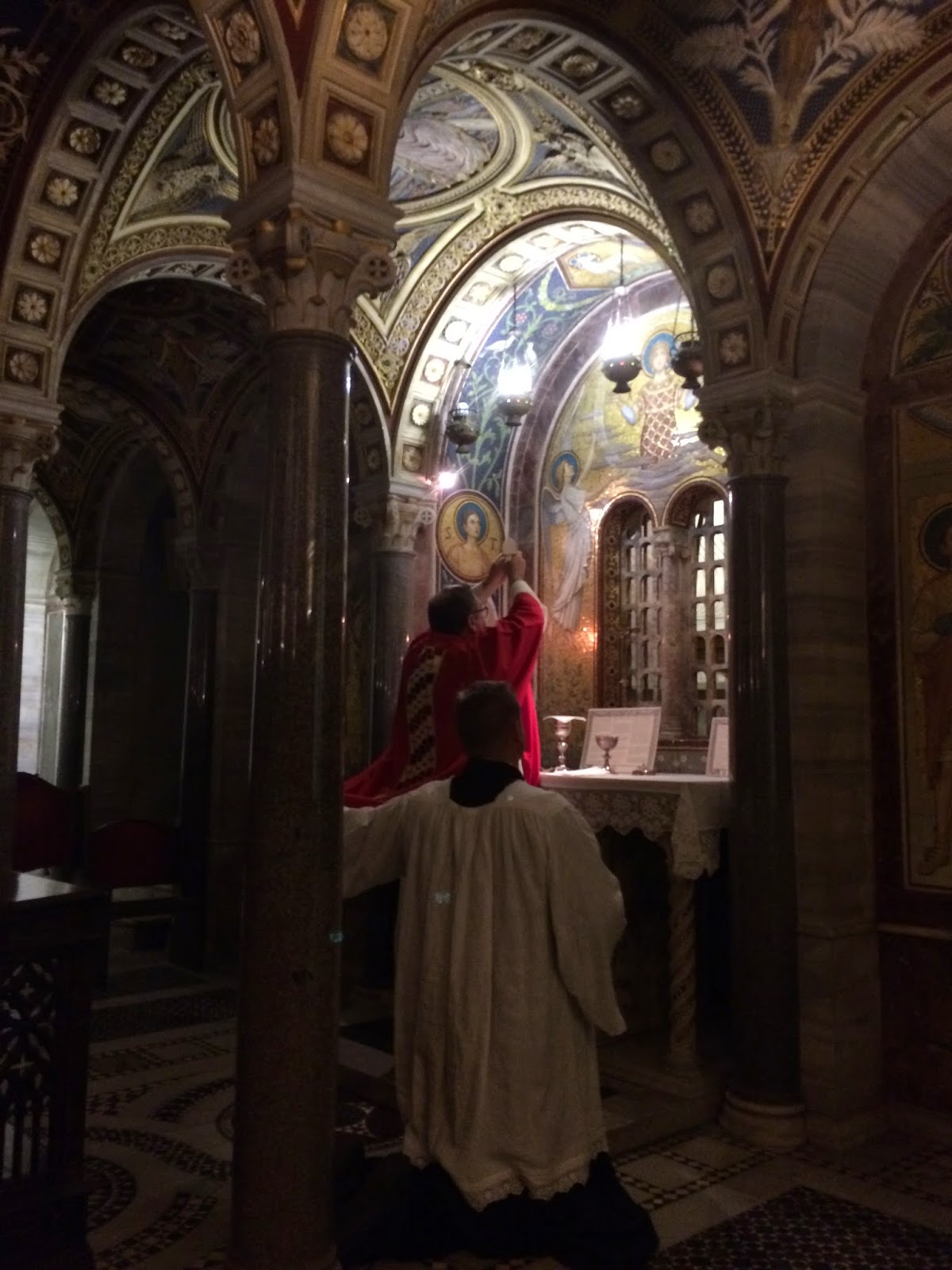 It was a proud moment to serve Fr. Z's Low Mass in the crypt chapel of the Basilica of Santa Cecilia in Trastevere.  During our Mass we could hear the chants of the Church from a sung Mass being celebrated above at the main altar.  For over 20 years I have been serving Mass for Fr. Z.

Fr. Z was first in Rome in 1981.  His second Mass was celebrated at the main altar of this Basilica, after his ordination by Pope St. John Paul II.  Having Mass at the tomb of St. Cecilia has a bit of an enchanting feel like having Holy Mass in the catacombs.   A very special place to visit, especially at dusk.  I saw it on my first trip to Rome and return every time.

The Art Nouveau era mosaics were completed in the year 1900 under Cardinal Rampolla, who at age 43 in 1887 had been named Cardinal-Priest of Santa Cecilia.  Always nice to visit here on her feast day, November 22.  She is the patron saint of musicians.  A saint of the Roman Canon and Roman martyr - one of eight female saints mentioned in the Canon.

Cecilia has become a symbol of the conviction that good music is an integral part of liturgy - liturgy and liturgical music already given to us by the Church as the Church desires.

A relative of mine had a baby today and is thinking of naming her...Cecilia!  Congratulations to the happy couple and so happy about the new addition to the family.