Taylor Marshall discusses the plot to destroy the church from within | T...

How to Answer a Protestant

Praying in a State of Mortal Sin

We Recommend Christendom College for Your Kids to Study

Where to Send Your Kids to College: Christendom College

The Most Pro-Life President Ever 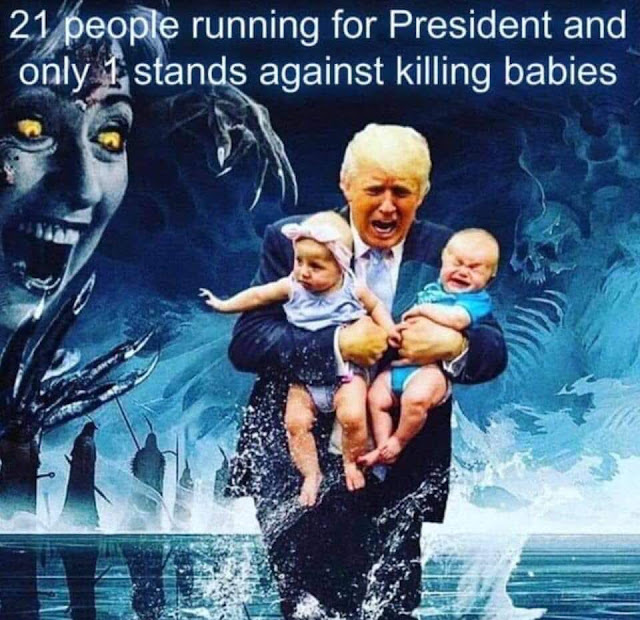 Study in Rome: The Dominican Pontifical University of St. Thomas Aquinas (Aka the Angelicum)

Sermon from the Solemn Requiem Mass for Bishop Robert C. Morlino and Bis...

Merry Christmas from the Swiss Guard!

Destroying Pagan Idols: an Ancient and Venerable Tradition Practiced by the Kings and Prophets of Old & the Saints

Pachamama Idols Thrown into the Tiber River (Thanks Be to God)!

Introduction to GRANDA in Madrid, Spain

Why Choose Maryvale Academy in Canada?

Why Is This Chivalry Camp a Nightmare for Pro-Aborts?

Building Churches and Helping the Poor 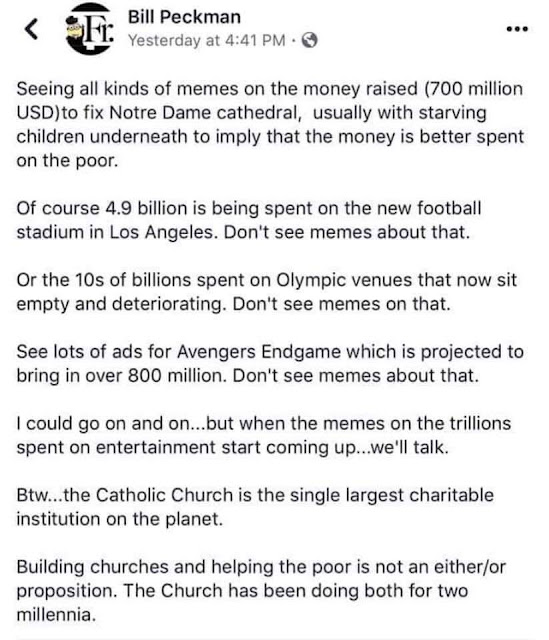 Ash Wednesday Pilgrimage to the Holy Land with Fr. Z 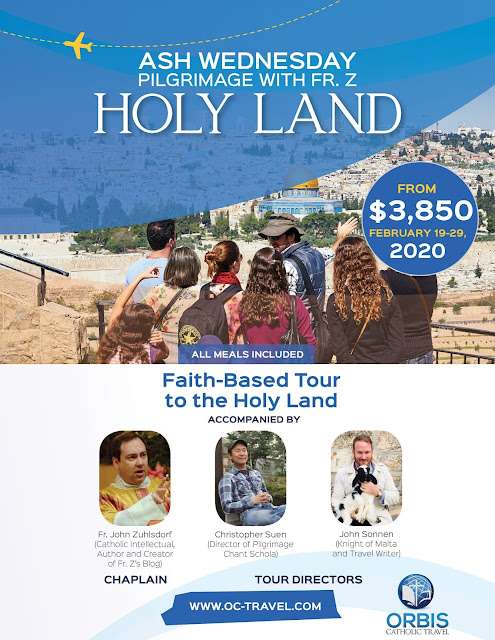 The ultimate TLM Catholic pilgrimage to the Holy Land with our good friend, @fatherz.

Join us on this unforgettable journey in the footsteps of Christ with one of the great evangelizers of our time.

The Cold Truth About Abortion In 2019: Unplanned Movie Isn't The Half Of...

A Message from the Directors: Unplanned Trailer

The Power of the Cross, The Meaning of the Crucifix - Fr.Jonathan Meyer ...

The Glory of the Ambrosian Rite in the See of Milan

She Starred In a Pro-Life Film, Then Found Out She Was Almost Aborted

Unplanned the Movie Is a Must See

The SECRET Abortion Clinics Don't Want You To Know, Revealed By An Insid...

Everyone Get Out and See Unplanned!

The Good Old Days in the Vatican 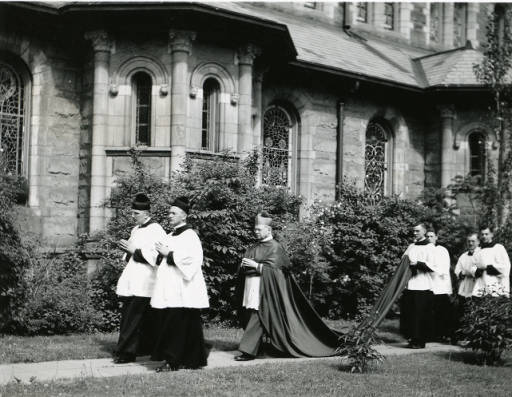 Archbishop John Gregory Murray of the Diocese of St. Paul at St. Paul's Seminary in St. Paul, Minnesota.
at 8:21 PM No comments: 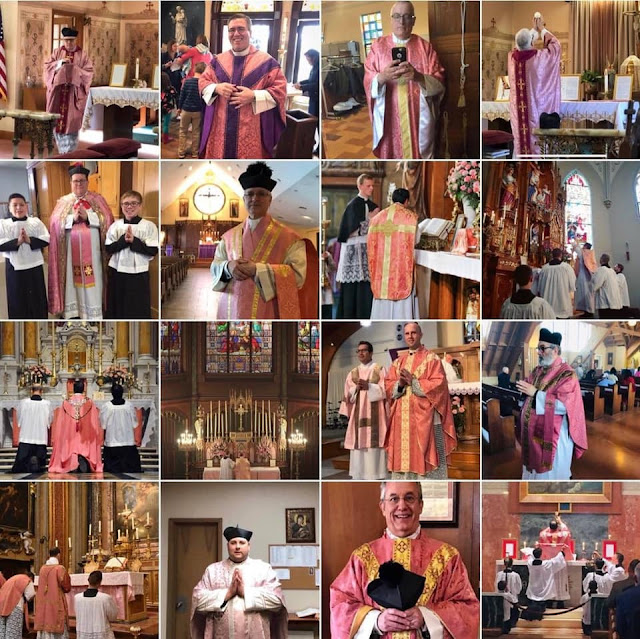 “Some of the photos of rose vestments that appeared on my timeline on this Laetare Sunday. Kudos to all Priests who help to preserve this ancient practice of the Church's Sacred Liturgy!” -Fr. Jason Vidrine
at 1:13 PM No comments:

8 Reasons Why You Should Avoid Fr. James Martin 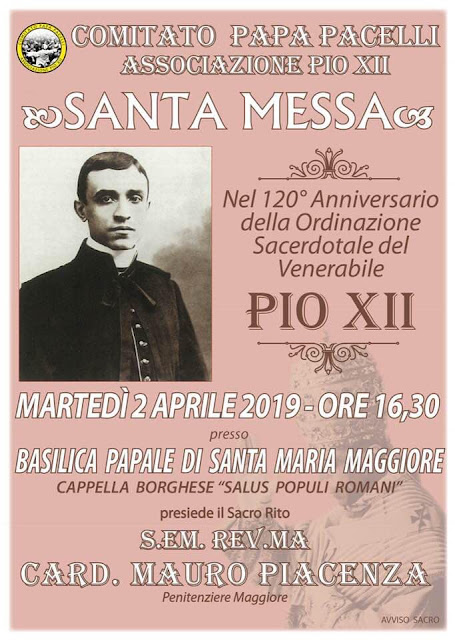 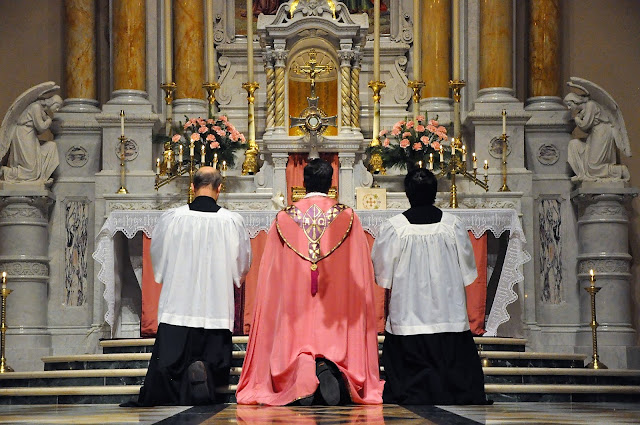 ‘Unplanned’ Actresses on the Impact of the Film

Everyone Get Out and See #Unplanned (IT IS EXCELLENT)!

Sermon on the Crisis in the Church Today

'Catholic' Ireland: THE SNAKES ARE BACK

Aka the happiest place on earth is no more.

When the seminaries and convents emptied out, the books ended up here.

SHEPHERDS in JAIL: The Last Days of Vatican II

Catholic Culture: the Rite of Coronation

National Convention for Life: Josiah Presley tells how he survived an ab...

PELOSI and the POPE: Catholics of the New World Order

Archbishop Vigano' in Rome: We Support Him 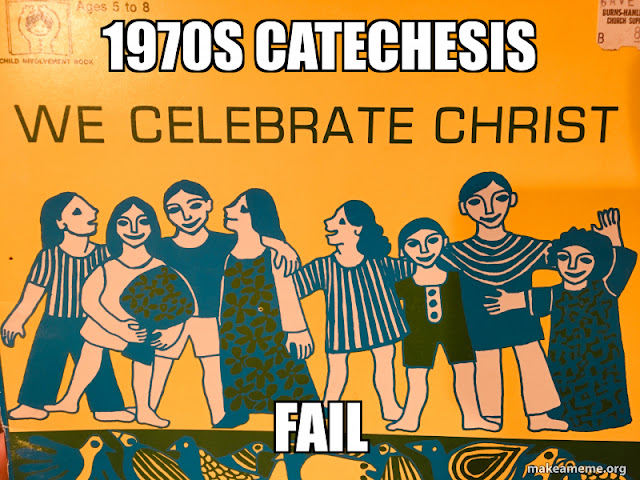 From Pro Soccer to the Priesthood: The Witness of Fr. Chase Hilgenbrinck

Are Your Catholic Sons Ready for Battle? 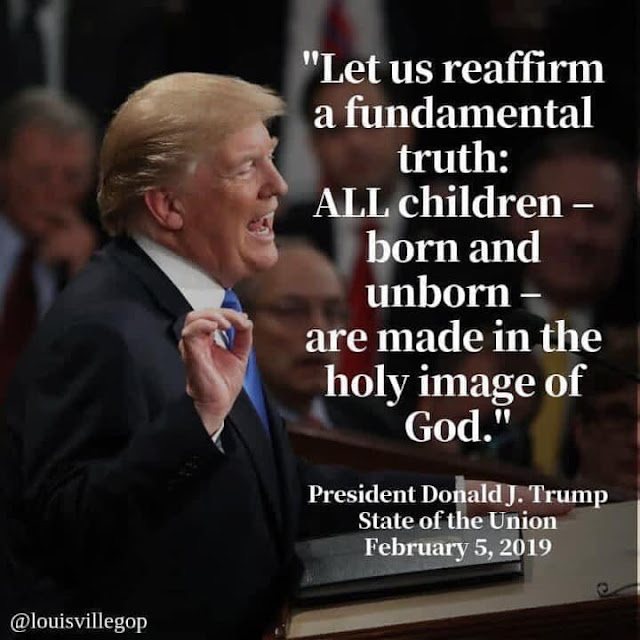 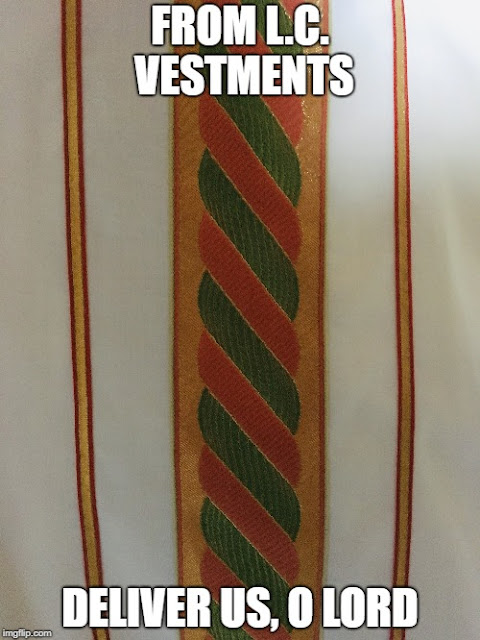 Burnt orange and avocado green. "From our founder." Yuck.  It is disappointing to still see this today.  The power of his hold.  Photo taken at the Notre Dame Center in Jerusalem.  I would reverently burn these vestments and replace them with a complete set in every color from Ditta Annibale Gammarelli in Rome.
at 11:35 AM 1 comment:

"Suffer the Little Children to Come Unto Me." -Jesus

Some thoughts on excommunication by the eminent canonist Fr. Timothy Ferguson

Excommunication should not be used as a "weapon." Arguably, there were times, particularly in the high middle ages, when it was used as a weapon in political wars between the Church and State. To the extent that it was used as a weapon, that was wrong.
Excommunication is a medicinal penalty. It is a red flag warning to someone who's gone off the rails that, unless serious steps are taken, one's soul is in grave danger. It is a tool the Church uses out of love and concern for the soul of sinner who has significantly damaged his relationship to the Church and to the Lord who founded Her.
In the Code of Canon Law, excommunication, like all penalties, is subject to a very strict interpretation. The Church does not throw penalties around lightly. Not all sins are excommunicatable. Just because violating the integrity of marriage is not subject to any canonical penalty does not mean the Church does not take adultery seriously.
Canon 1398 establishes that someone who procures an abortion is subject to an automatic excommunication. Previous canons define in a more detailed fashion when a penalty might be mitigated by other factors (for example, someone who is forced to procure an abortion against her will would not be subject to the excommunication. Lack of understanding, significant emotional pressure, and other factors also lessen someone's culpability). Moral theology lays out some clear principles, too, about remote and proximate cooperation in evil acts - e.g., it's generally understood that the doctor who performs the abortion is subject to the penalty, and most would also say the nurse, whose cooperation is necessary, is also subject. What about the receptionist who works at the clinic? The taxi driver who drops off the woman at the clinic? The building owner who leases the property? In general, the more remote one's cooperation is, the lesser degree one is culpable for the offense.
What about the politicians who render the horrific crime of abortion legal - and who celebrate their evil actions with aplomb? Most canonists would say that their participation in this evil while sinful, doesn't fall under the strict interpretation required by the law to subject themselves of an automatic penalty.
I agree.
Yet, there are other canons in the Code.
The very next canon, in fact, canon 1399, states, "Besides the cases prescribed in this or other laws, the external violation of divine or canon law can be punished, and with a just penalty, only when the special gravity of the violation requires it and necessity demands that scandals be prevented or repaired."
This brings up another very important element of the Church's penal law - the prevention of scandal. Scandal is not just "people being shocked." If that were the case, in our current climate, nothing would be scandalous. Scandal is something which leads another to evil. Scandal needs to be singled out, and punished so that the faithful are not led to sin.
In the current situation in New York, I would argue that scandal has been caused. Political leaders, calling themselves Catholic, have shown a callous disregard for the value of human life, for the teachings and the teaching authority of the Church, and indeed for God, the author of life. Permitting them to go unpunished is an offense itself. The Church needs - in love - to point out to them what precarious situations they have placed their own immortal souls. The Church also needs to remind the faithful of how seriously She takes the value of human life. These politicians - and the governor of New York in the first place - need to put on canonical trial and, unless there are mitigating circumstances of which I am not aware, excommunicated for the sake of their own souls, and for the souls of countless numbers of the faithful who are scandalized by his behavior.
at 12:38 PM No comments:

True "Inculturation" in the Liturgy 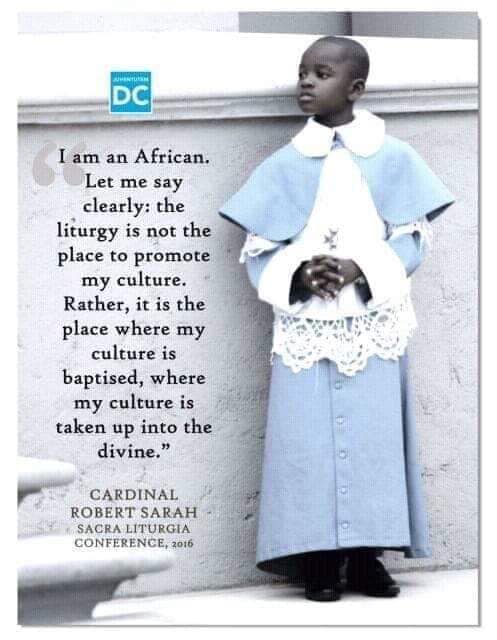 Bring Back the Cappa Magna 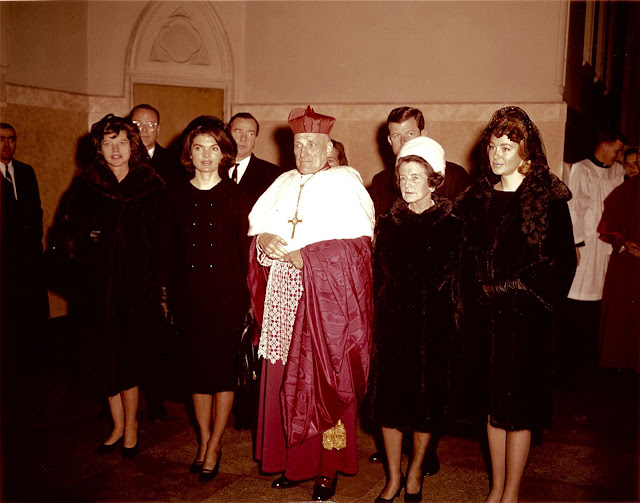 BOSTON, Jan. 19, 1964—"Boston offered cultural and liturgical homage today to the memory of John Fitzgerald Kennedy, a native son.
The tribute was a performance of Mozart's Requiem in D Minor by the Boston Symphony Orchestra during a Solemn Pontifical Mass celebrated by Richard Cardinal Cushing in the Cathedral of the Holy Cross. The orchestra was conducted by Erich Leinsdorf."

"The conservative refuses to accept utopian politics as a substitute for religion."

What The Left Won't Tell You About The March for Life

Jordan Peterson and Roger Scruton on the Transcendent