Vestments Reserved for the Sovereign Pontiff 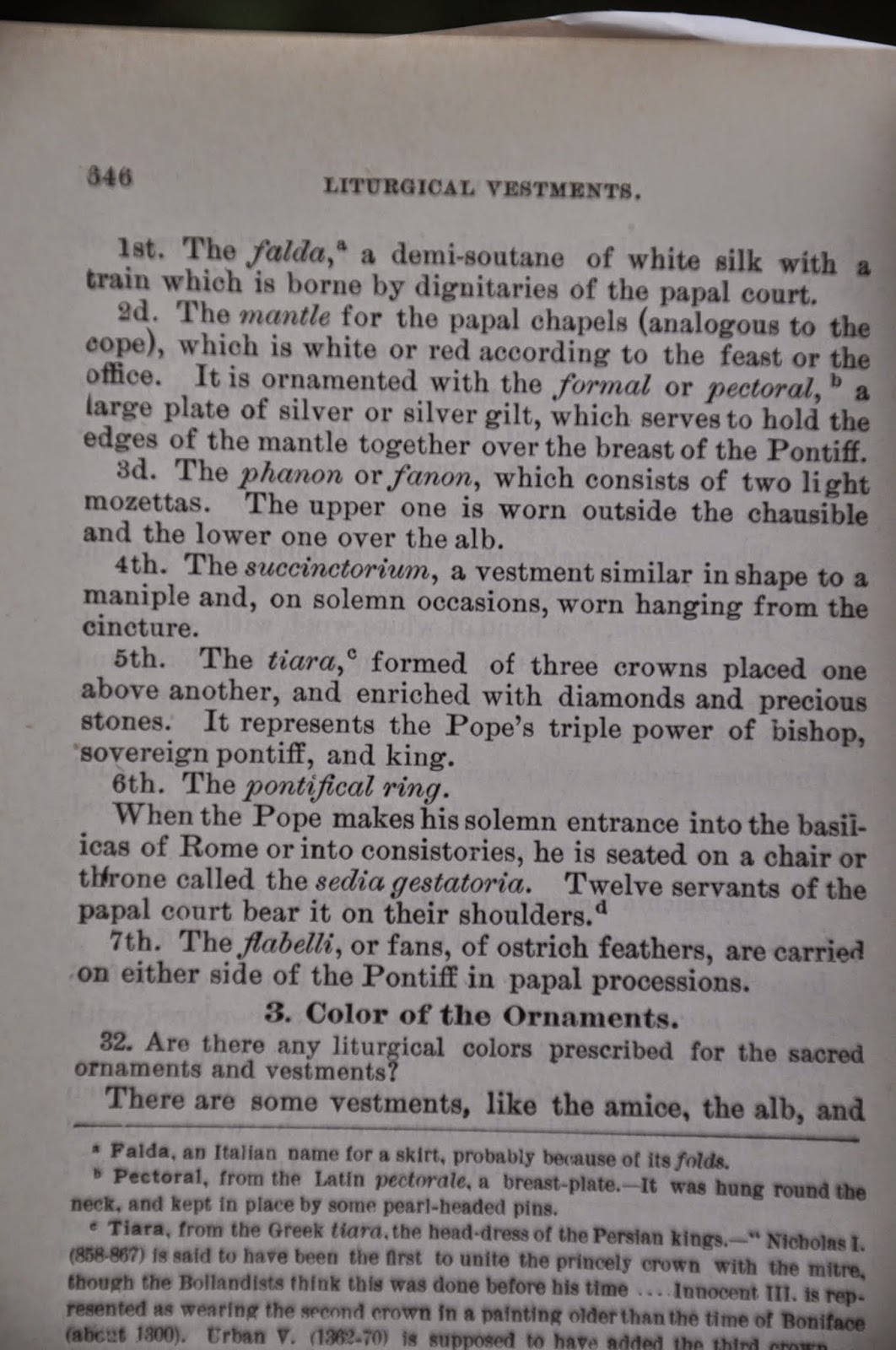 1. The FALDA: a demi-soutane of white silk with a train which is borne by dignitaries of the papal court.
2. The MANTLE: for the papal chapels (analogous to the cope), which is white or red according to the feast or the office.  It is ornamented with the formal or pectoral, a large plate of silver gilt, which serves to hold the edges of the mantle together over the breast of the Pontiff.
3. The FANON: which consists of two light mozettas.  The upper one is worn outside the chasuble and the lower one over the alb.
4. The SUCCINCTORIUM: a vestment similar in shape to a maniple and, on solemn occasions, worn hanging from the cincture.
5. The TIARA: formed of three crowns placed one above the other, and enriched with diamonds and precious stones.  It represents the pope's triple power of bishop, sovereign pontiff, and king.

Exposition of Christian Doctrine by A Seminary Professor, p. 646.