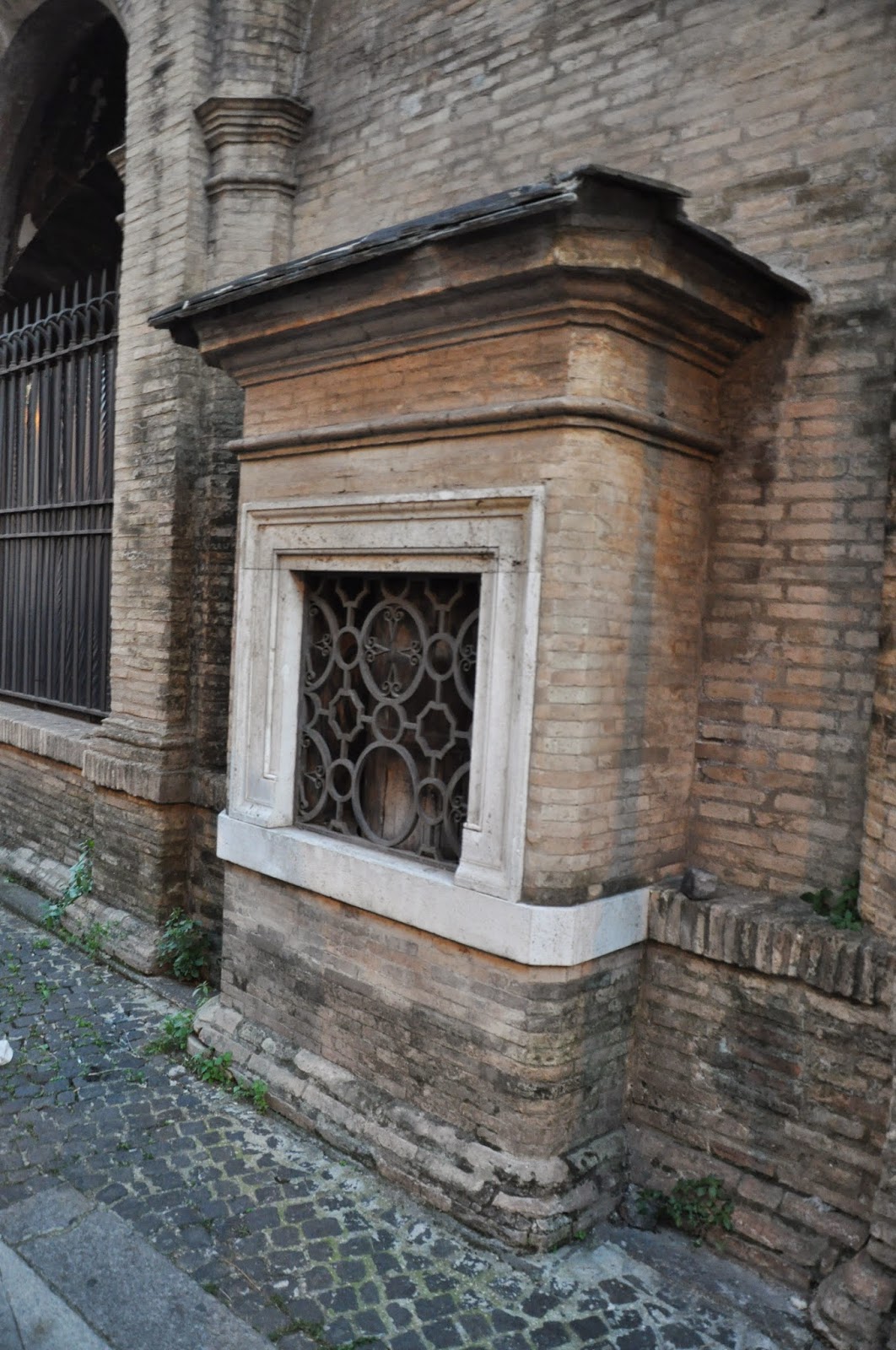 Notice the old turntable wheel covered by the openwork grille?

People walk by this every day and don't think twice.

This is a relic from when the old Schola Saxonum of the Anglo-Saxons was turned into a foundling hospital by Pope Innocent III in 1204.

Every big city had a foundling hospital.  These beacons of hope and compassion were invented by the Catholic Church.  Even New York City had its giant foundling hospital, a favorite charity of Cardinal Spellman.

Today this sort of thing is actually returning.  So many abandoned babies.  St. Paul's Hospital, located in downtown Vancouver, I hear has reinstated something like this.

The present building you see in the photo was erected by Sixtus IV in the fifteenth century, still as a foundling hospital, an it accepted trovatelli foundling babies until the early twentieth century.

The turntable in the wall held a small crib in which the infants were placed.  A bell was rung and, while the depositor slipped away unseen, someone inside revolved the wheel and removed the baby.  Close to the turntable was a second grille for the use of those who thought of adopting a child, and by looking through this grille, they could see if there was a babe that spoke to their heart.

Today this building is empty.  I have been inside a few times.  Sometimes chairs are set up for lecture events.  It appears to the public from the outside to be an abandoned church.  The building ought to be open for pilgrims and tourists alike to see the frescoes and to marvel at the architectural delights.