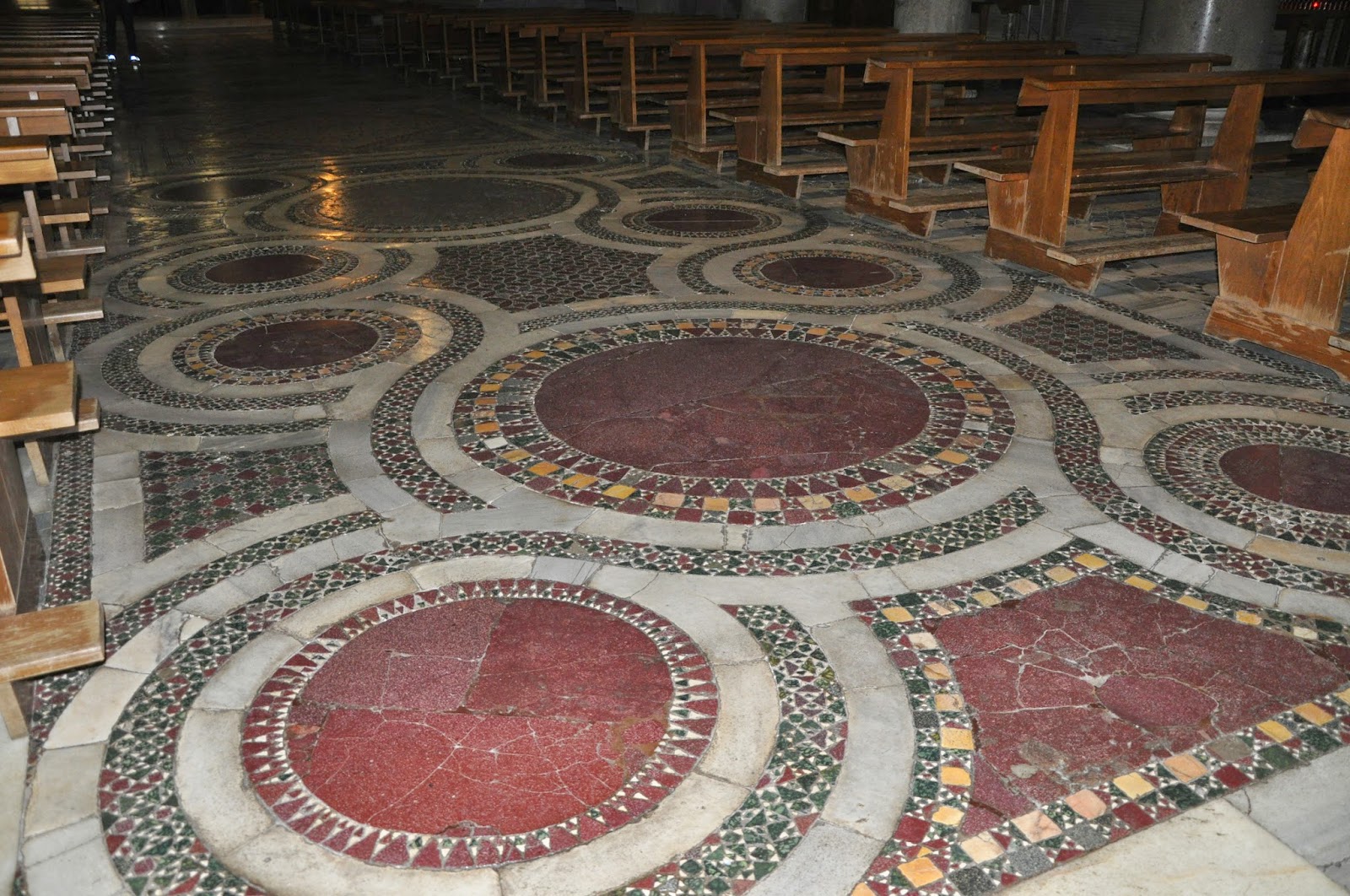 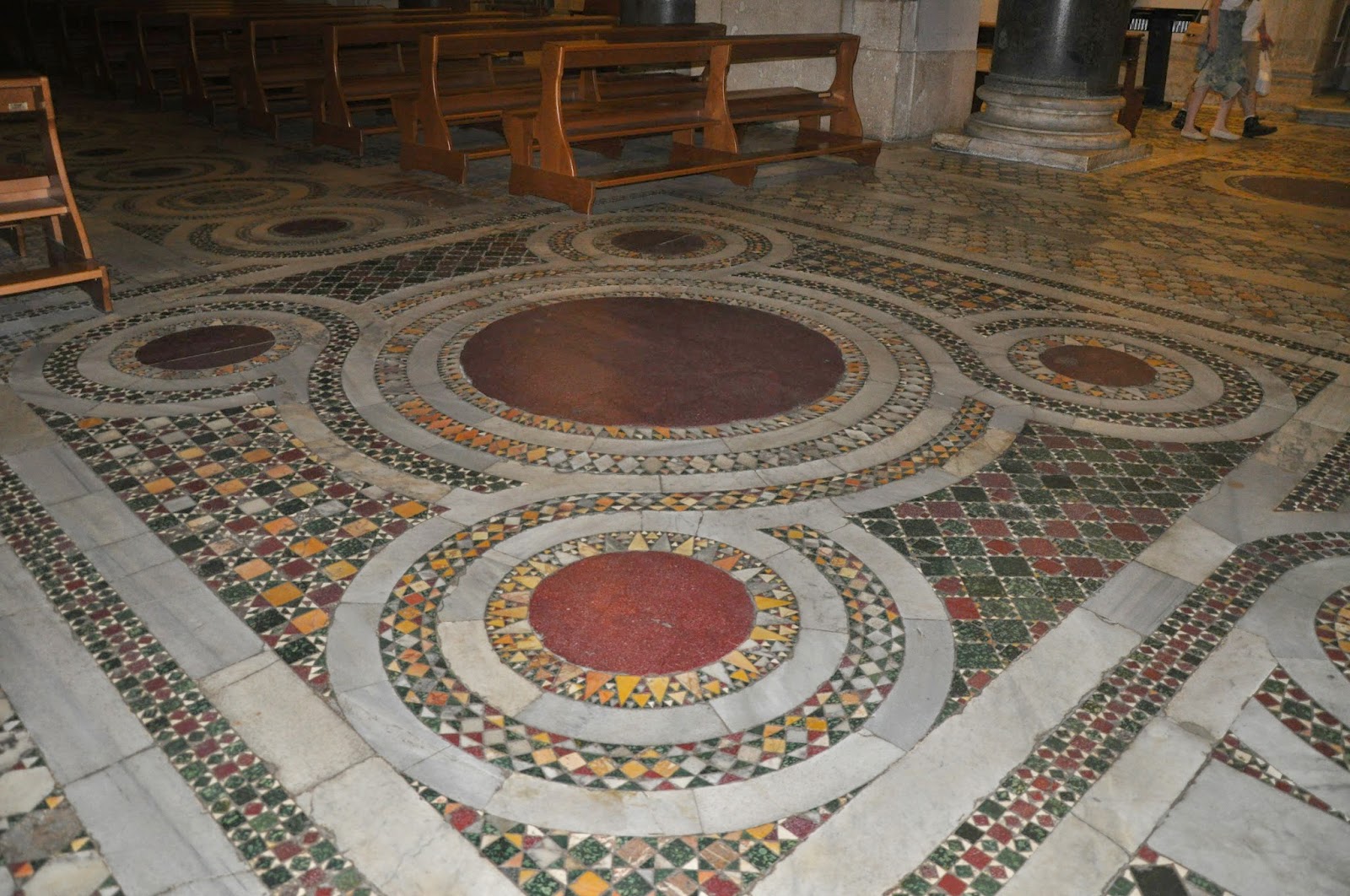 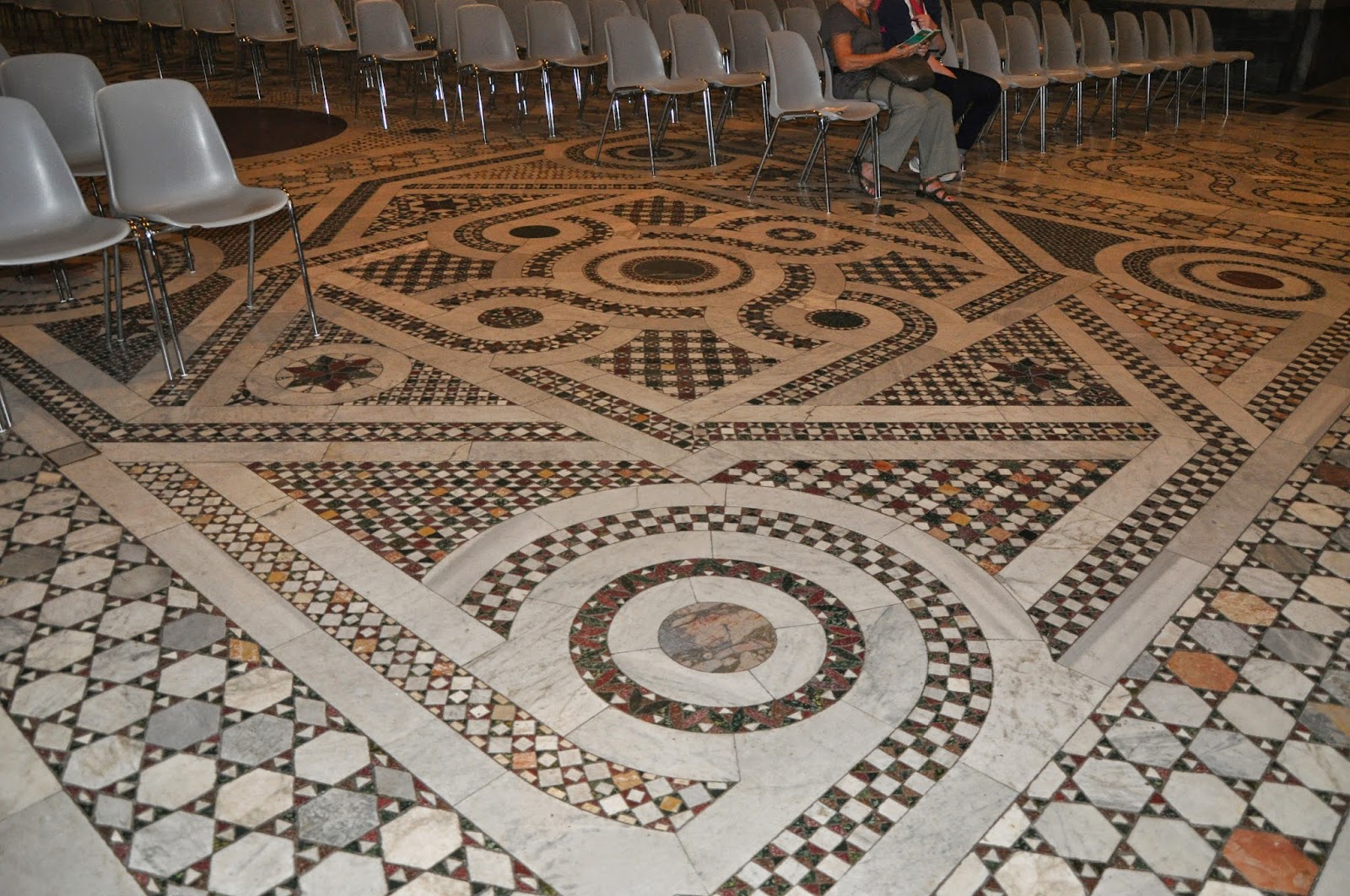 In an effort to make the most of what was left of ancient Rome's rubble - available construction materials found here and there, while still satisfying the traditional local and Byzantine rules of design, the Cosmati fractionized the basic motifs of their patterns through a mechanism of subdivisions that involved breaking a figure into small pieces by inscribing its inverse within in.

The Cosmati were Roman artists who worked in and near Rome during the second half of the Middle Ages.  The essence of Cosmatesque art lies in its ornament, specifically in a particular type of flat polychrome geometric ornament.

Cosmatesque designs are rich with meaning and hidden symbolism.  My personal favorite is the Quincunx (a double-cross motif).  This you might say is the underlying geometry of the Quincunx-in-square.  It is the highlight of ornaments in the Cosmatesque designs.  An arrangement of fine things in a square or rectangle with one at each corner and one in the middle.  The cross of St. Andrew.  The same "X" traced on the floor during the consecration of a new church.
at 11:31 AM