Traditional Church in Chicago to be Saved 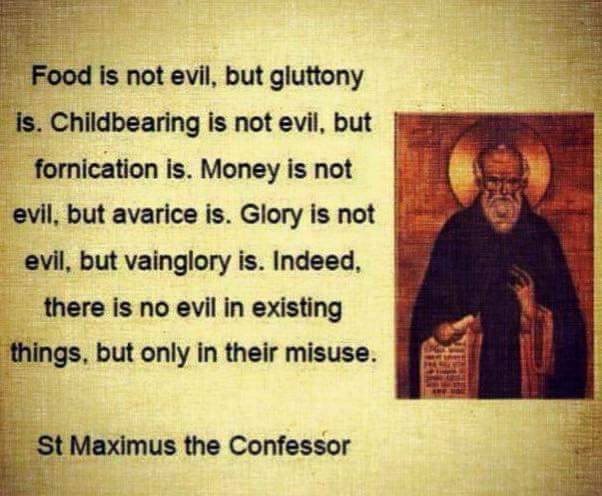 The Abbey of Regina Laudis in Bethlehem, USA

"The Latin Mass was replaced by Mass in English in most American churches but not at Regina Laudis.  The chant, too, was discarded by others, but Reverend Mother held fast that St. Benedict's edict "You will sing the Office" was at the heart of the foundation and must be kept.  Regina Laudis remains one of the few religious communities in the United States that sings the whole of the Mass and Divine Office in Latin."

http://abbeyofreginalaudis.org/
at 9:37 AM No comments:

Save the Shrine in Chicago!

Effeminization of the Liturgy in Italy

Sacrilege in the City of Angels: Los Angeles Cathedral Turned Into a Party Hall for Rent 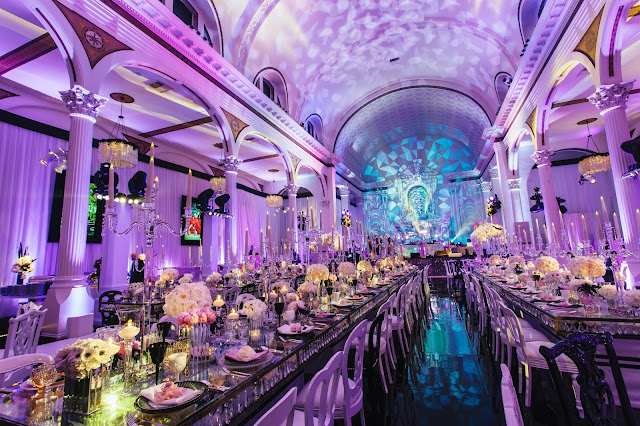 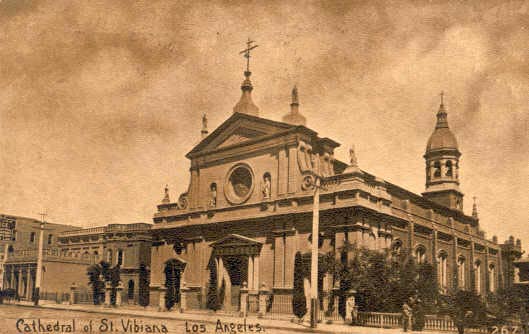 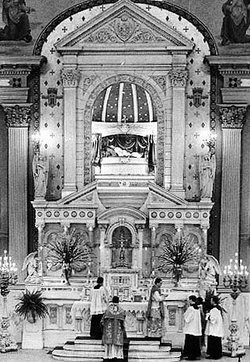 Very disturbing to see the power of Satan when we hand over the keys to him.

Some of the images of the events going on in here are unspeakable, including homosexual "weddings," lewd fashion shows and mockeries inside the old confessional boxes.

A lot like what the Communists did.  Visit Cuba and see the Catholic churches closed - even in Havana - and turned into entertainment halls for rent.

In addition, the historic old rectory was sold and converted into a restaurant called "Redbird."

God help us on the day of reckoning.

One of the nicest guys you will ever meet.

The pillar of his parish community.

He always came over with a big smile to say hello after Mass and to reminisce about the old days on the Chartres Pilgrimage in the 1990s.  I looked forward to seeing him every time I entered or exited the church.

He is a French-Canadian Catholic par excellence and patron of the Chartres Pilgrimage.

He was one guy who got it.  He understood what it meant to be Catholic in this difficult time amidst a sea of change.

Bernard, thank you for always being so nice.  This added so much to the parish.  Everyone felt welcome.  Your greatest testament will be your fine book on the history of St. Clement's, which I discovered in a desk drawer in Vladivostok, Russia.  How fitting, now we have St. Anne's, a more fitting, permanent and lasting home.

May your prayers lead countless more Canadian youth to participate in the annual pilgrimage from Paris to Chartres so as to be transformed forever to re-enter the world as ambassadors for Christ and the Church. 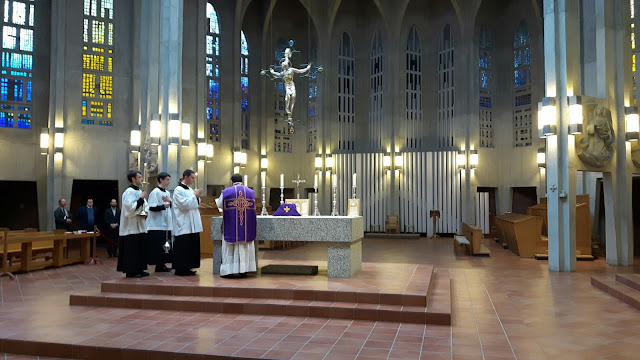 A beautiful and inspiring Mass at the Benedictine Abbey of Westminster in British Columbia, Canada.

Many thanks to Fr. Pablo and Carl!

“If you wish to hear Mass as it should be heard, you must follow with eye, heart and lips all that happens at the altar.”

Witness the Rite of Ordination 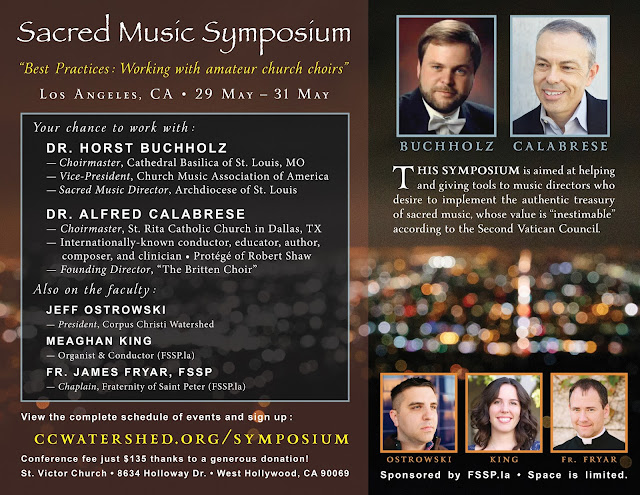 Dear Catholics: get involved and attend this conference!

http://www.ccwatershed.org/symposium/
at 2:21 AM No comments:

Pray for Our Troops

"The most pressing duty of Christians is to live the liturgical life, and increase and cherish its supernatural spirit."

The Oldest Living Bishop in the World: Born During the Reign of Pope St. Pius X

The oldest of nine children.

Ordained inside the Cathedral of Notre Dame in Paris in 1939.

He is a witness to history.  Pray for him.

https://www.pinterest.com/fultonsheen/family-of-archbishop-fulton-sheen/
at 4:15 PM No comments:

Anthem of a Catholic Kingdom

How to Teach Latin (Hat Tip to NLM Blog)

"The beard signifies the courageous; the beard distinguishes the grown men, the earnest, the active, the vigorous. So that when we describe such, we say, he is a bearded man."

An old friend from university days is doing great work with the old-school Detroit Grooming Company.

"In illa hora dabitur vobis quid diceris - In that hour it shall be given unto you what to say." 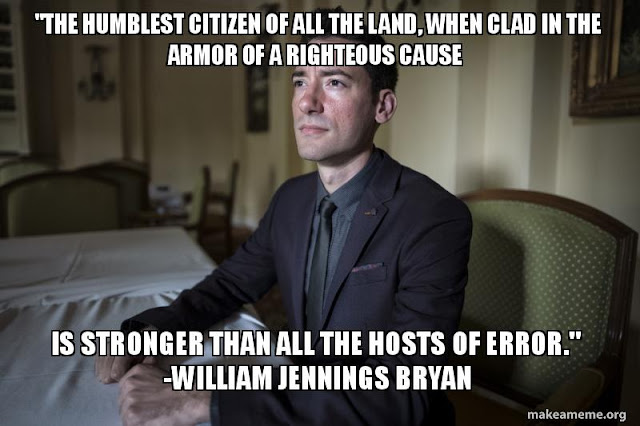 "...and by keeping silence we would seem to neglect the duty incumbent upon us."

We all have a duty to speak out.  Support David.

http://lldf.org/i-stand-with-david-daleiden/
at 3:38 PM No comments:

"Do good while you still have time."

Youth Defence of Ireland: Building a Culture of Life 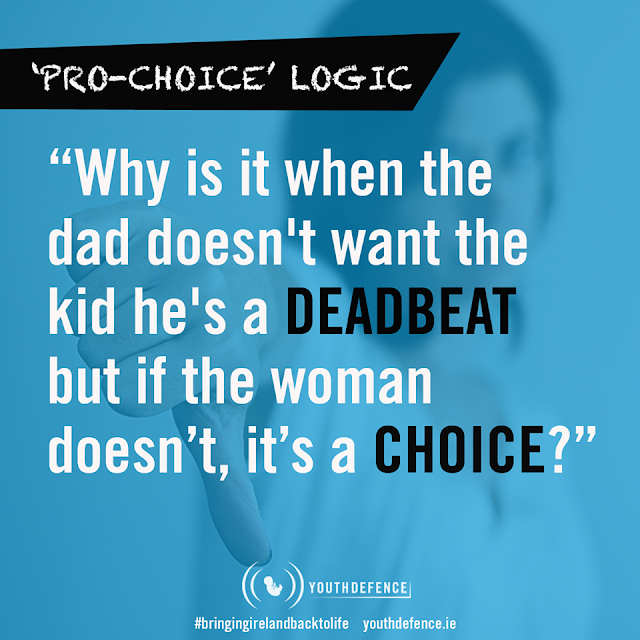 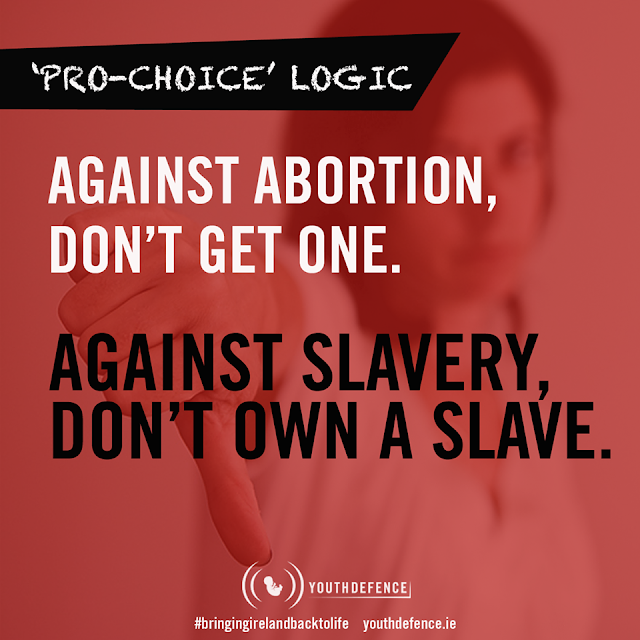 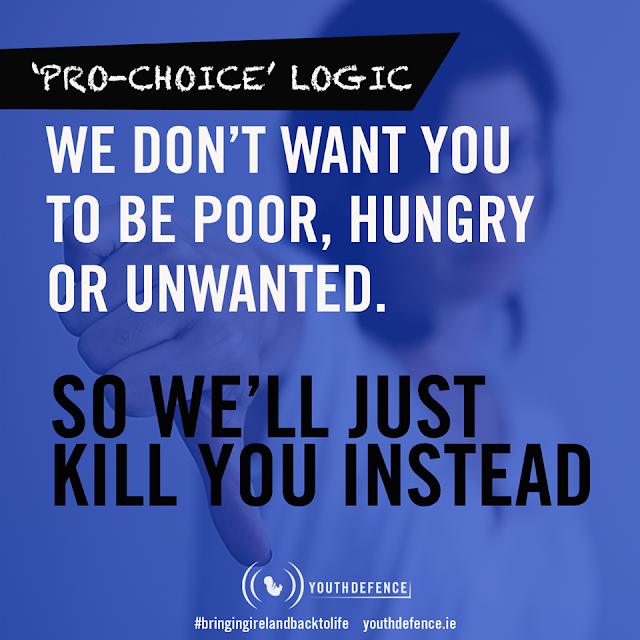 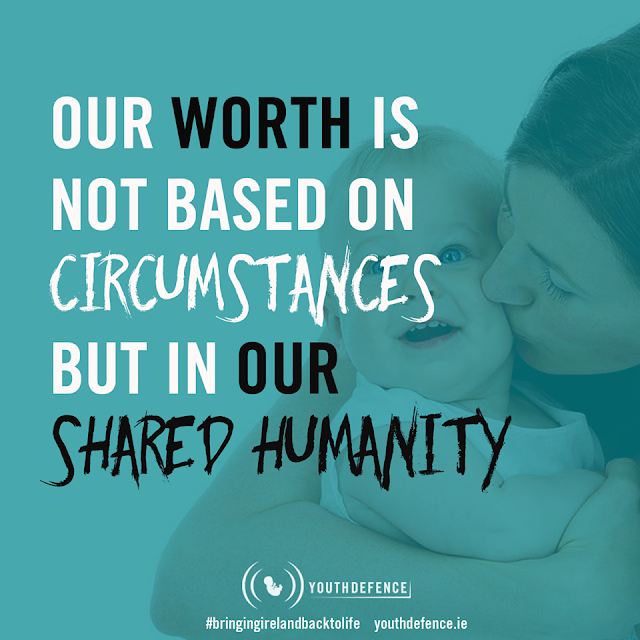 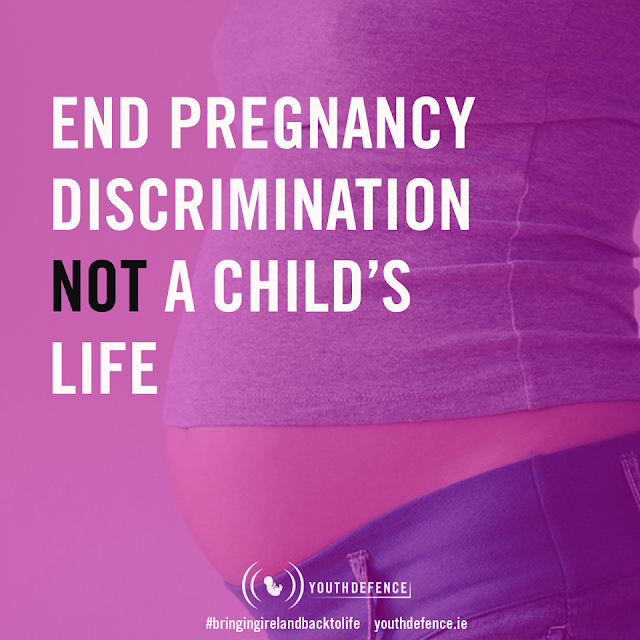 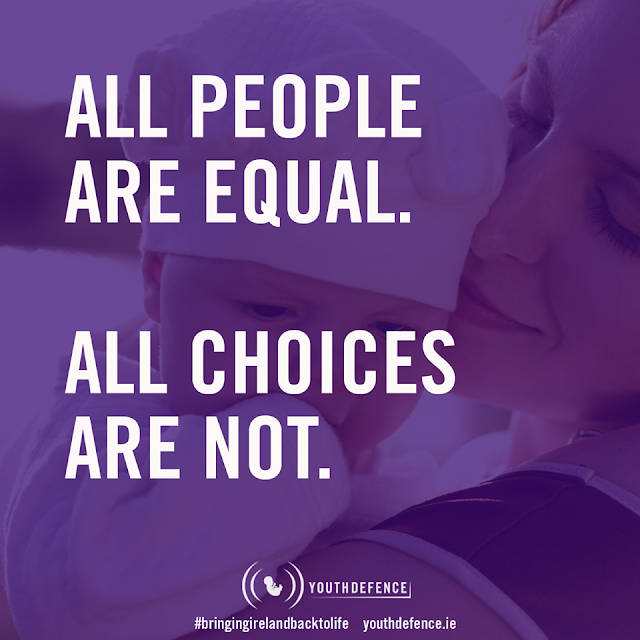 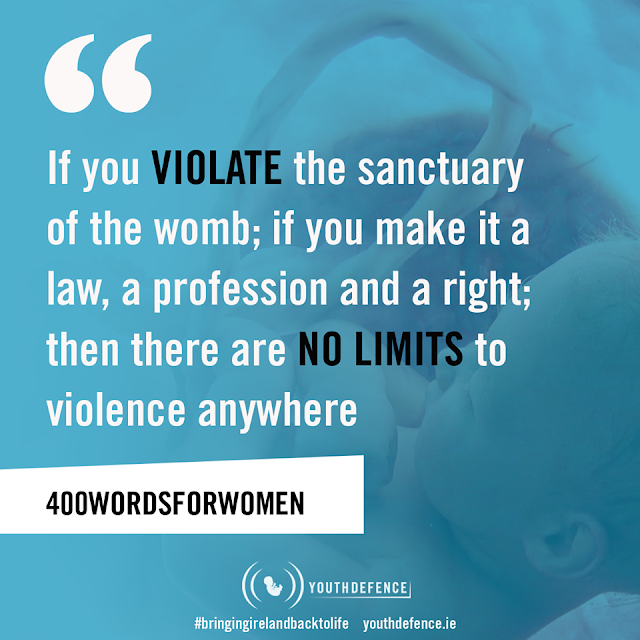 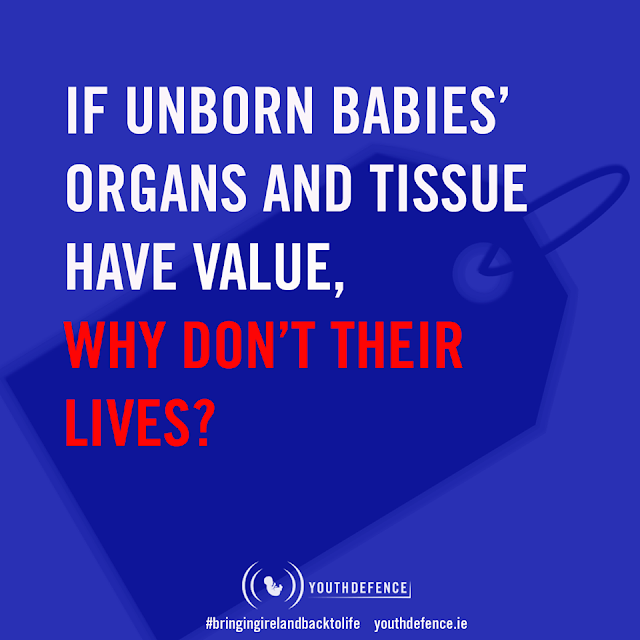 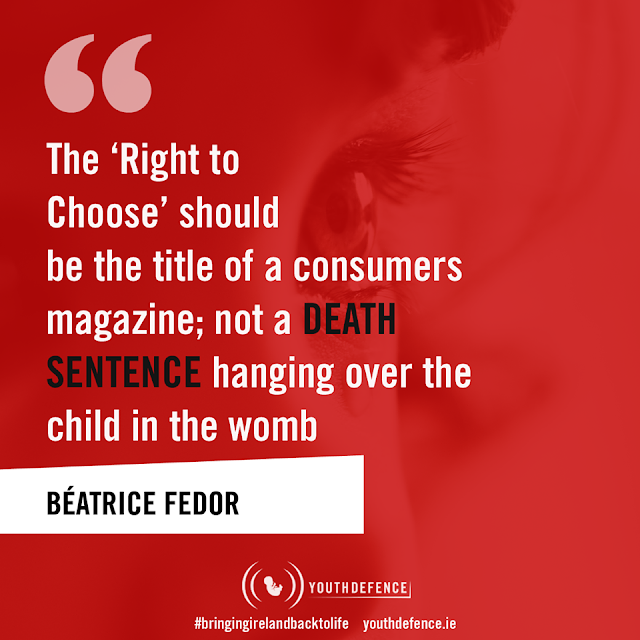 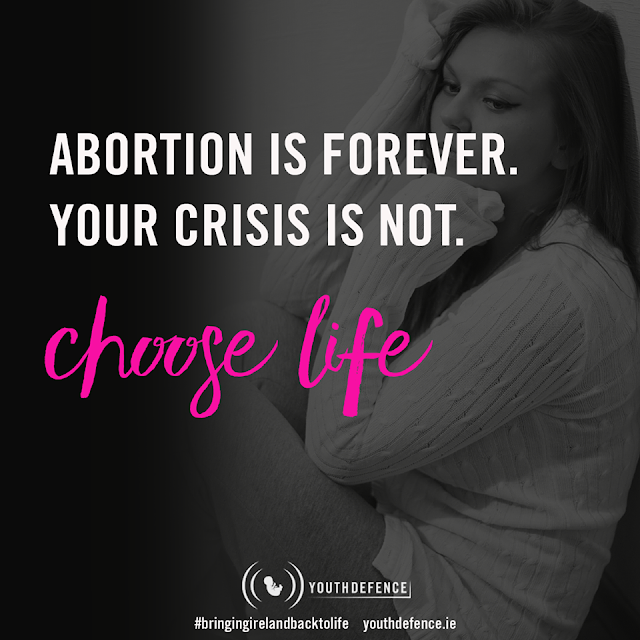 This is how it's done thanks to Ireland's leading pro-life pioneers.

Reaching youth and resonating with them.

Support them with a generous heart:  http://www.youthdefence.ie/. 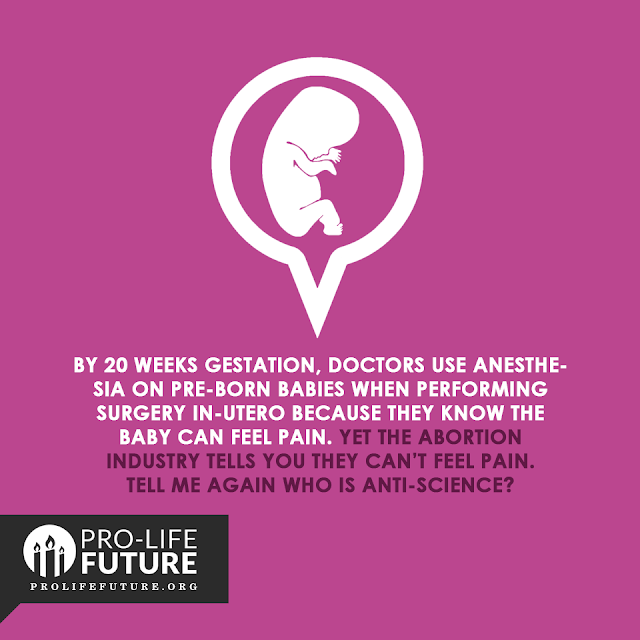 "Marriage teaches spouses humility and makes them realize that the human person is a very poor lover.  Much as we long to love and to be loved, we repeatedly fall short and desperately need help.  We must bind ourselves through sacred vows so that the bond will grant our love the strength neessary to face the tempest-tossed sea of our human condition." 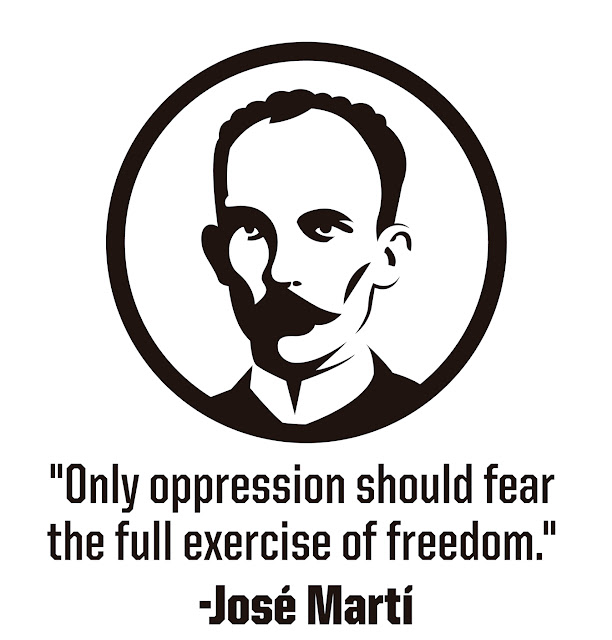 The full exercise of his - and our - freedom is in peril.

Support David as he exposes the oppression of the corporate baby killers.
at 1:49 PM No comments: 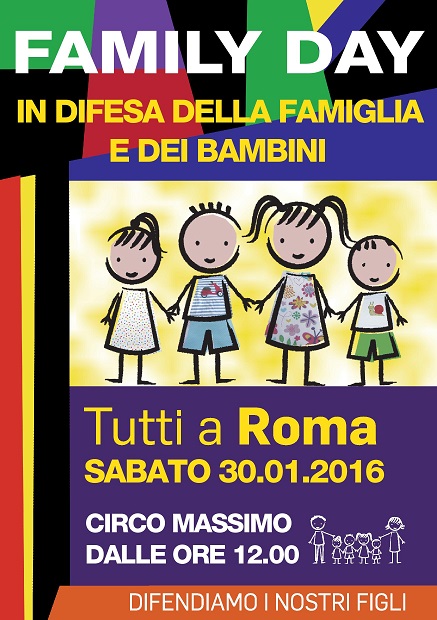 The event was a huge success.

To protect children and all citizens from the menace of unnatural marriage.

Radici Cristiane is by far the best Catholic magazine in Italy.

Top notch.  I have always thoroughly enjoyed it.

Learn Italian and subscribe: http://www.radicicristiane.it/
at 5:28 PM No comments:

An inspiration.  Russians are a deeply liturgical people.  It is in their soul.

God bless Oleg-Michael, whom I once had the honor to meet at the Una Voce conference in Rome.  Maladets, moi droog!
at 5:21 PM No comments:

We support Alissa and her new organization, RightNow.

She does amazing pro-life work.  God is with her.

You can support her work, too:

It will take new initiatives such as this because the old ones have expired in their reach.
at 1:58 PM No comments: 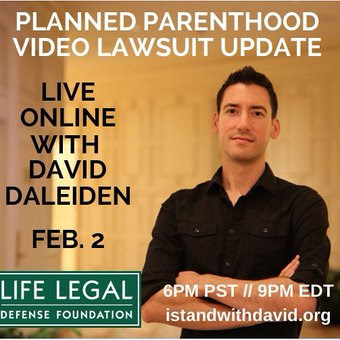 I ask everyone to kindly give and support his noble cause.

David is helping to expose the evil of human organ trafficking.

The big guns of the abortion moguls are pointed at him.

"Breaking the vow of marriage - to be faithful until death - is not only against true love, but it also hurts the children in a special way.  Our children depend on us for everything - their health, education, care, values, guidance, and above all - our love.  But in some cases the mother and father have no time for their children, or the unity of the parents is broken so that the children leave home and wander here and there, and the number of such young people keeps increasing from day to day."

"When my husband converted to Catholicism, he discovered a wonderful new dimension of marriage: its sacramental character as a fountain of grace." 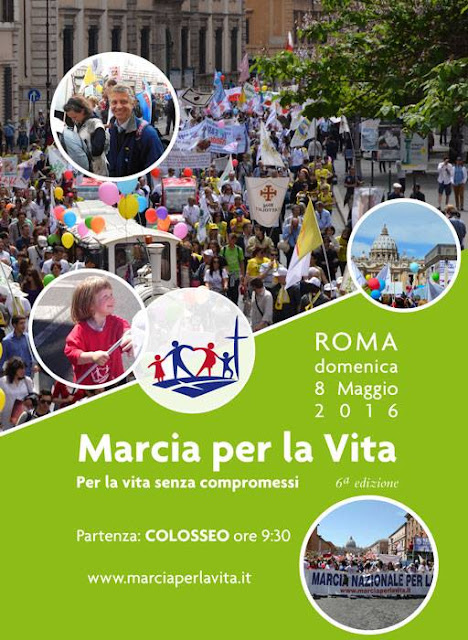 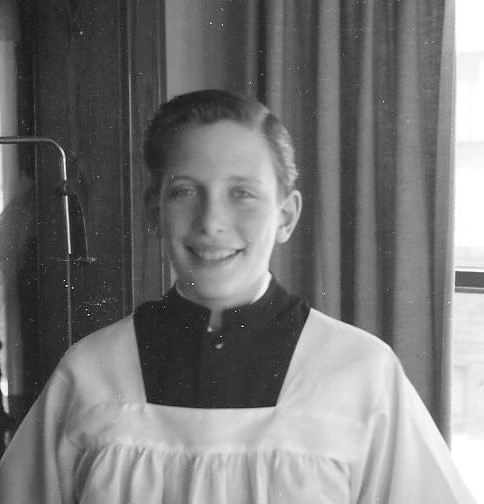 Actually, it was a fine time to grow up.

Everybody had kids then.  My grandparents had 5.

There were so many boys in the parish, the boys were only permitted to serve at the altar for a couple of years.

Each boy had to purchase his own cassock and surplice and keep it at home.

Dad recalls the boys would race each other to see who could finish the Confiteor first.

Dad still remembers some Latin, mostly lyrics from the hymns (Credo, Gloria, etc.) as well as the sign of the cross.

There were very few automobiles and no TVs and so the kids - who were plentiful - played in the streets.

It was a different time.  Dad loved cars.  He was good at math, too.  The education was good in the school.

He received a good catechetical basis for his faith from the nuns.  He was taught to work and was very disciplined in this area.

Dads were typically stern and sometimes feared, but he was close with his dad.

There was an auxiliary bishop in residence at his parish (1948 - 1956).  He was harsh and the boys feared and disliked him.  The nuns too, were often stern.  They put the fear of God in the kids.

Those were indeed the days.

February 2nd: Happy Purification (You Can Take Your Manger Scene Down Today)

Our Lady of the Guard, Marseille, France 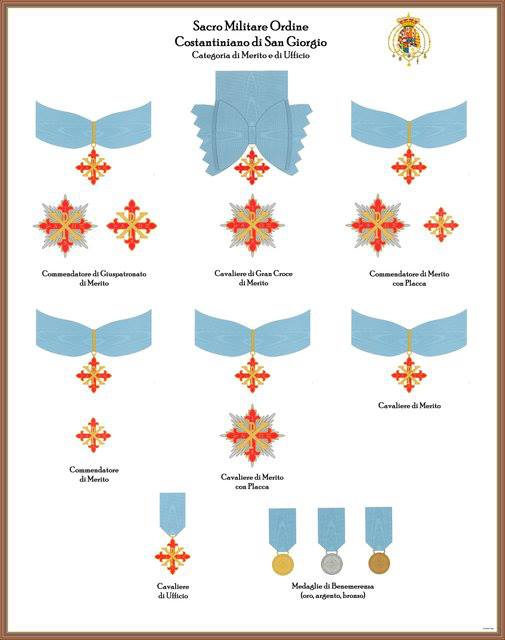 https://en.wikipedia.org/wiki/Sacred_Military_Constantinian_Order_of_Saint_George
at 3:49 PM No comments:

Pastors: Promote the Chartres Pilgrimage in Your Parish 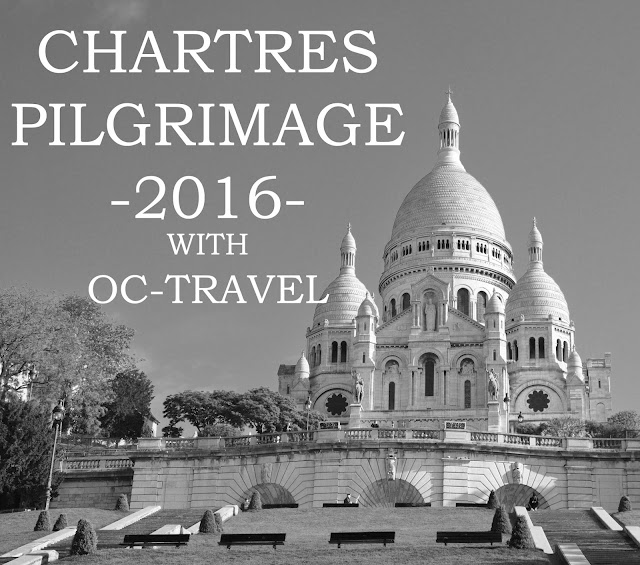 If you have never been on the "Chartres Pilgrimage," then you are really missing out.

You need to know about this and promote it for the sake of the young people in your parish.

This is the largest annual traditional Catholic event of the year.

Approx. 20,000+ participants from across France and beyond meet in Paris and walk from Notre Dame to Chartres Cathedral.

France is a very large country -- with a very dedicated core of traditional Catholics.  They have much to offer the world.

"If a father and mother are not willing to give until it hurts to be faithful to each other, and to their children, they are not showing their children what it means to love."

Cause & Effect (We are The Signal Hill)