It's Time to Visit Poland & Czech Republic with the FSSP! 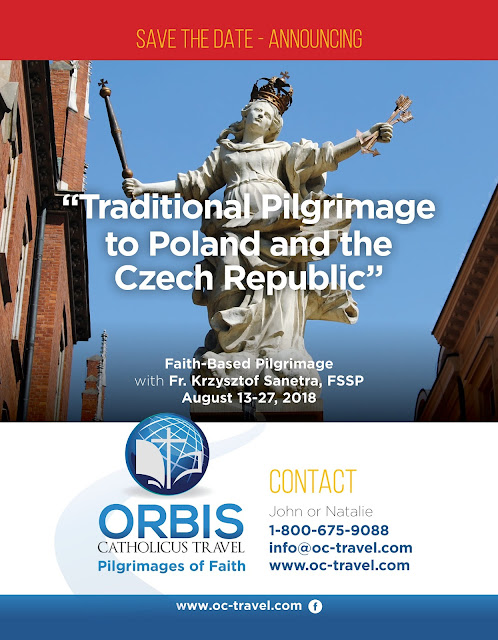 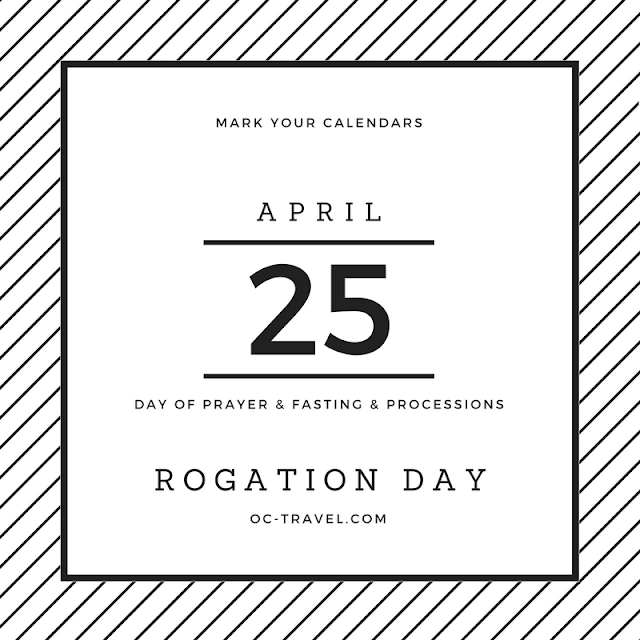 Every Catholic home ought to celebrate the Rogation Days!

Pray the Litany of the Saints with your kids on this day every year. 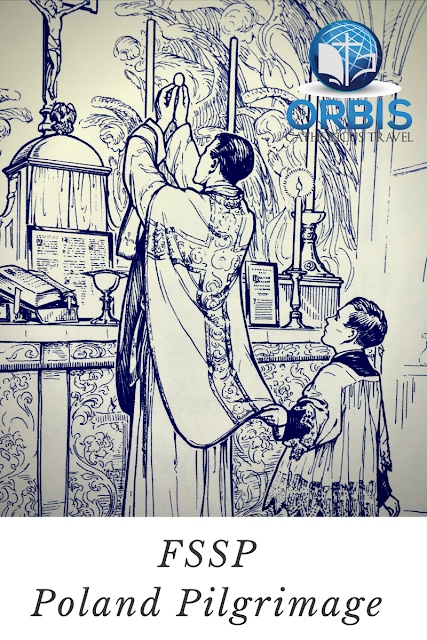 Reaffirm and celebrate your traditional faith on this unique FSSP Pilgrimage exploring the rich history of Catholicism in Poland and the Czech Republic while seeing some of the most cherished shrines for 3 great feasts: St. Maximilian Kolbe (August 14), the Assumption of Our Lady (August 15) and Our Lady of Częstochowa (August 26). Register now to avoid disappointment. For more info, see here:
http://oc-travel.com/poland-august/
at 9:25 PM No comments: 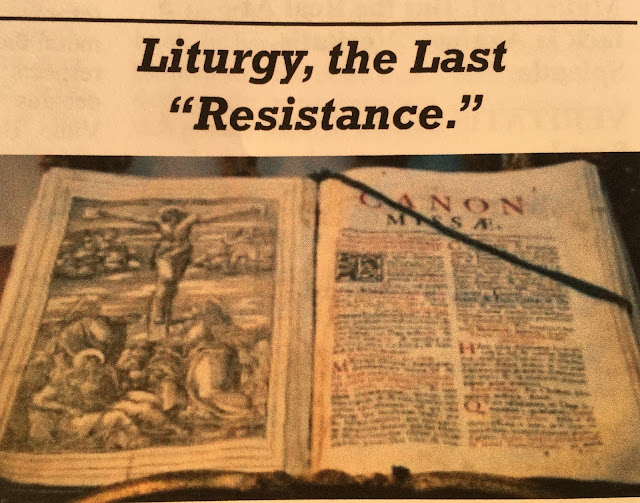 “AVOID RELIGION, MORALITY AND POLITICS, they say. GOOD WAY TO PLAY IT SAFE. BUT HEY, I’M A CONTRE-COURANT KIND OF GUY!” -JPSonnen

Historic Catholic Cathedral in Vladivostok, Russia, Survived the Purge of the Communist Revolution 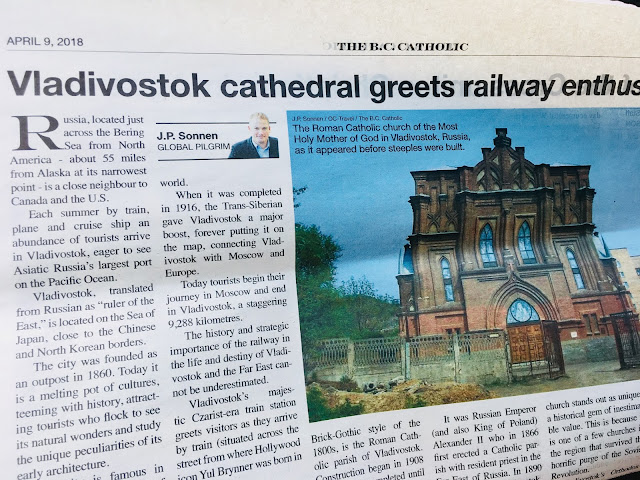 I have been here twice to visit.

https://bccatholic.ca/content/vladivostok-cathedral-greets-trans-siberian-railway-fans
at 10:19 PM No comments: 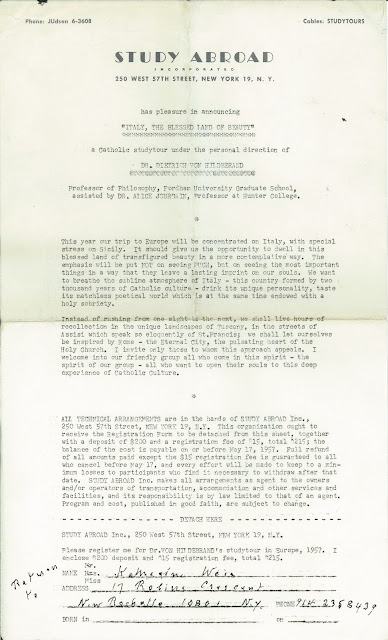 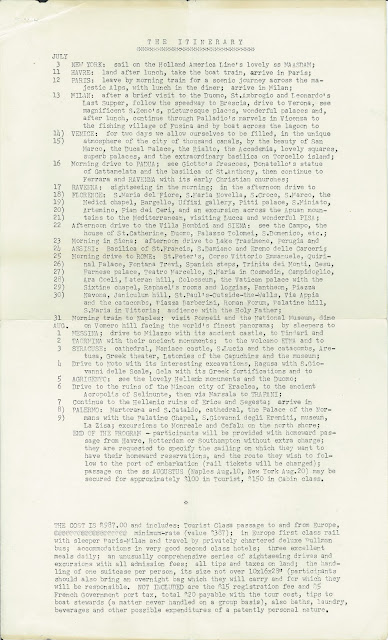 This is a gem from DVH.  I wanted to share this with all.  We are working on re-creating something very similar to be offered by Orbis Catholicus Travel.  We will keep you posted.  Of course it could never be this epic.  Those study tours in the fifties were utterly breathtaking, amazing in every way, uniquely legendary and totally unrepeatable.  Transatlantic sea travel today sadly makes the price prohibitive.
at 7:37 PM No comments: 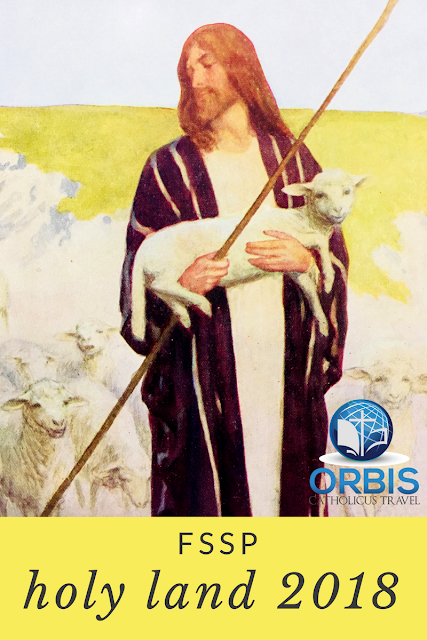 Announcing: FSSP Holy Land Pilgrimage with rare Jordan extension! Nov. 25 - December 10, 2018. Join Fr. Michael Passo, FSSP (pastor of Mater Misericordiae in Phoenix, AZ) for daily EF Mass and ALL meals included. Our local guide is a Knight of the Equestrian Order of the Holy Sepulchre of Jerusalem. Do not miss out. Space is limited.
http://oc-travel.com/holy-land-november/
at 10:01 AM No comments:

The Family: The Last Resistance 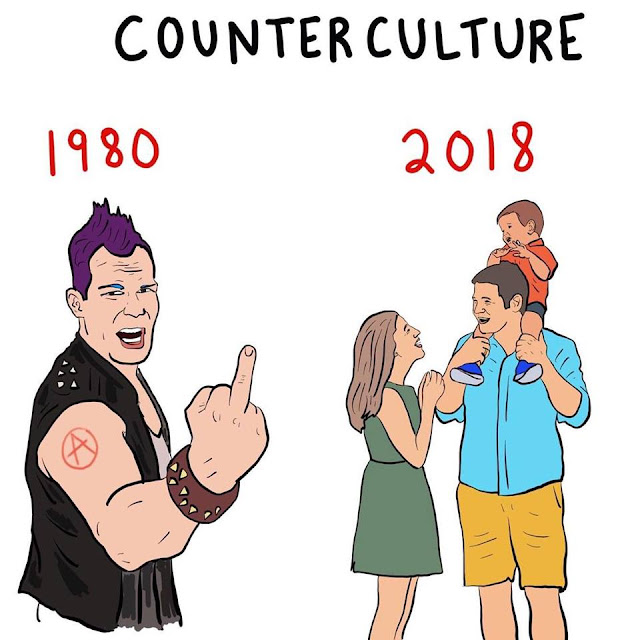 Grow up, get married, have kids, and you are way ahead of the game.  It's that simple.  And difficult.  Not for everyone, but it is most people's call.
at 9:28 PM No comments: 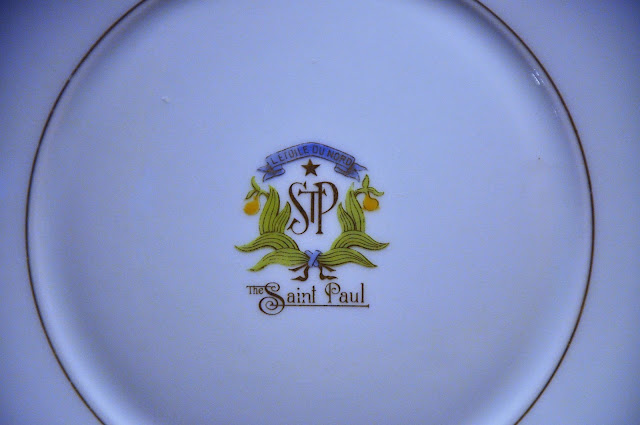 https://www.saintpaulhotel.com/
at 9:26 PM No comments: 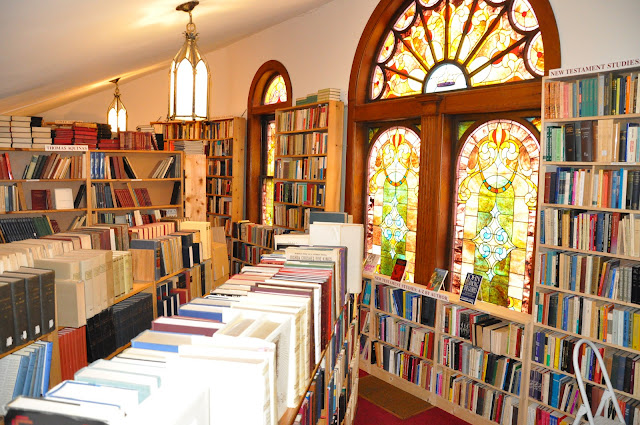 He is one of a handful of Americans who studied under Ratzinger during his professor days at the University of Tübingen in Germany.

Thank you, Tom, for creating the English-speaking Catholic world's greatest used book shop.  It brought hours of joy to many of us when we visited the old Swedish church in Stillwater, Minnesota.  Let us hope it will one day return to the same church, now owned by your daughter.

Thomas Michael Loome, 83, passed away on March 31 of complications of Parkinson’s Disease. He was preceded in death by brothers, Charles and James and daughter Margaret Mary. He is survived by his loving wife of 37 years, Karen; by children Felicity, Thomas Noah, Cecilia (Jon Moler), David (Anna); granddaughters Fiona and Lydia Moler; and by sister, Carol (Moe) Powers.

Tom was born in 1935 in Watertown, NY to James and Margaret (Harrigan) Loome on March 7, the traditional feast day of St. Thomas Aquinas, patron of teachers. Upon the death of his mother when he was 9, and with his father overseas during WWII, Tom settled with relatives in Boston, and later moved to California with his father and sister. He attended the Christian Brothers’ high school and college (St. Mary’s) in Moraga, CA and entered the Christian Brothers order in 1952.

Tom taught high school before moving to Germany in 1968 where he earned his Doctorate in Theology at the University of Tübingen. Upon his return to the US in 1976, he left the Christian Brothers and taught college, first at St. Mary’s, followed by St. Anselm College in Manchester, NH and the College of St. Catherine in St. Paul. Tom and Karen met at St. Anselm’s and later moved to Minnesota.

Tom is most known for the bookstore he and Karen established, Loome Theological Booksellers, in Stillwater MN. This became the largest second-hand bookstore specializing in works of theology and philosophy in North America.

Tom was active at St. Michael’s Catholic Church in Stillwater, where he taught adult Catechism and other courses for many years. With Karen, he founded the Stillwater Catholic Worker Community in 2000. He was also dedicated to the pro-life cause, and was a vital part of the St. Croix Valley Life Care Center.

Tom will be deeply missed by his wife and children, other family members, and by his many friends.

A Mass of Christian Burial will be held at St. Michael’s Catholic Church, 611 South Third St., Stillwater at 11:00 am on Friday, April 6, preceded by visitation beginning at 10:00. The wake will be held on Thursday, April 5, at The Old Swedish Church, former home of Loome Theological Booksellers, 320 N. Fourth St., Stillwater, from 4:00 to 7:00 pm. (Dress warmly). Memorials are preferred to the Stillwater Catholic Worker Community or to the Loome family, and can be sent to 522 Maple St. W., Stillwater, MN 55082.

Pray for Victims of Sexual Abuse and Prosecution of the Guilty

March for Life in Rome! #perlavita2018 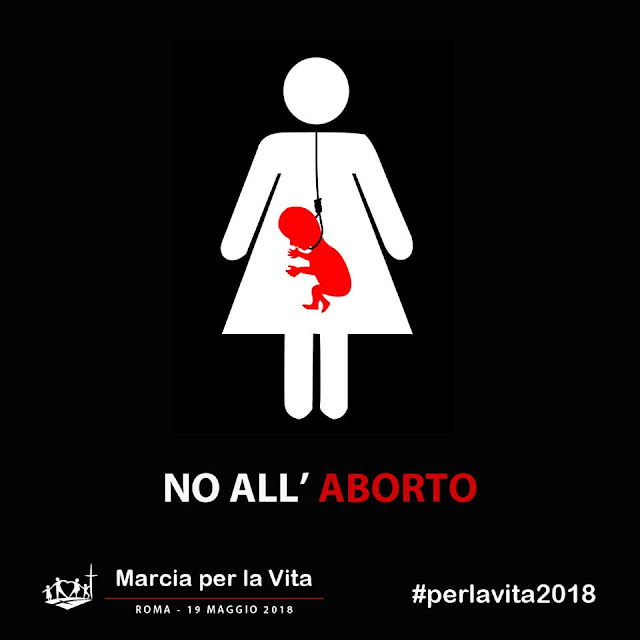 This has become the ONE BIG event in Rome each year.  Every citizen should participate.
at 2:24 PM No comments:

Restore Our Men to Christian Manhood 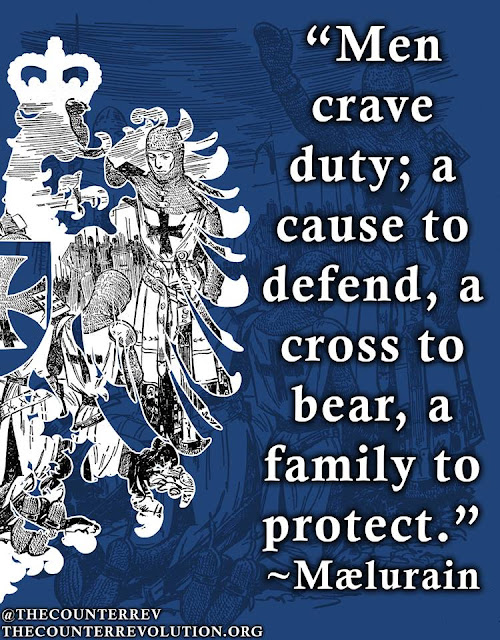 http://www.unamsanctamcatholicam.com/history/90-history/sancti-obscuri/212-maelurian-of-tallaght.html
at 12:11 PM No comments: 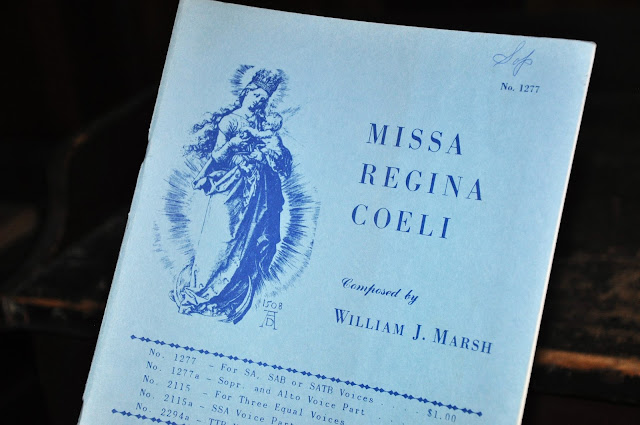 A lovely Mass which my grandfather introduced me to at the Church of the Assumption in St. Paul, Minnesota.
at 2:37 PM No comments: 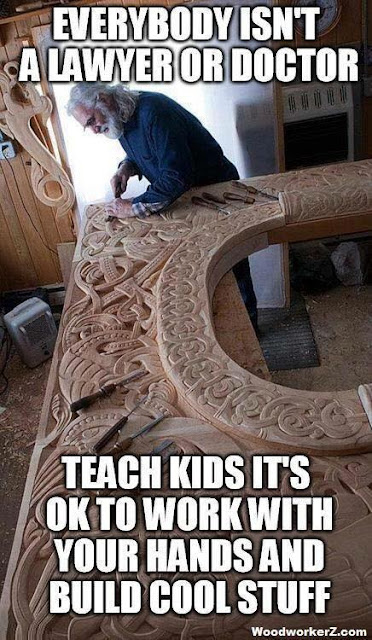 One of the Biggest Problems in the World Today: Fatherlessness 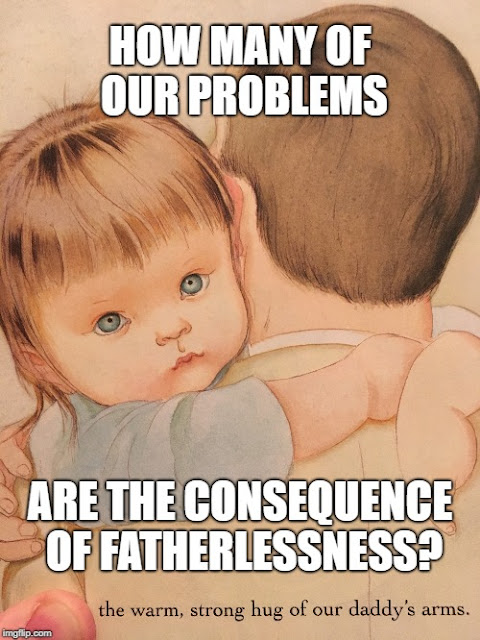 Archbishop Sample on the Traditional Mass

Catholic Culture: the "Strepitus" at the Conclusion of Holy Week Tenebrae 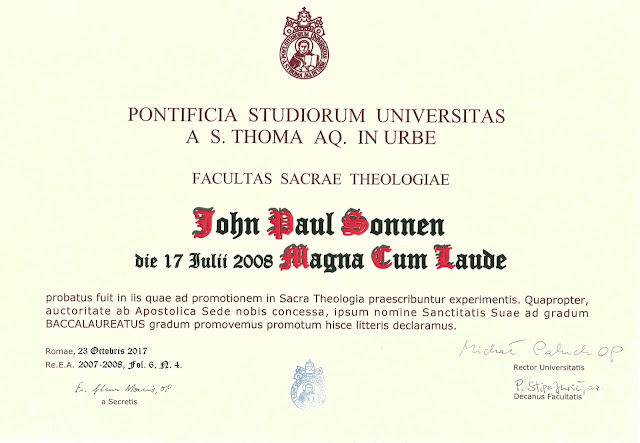 Study in Rome and get yourself one of these.

This terrific initiative has my full support (it is my home parish!).
Sts Joachim & Ann Parish in Aldergrove, British Columbia, Canada will host the inaugural BC Sacred Music Symposium from July 20-22, 2018.
SEE & SHARE VIDEO HERE: https://vimeo.com/262417363
For registration and more information: http://stsjoachimandann.org/symposium
This event aims to bring together musicians of all skill levels and those interested with a general interest in sacred music for a weekend of instruction, collaboration and fellowship.
There will be an opportunity to attend practical workshops (beginner, intermediate and masters) and lectures and to experience the riches of the Church’s musical tradition through celebrations of sacred liturgies in both the Ordinary and Extraordinary Forms.
at 9:47 PM No comments: