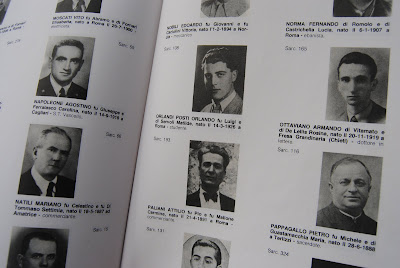 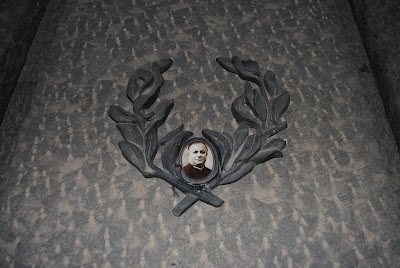 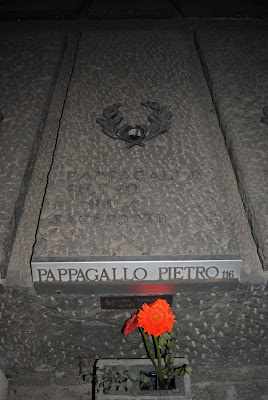 Rome's mausoleo delle Fosse Ardeatine with the tombs of i martiri Ardeatini.

The massacre of 335 Italians took place here on March 24, 1944 in the pozzolana caves just outside Rome.

Victims belonged to every professional category and social condition: 68 military, 9 farmers, 41 craftsmen, 9 artists, 71 merchants, 1 diplomat, 33 professionals, 37 employees, 47 workmen, 6 students and 1 priest.  The order came from Hitler.  70 were Jews.  The youngest was 14.  The oldest was 75.  Everybody was shot in the head.

"In broad daylight on March 23, 1944, a group of 16 partisans (G.A.P.) accomplished a sensational attempt against an armed division of 160 S.S. marching along Via Rasella.  An explosive charge, hidden in a hand-cart, exploded in the middle of the German column while other partisans launched bombs and fired submachine-guns at the rear of the unit causing 32 deaths and wounding 38 (one of which later died in the hospital).  With the arrival of reinforcements, the reaction was instantaneous and furious with shooting, ransacking and looting of the surrounding houses.  But the Nazis immediately wanted to carry out a frightening retaliation to punish and terrorize the entire city; from Hitler himself came the order to execute 10 Italians for every German killed within 24 hours."
at 9:29 AM