What is the Fasces? 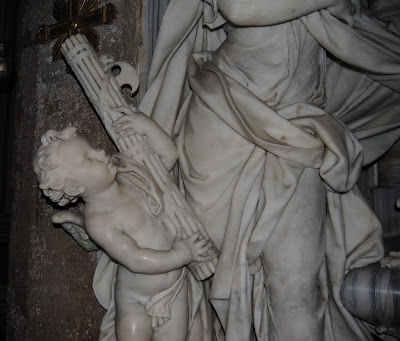 Yes, the Fascists gave the fasces a bad name in Italy after the war.

But you will sometimes see the fasces depicted in Christian art and it is rich with meaning.  In fact, it is even depicted on the main wall of the U.S. Senate at the Capitol in Washington, D.C.

The fasces signifies authority because it was a badge of authority in ancient times.  It was borne before Roman magistrates as a mark of authority; it was just an ax with a bundle of rods.