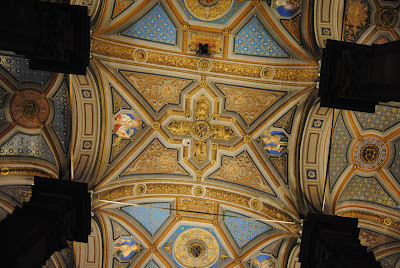 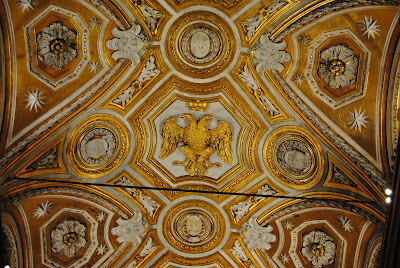 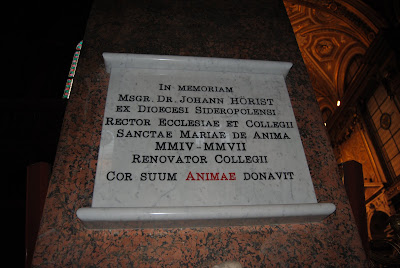 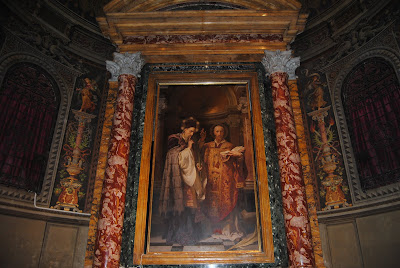 Just glorious to pray inside this church during the reign of a German Pope.

Czech pilgrims sometimes pray before this image of St. John of Nepomuk.

And in the sanctury is buried the last German Pontiff, Adrian VI.  Then came 455 years of Italian popes until the year of three popes when the Pole was elected and then in that year of grace AD 2005 another German was elected, now gloriously reigning, Benedictus XVI.