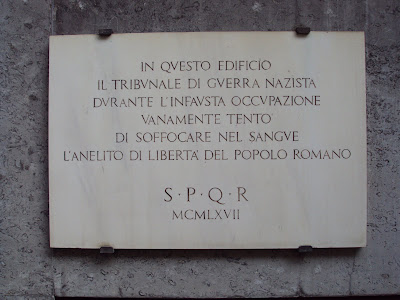 Many have an interest in twentieth century Rome history.

As we all know, the twentieth century proved to be a hemorrhage of blood.

Some forget that Nazism sought also to obliterate Christianity after Judaism.

"Nor should we forget that all of us have received the faith 'from outside': it comes to us from its Semitic homeland, from Palestine, mediated by Hellenism.  The Nazis knew this only too well and tried to obliterate Christianity in Europe precisely because of its 'foreign character.'"