Bring Back the Feast Day of St. Philomena 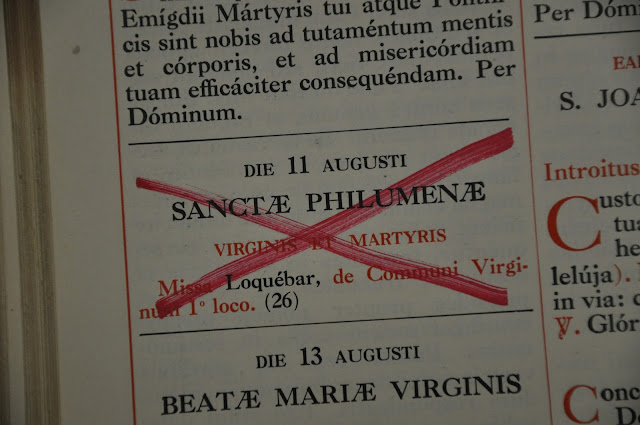 There was and remains tremendous devotion to St. Philomena.

Why?  Because she is a powerful intercessor before the throne of God.

Acclaimed by the Universal Church and in the Roman Missal.

Popular devotion to her, especially in France, Italy and various other nations.

Blessed Pius IX himself had a special devotion to her and even made a pilgrimage to her tomb near Naples because he was an epileptic, and she was the patron saint of those suffering from epilepsy.

St. John Vianney had great devotion to her as is evidenced to anyone who takes the time to visit his home and burial place in Ars.  Even today one can purchase a statue of her in Ars.  Her statues can be seen in such public places of devotion and pilgrimage as La Salette.

We ask for her feast day to be reinstated in the Roman Missal for August 11.
at 12:49 PM