FSSP in MONTREAL: Church of Saint-Irénée 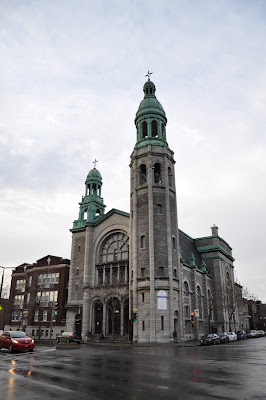 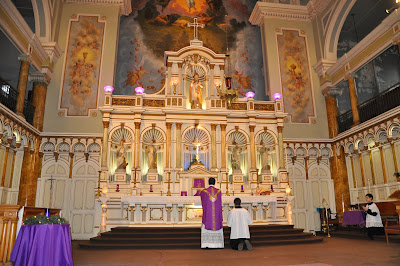 An honor to worship here with this fabulous community in one of the most beautiful cities in the world - the "city of a thousand church steeples."

Montreal is the second-largest city in Canada and the largest city in the province of Quebec. Quebec, the crown jewel of the Catholic Faith on the North American continent, has really taken a beating in recent years.

Locals blame the "quiet" revolution" which they complain began in 1960.

Lux lucet in tenebris? Indeed, yes. And such a parish provides a rallying ground for scattered and disorganized forces of orthodoxy and a firm basis of dogma and discipline from which a new advance can be taken.
at 8:08 AM