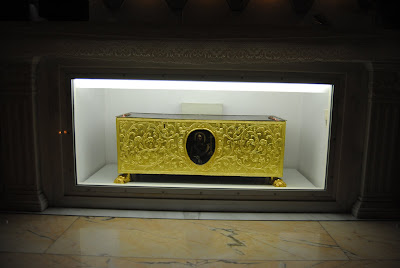 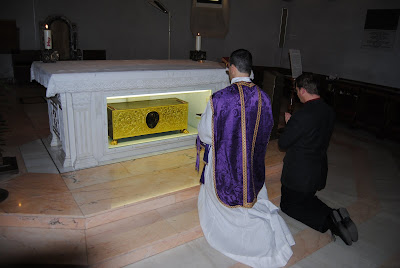 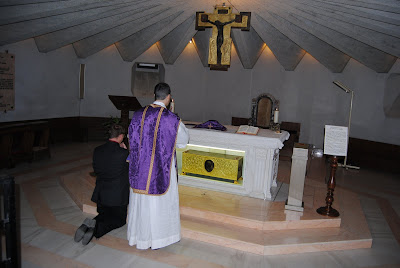 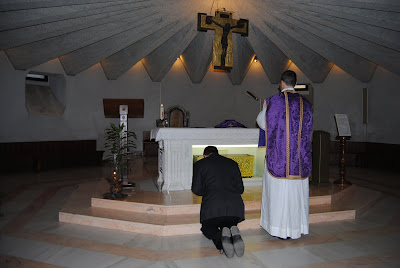 This is the tomb of Saint Thomas the Apostle located in the little town of Ortona in the Abruzzi.  Thomas was transfixed with spears and martyred in about 68-72 in the south of India, in Mylapore (Mylapour), a suburb of Madras.  Before that he preached the Gospel to the Parthians, Medes, Persians and Hyrcanians before he arrived in India.  By order of the king he was killed and his remains were later brought to Edessa in Mesopotamia and then here to Ortona in the year 1258.

Photos taken on feast of Saint Thomas the Apostle, December 21, 2009.

Prayers for the soul of a friend, Thomas diPippo.

Holy Mass celebrated with great devotion by our favorite American priest in Rome: Fr. Chad according to the hallowed Gregorian rite.

The Lord be praised in His saints!