What a Saint Looks Like Moments Before Martyrdom: Blessed Fr. Martín Martínez Pascual 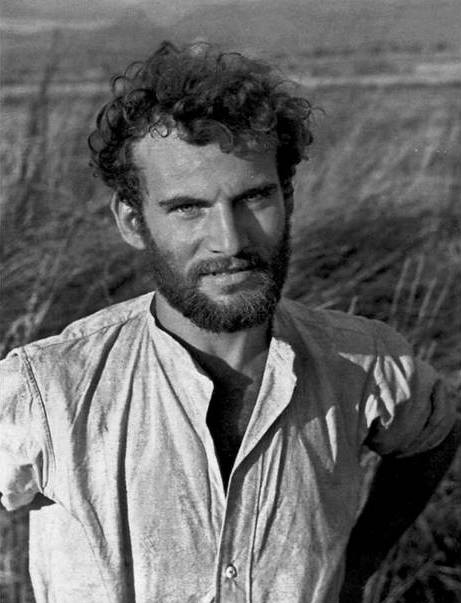 This photo was taken 80 years ago today (18 August 1936).  Moments later, the man in the photo was shot to death.  In his eyes, you can see a foretaste of eternity.  A peace comes upon the soul in the moment of martyrdom.

Father Martín Martínez Pascual was 25 (born in 1910), and had been a priest for 14 months. He belonged to a community of priests dedicated to promoting vocations and praying for priests, and had recently been appointed as a seminary professor and spiritual director. He was on vacation at his family home when the Spanish Civil War broke out, and the Republican militia took control of the area. They were virulently anti-Catholic and anti-clerical and routinely rounded up priests and religious for execution.

Father Martín took the Blessed Sacrament from the parish church and went into hiding on a friend's property, first in a barn and later in a cave.


On the evening of 17 August, the militia seized Father Martín's father and demanded that he tell them where his son was hiding. Mr Martínez sent a message to Father Martín, telling him not to worry about him, and to get as far away as possible. Instead, Father Martín turned himself in. He was thrown into prison with other priests from the area, and spent the little time they had together giving them the Holy Eucharist for the last time.

The priests were loaded on to a truck and taken to a local cemetery outside of town. The German photographer Hans Gutmann was documenting the progress of the militia, and took this photo of Father Martín.

The militia told him to turn around for his execution; he responded that he wanted to face them, because he would be praying for them, that God would forgive the insane thing they were about to do. As they took aim, Father Martín's last words were, "¡Viva Cristo Rey!" ("Long live Christ the King!).

Father Martín was beatified as a martyr in 1995, and is one of more than a thousand martyrs from the Spanish Civil War beatified to date. Official reports identify a total of 6,832 clerical and religious martyrs (13 bishops; 4,172 diocesan priests and seminarians; 2,364 monks and friars; and 283 nuns).

The expression on Father Martín's face --- so full of gentleness, patience and love, without a trace of anger towards his captors or fear of what was about to take place --- is a powerful witness to the working of grace and the presence of the Holy Spirit.

Suppose we could maintain, amid the little trials and inconveniences of daily life, just a portion of the attitude that Father Martín had in the face of his impending death.

What does he know that we need to learn? What did he see at that moment, and how can we find it?

Blessed Martín Martínez Pascual, pray for us!
at 8:26 PM