One of the Last Great Legends: RIP Franciszek Cardinal Macharski 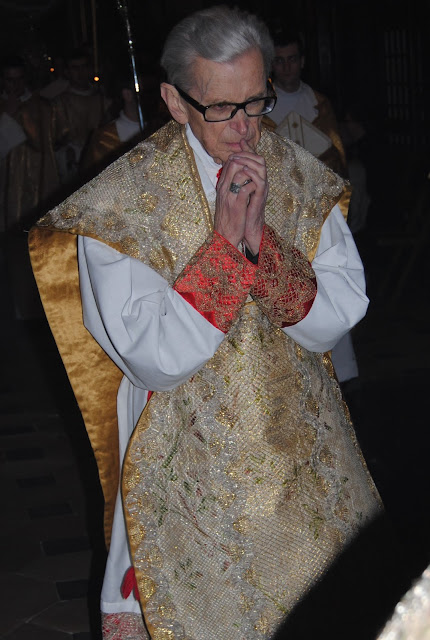 A giant hath passed before us.

Thank You, Lord, for this heroic shepherd of souls.

He passed away on the Tuesday after the historic World Youth Day in  Kraków.  Five days before his saintly death the Holy Father paid him a visit at the hospital.

One of the great honors of my life was to meet him at the hallowed Wawel in Krakow and to thank him for his labors for the freedom and exultation of Holy Mother Church.  He could often be seen walking about the city, surrounded by a cadre of clergy.  He was quiet and recollect.  Very dignified.

A son of Catholic Kraków.  He was a slave laborer under the Nazi regime.  Ordained priest under the Communist regime.  He was St. John Paul II's hand-picked replacement in the See of St. Stan.