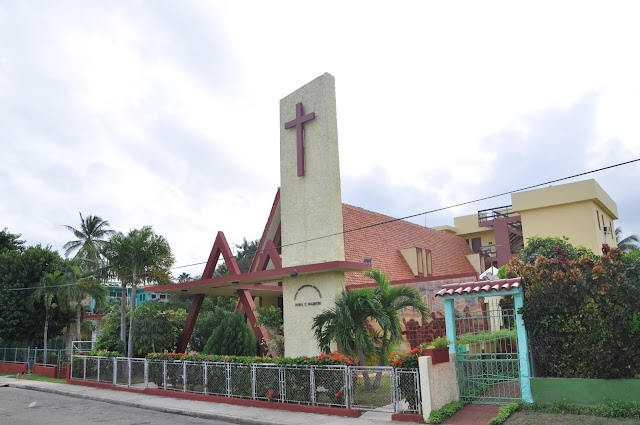 Churches can be seen everywhere in Cuba.  It was not like the Russian Revolution where many churches were destroyed and no one was permitted to rebuild.  Many of these churches have been constructed after the Cuban Revolution.

The Communism in Cuba came later after the Revolution and it was not Soviet-style, but a languid Caribbean style.  Cubans are very laid back.

Castro's story is quite sad.  He had been partly educated by Spanish Jesuits (he came from a wealthy, Spanish-Cuban family, land owners).  Castro was a gifted student, an educated man, a college graduate,  he spoke English quite well in my opinion, he was a lawyer and honeymooned in New York City.

Then it all changed when he got mixed up in the spirit of violent revolution -- killing one regime to replace it with more of the same.  The people cry out to be freed from bondage.  Blame is the one thing he did best.
at 6:02 PM