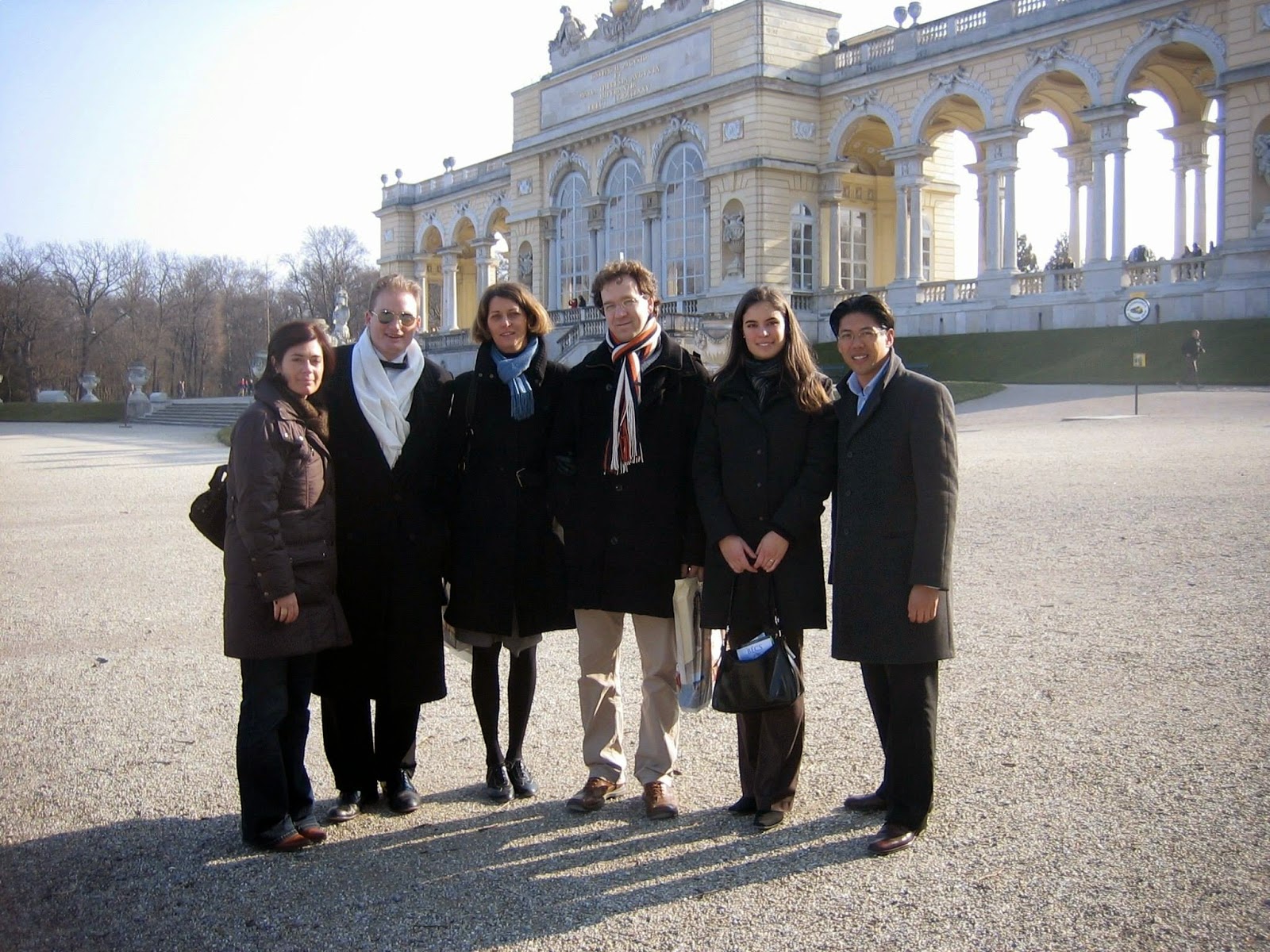 The Gloriette in the Schönbrunn Palace Garden in Vienna.

In the days leading up to Shrove Tuesday and Ash Wednesday, Catholics converge in Vienna to attend a seasonal ball.  It is an enriching experience.  High Catholic culture.

Rudolfina-Redoute is the Catholic student ball which is held at the Imperial Hofburg Palace, the former winter residence of the emperors in the center of Vienna.  Built in AD 1279, a lot was added on over the years.   The Hofburg was the center of the Catholic Habsburg Empire until everything crashed to a sad end in 1918.

Also, no trip to Vienna is complete without a quick visit to the Imperial burial vault (the Kaisergruft) located beneath the Capuchin Church.  Always nice to visit here to pray amid the most important tombs of the Habsburg dynasty.  Since 1633, 149 members of the dynasty have been buried there.
at 7:46 PM