The Death of Downtown St. Paul 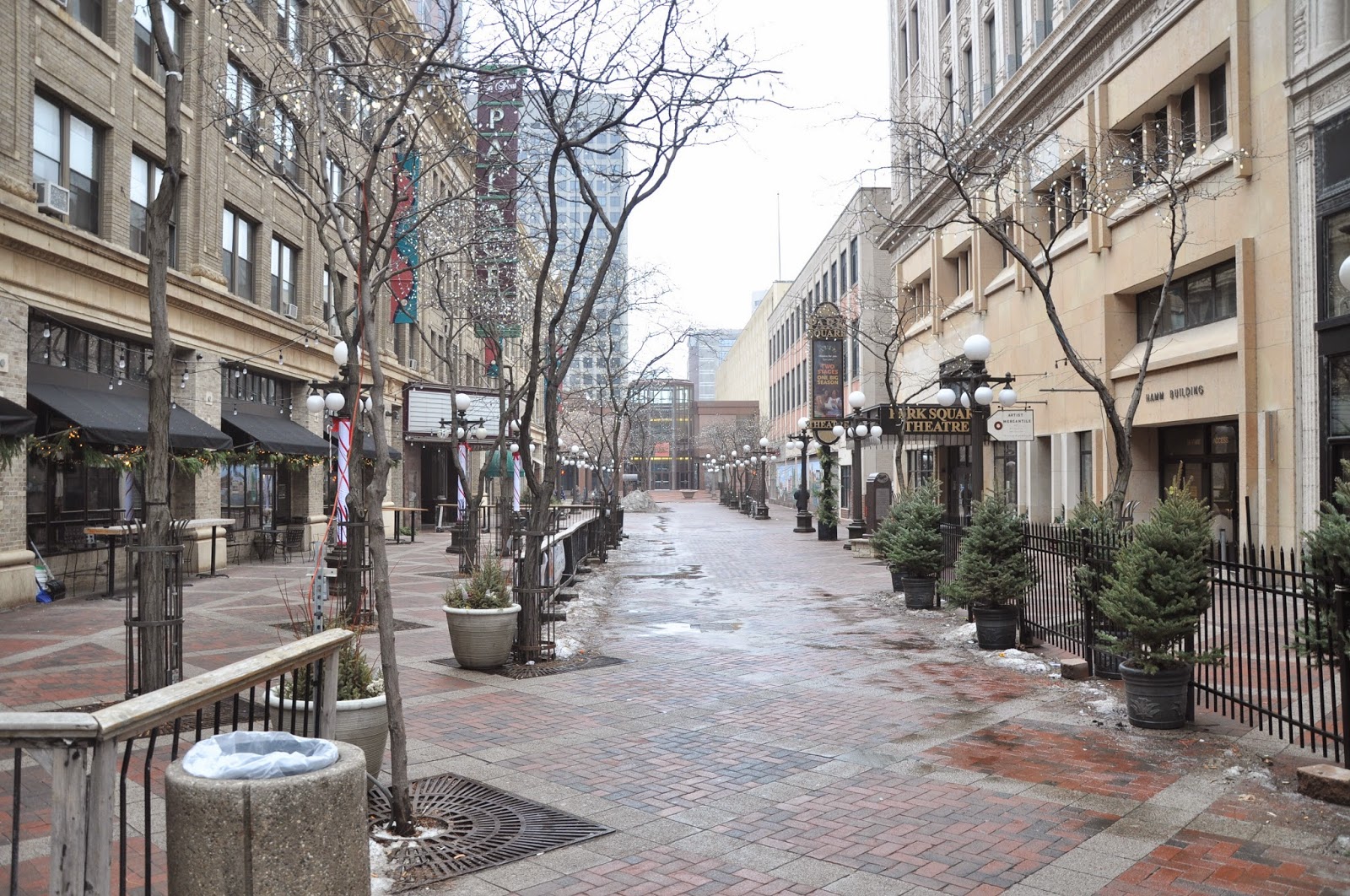 This had been main street in St. Paul, Minnesota.

7th Street.  Full of life.  The main thoroughfare through downtown.  Here was the St. Francis Hotel.  The cute shops.  The heart of the city.

Then came the liberal Democrats in the 1970s with DFL Mayor George Latimer.  They had the bright idea to shut the street down.  That would create new life, they said.  They called it redevelopment.

Cars were forbidden to drive here.  Buildings were constructed in the center of the street.  The small businesses had to relocate to Grand Avenue.

The whole experiment proved a titanic failure.  Skyways were a flop and so was the laughable complex in the center of the photo, which they ignorantly had named The World Trade Center.

The St. Paul Companies complex remains.  Some affordable housing and empty office space remains.  But nobody else.  Business is dead and the city has lacked the magic twinkle of downtown since.   Thanks, guys.  It has been a painful death.
at 2:47 AM