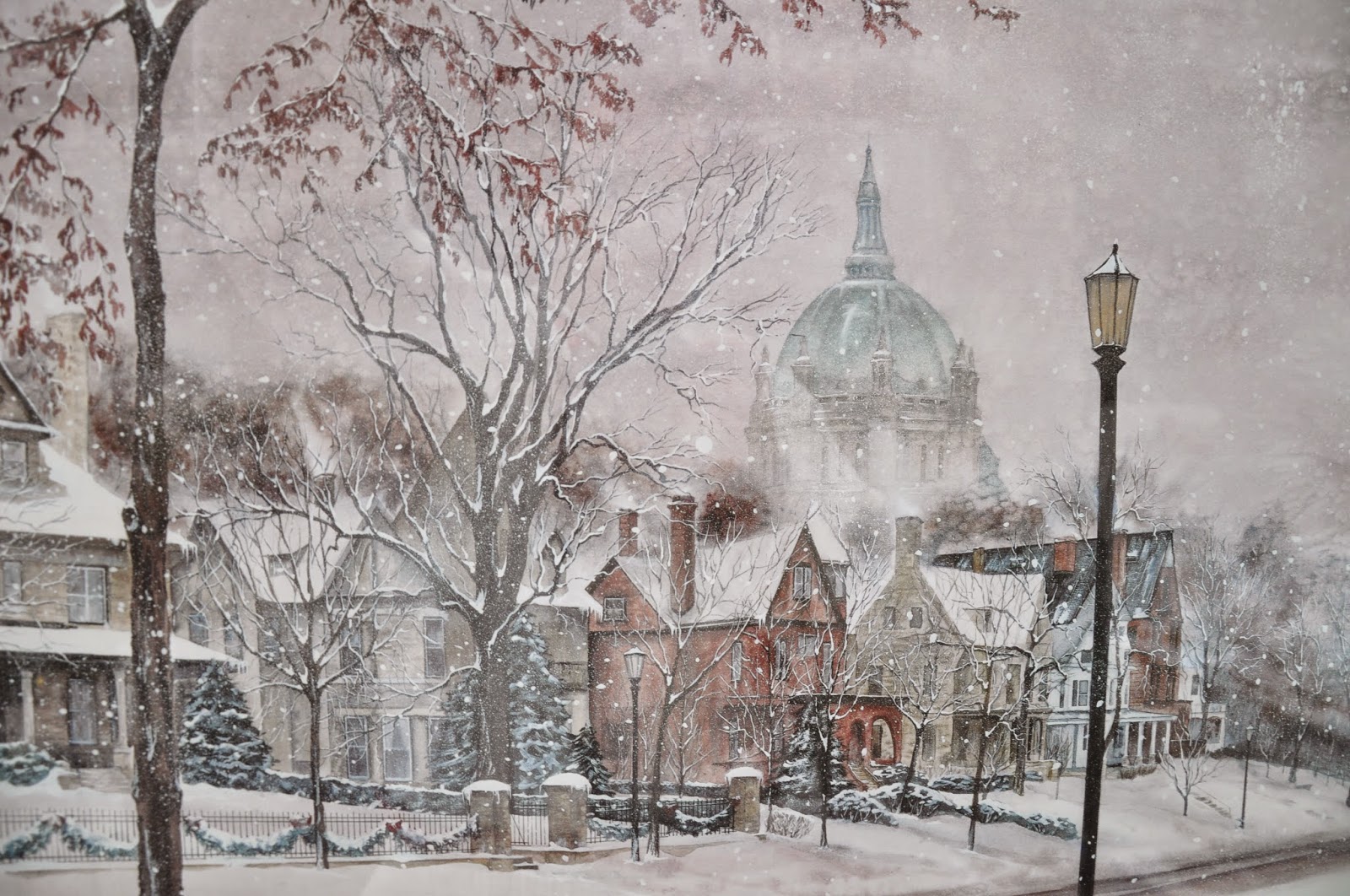 Where yours truly was born.  In a city founded by a priest, Fr. Lucian Galtier.  On the upper banks of the mighty Mississippi River, the "Father of Rivers."

Under the shadow of this dome, the mighty Cathedral of Saint Paul, located on St. Anthony Hill in the city named for the Apostle to the Gentiles, Saint Paul.

I was born in Saint Joseph's Hospital, in the J.G.M (John Gregory Murray) unit which opened in July 11, 1960, named for Archbishop Murray.

It is important for all of us to know where and what we come from.  And to revisit our roots.

The story of St. Joseph's Hospital is more than the tale of the 1853 converted log chapel which grew with the needs of its community into today's massive hospital.  The narrative must include an accounting of the deeds performed by the physicians, nurses and other professional and auxiliary personnel of the hospital staff, working with the Sisters to form a team which has brought the best of the art and science of medicine and nursing to the patients of St. Joseph's.

These good Samaritans follow in the venerable footsteps of Bishop Joesph Cretin, who gave both financial and spiritual aid to begin the Sisters' project.  Symbolic of the general community support which has grown with the years, the land upon which Saint Joseph's stands today was donated by Senator Henry Rice and lumber was furnished by a Sioux Indian Chief, Cloud Man.

God bless the spirit and determination of the Sisters of St. Joseph of Carondelet, who had opened their hands and hearts to the pioneer community which was St. Paul and have continued to serve with a devotion and idealism flowing from the example of Christ Himself.  Let's hope for a revival of their Order and we invoke the intercessions of the good Sisters who have gone before us.  Let us pray!
at 12:17 PM