Note to Una Voce: Time for a Rebranding 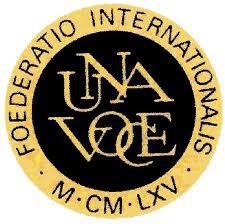 I would counsel for a new logo.  I don't know why no one has brought this up before.  The traditional Mass movement must not be myopic.  We must not lack in imagination.  I vote for a new insignia.  This time do it right with a crest/shield.  Something more Catholic.  Something that resonates more with the Catholic thing.

I also recommend a new international web platform for Una Voce International in which each and every affiliate can have their own website on the same web platform so as to more effectively get news out and share media in an instantaneous manner.  The educational arm of the pro-life movement in Canada has done the same with great effectiveness (see here: https://lifecollective.io/).  Such a site done for Una Voce could become the world's largest online resource for the international "Latin Mass" movement.  Further, it would grant impetus to Una Voce.
at 11:34 AM