August 5 at St. Mary Major: Dedication of the Basilica of St. Mary of the Snows 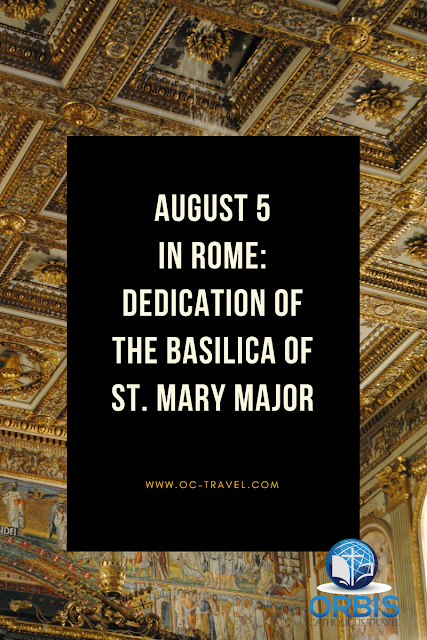 This is a great day to visit St. Mary Major!  On account of the summer heat, the city of Rome is deserted on this day.  Go early for Mass at the Basilica to get a seat; it will be quite crowded.  At the end of Mass the jasmine petals are released from the opening in the ceiling, seen depicted in this photo.

The Basilica of Our Lady of Snows, called also St. Mary Major, was built on the Esquiline Hill at Rome by St. Liberius, pope from 352 to 366.  Popular tradition relates that the site was traced out by a miraculous fall of snow on this date, which is that of the feast of the church's dedication.
at 9:35 PM