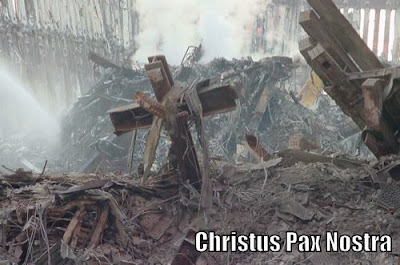 Brings back lots of sad memories.

Where were you that day...

Yours truly was on the Pacific at Long Beach.  Awoke the morning of 9-11-01 on  the old Cunard Line RMS Queen Mary, North Atlantic ocean liner first launched in 1934.  I was scheduled to fly out of LAX that same fateful day.

I had been awake all night in our stateroom, with what I thought at the time was food poisoning, but in reality was my appendix giving away (surgery was imminent).

The morning was overcast.  I awoke alone and wandered to Picadilly Circus for the daily news.  There, an employee shared the news: we had been bombed.  I had been expecting it for years and was not at all dumfounded.  I think I was likely one of the last humans on the planet to hear of the attack.

Flights were cancelled that day.  Spent the day in Hollywood, Cali.  Drove by the Bel Air home of Ronald Regan.  Security was tight.  Spent that night at Santa Monica, in prayer.
at 7:10 PM