Franciscan Excavations at Cana of Galilee 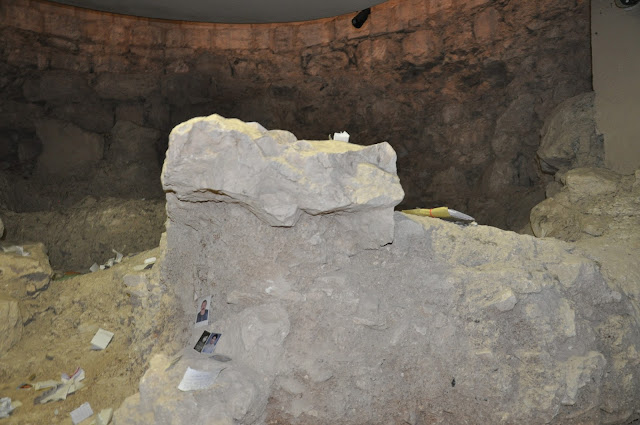 Franciscans believe that recent excavations underneath their present church, built in the early 1900s, confirm the existence of an early place of worship, perhaps an early church.

Beneath the sacristy of the present church were found remains of dwellings dating back to the 1st century as well as an ancient basilica, built with three apses in cross-like form. Visitors descend to an excavated crypt underneath the present church, and see a stone cistern that was found fitted into a flagstone floor.

Skeptics claim Cana was somewhere else.  However, it says in the Bible, a wedding took place at "Cana of Galilee" (John 2:1).  There is also a tradition that Cana was in Lebanon that some Maronites talk about.
at 1:00 PM