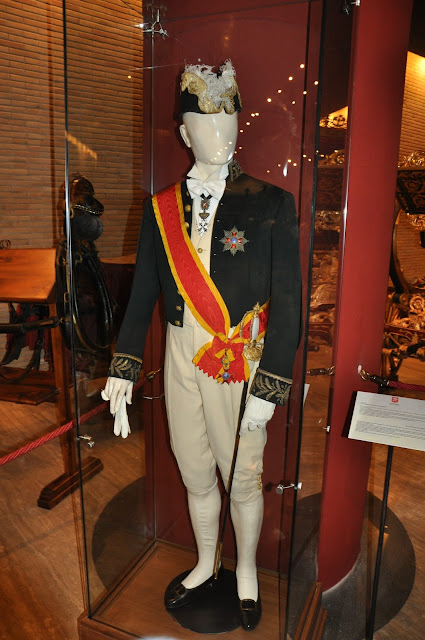 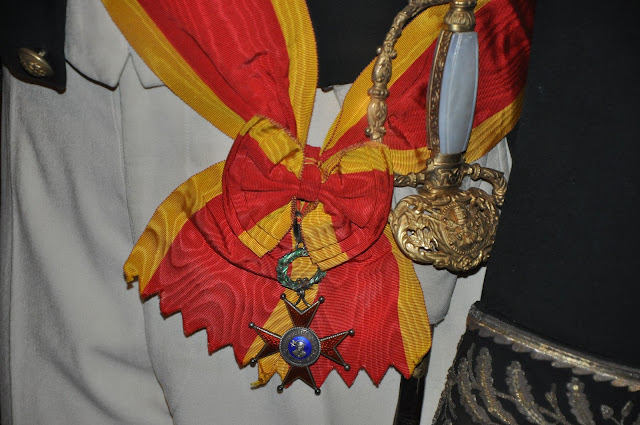 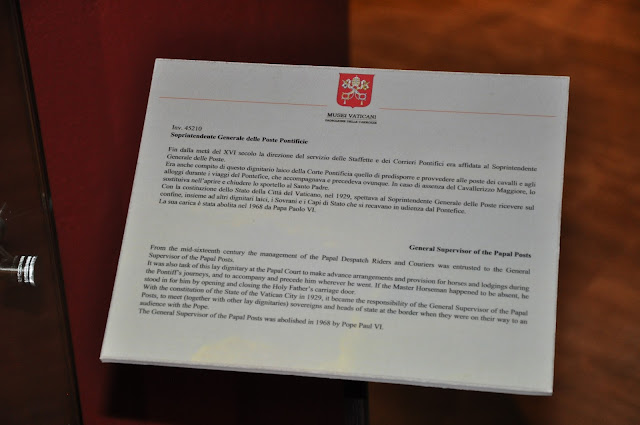 From the mid-sixteenth century the management of the Papal Dispatch Riders and Couriers was entrusted to the General Supervisor of the Papal Posts.

It was also the task of this lay dignitary of the papal court to make advance arrangements and provision for horses and lodgings during the Pontiff''s journeys, and to accompany and precede him wherever he went.  If the Master Horseman happened to be absent, he stood in for him by opening and closing the Holy Father's carriage door.

With the constitution of the State of the Vatican City in 1929, it became the responsibility of the General Supervisor of the Papal Posts to meet together with our lay dignitaries, the sovereigns and heads of state at the border of the papal palace when they were on their way to an audience with the Pope.

This position was abolished in 1968 by Paul VI.