Bring Back the Papal Court 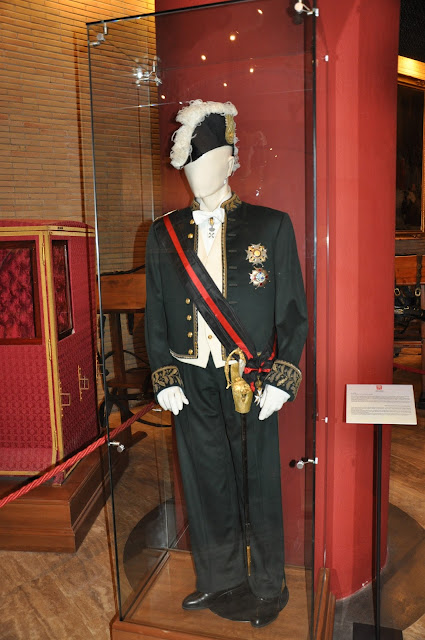 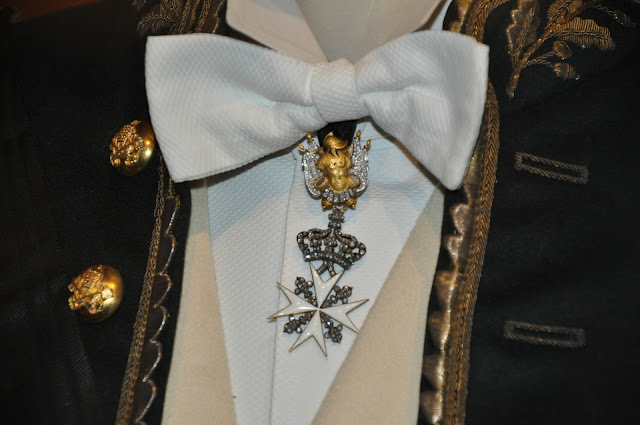 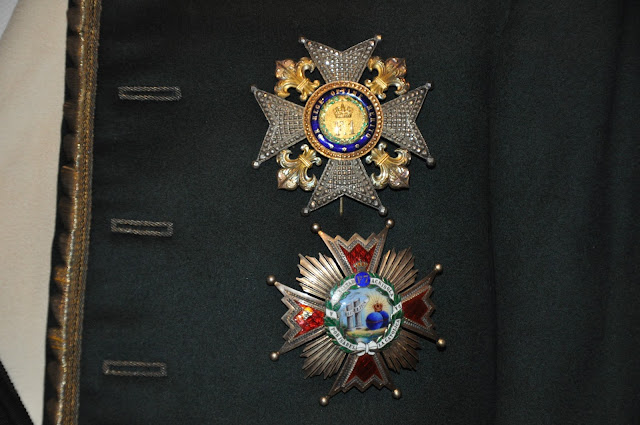 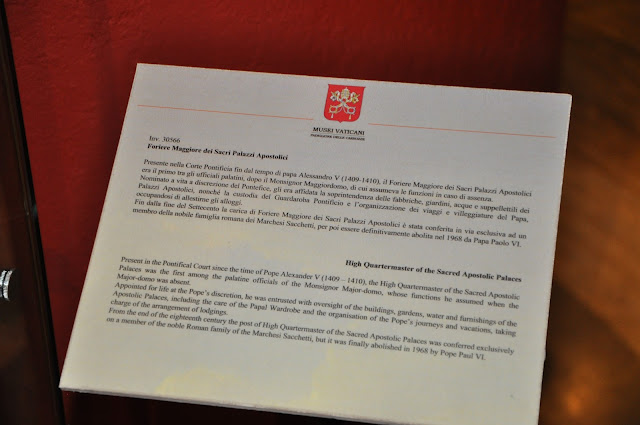 This is a new addition to the Vatican Museums.  Very nice to see this, after years of silence.

Present in the Papal Court since the time of Alexander V (1409 - 1410), the High Quartermaster was the first among the palatine officials of the Monsignor Major-Domo, whose functions he assumed when the Major-Domo was absent.

Appointed for life at the Pope's discretion, he was entrusted with oversight of the buildings, gardens, water and furnishings of the Apostolic Palaces, including the care of the papal wardrobe and the organisation of the Pope's journeys and vacations, taking charge of the arrangement of lodgings.

From the end of the eighteenth century the post of High Quartermaster of the Sacred Apostolic Palaces was conferred exclusively on a member of the noble Roman family of the Marchesi Sacchetti.  It was finally abolished in 1968 by Paul VI.
at 5:26 PM