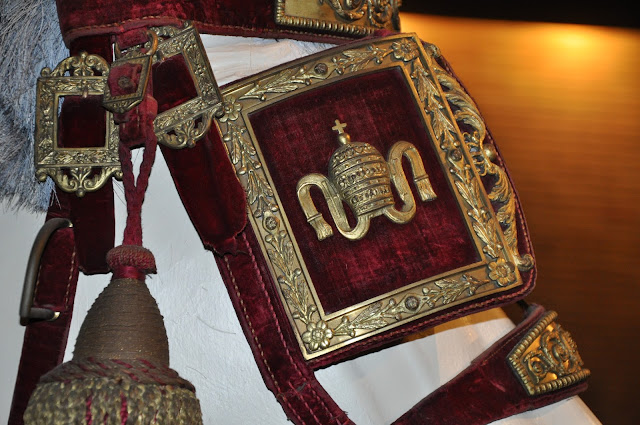 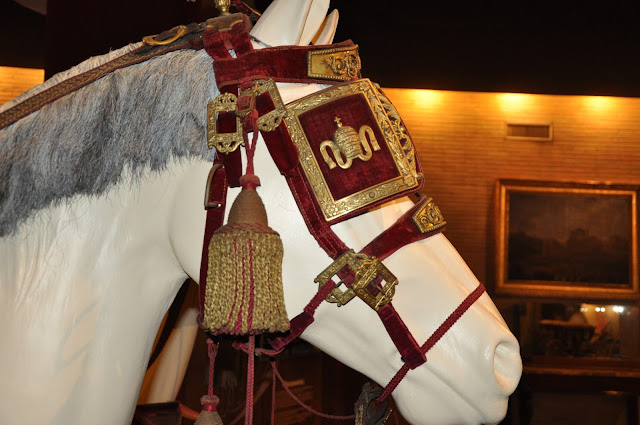 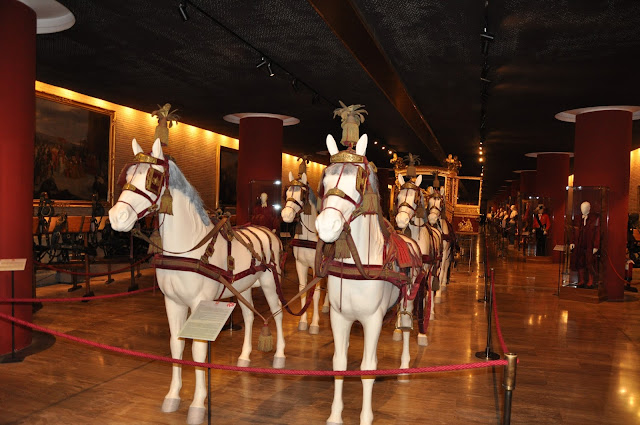 I wish they still made use of this.  The old papal stage coach.

The last pope to ride in a horse-drawn carriage was Paul VI, during the 1970s energy crisis.

The golden one, depicted here, is the most beautiful.  It is an enclosed, horse-drawn carriage known as the gold papal stage coach, seen here in the Vatican Museums.

The famous gold stage coach of the British Royal Family is still in use in London, England.  Commissioned in 1760, it has been used at the coronation of every British monarch since George IV.

I think we should bring back the papal stage coaches.  Each pope had one commissioned for him as a gift.  The last was for Pius XI.

They can all be seen in this newly rearranged underground pavilion in the Vatican Museums, which is finally open with regular hours!  Now they just need a better sign for visitors to know where and what it is.
at 12:32 PM