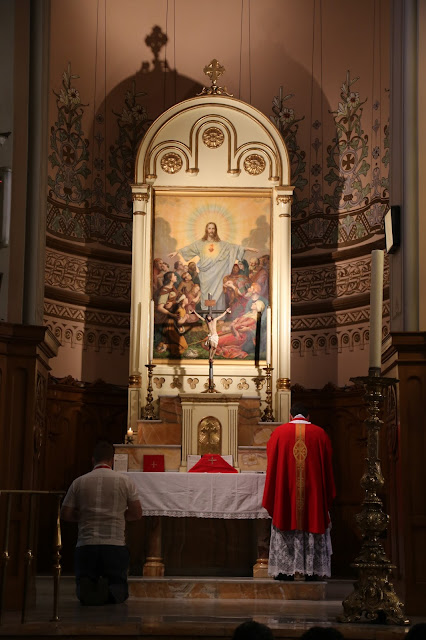 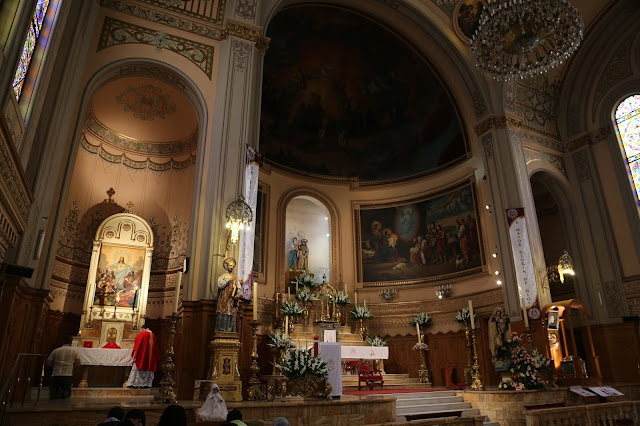 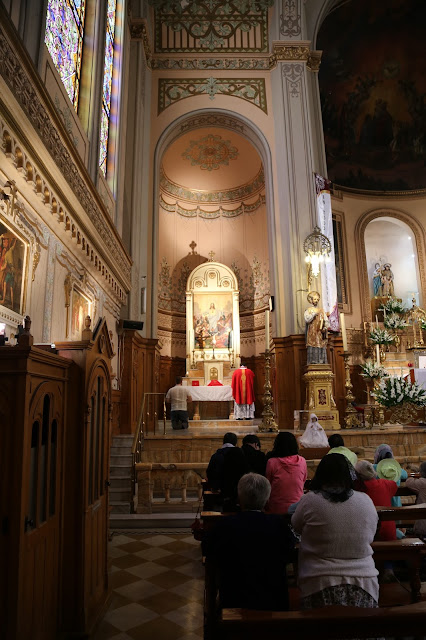 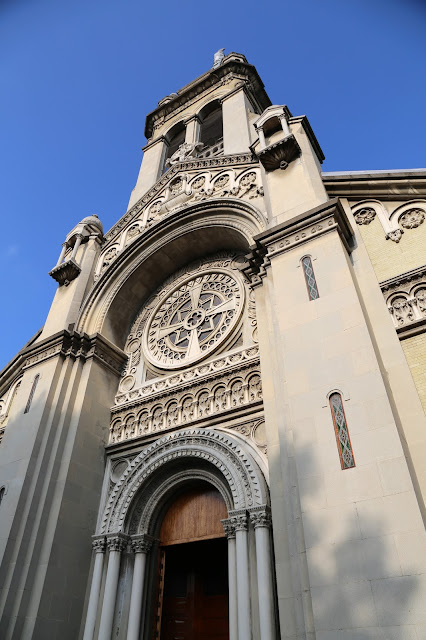 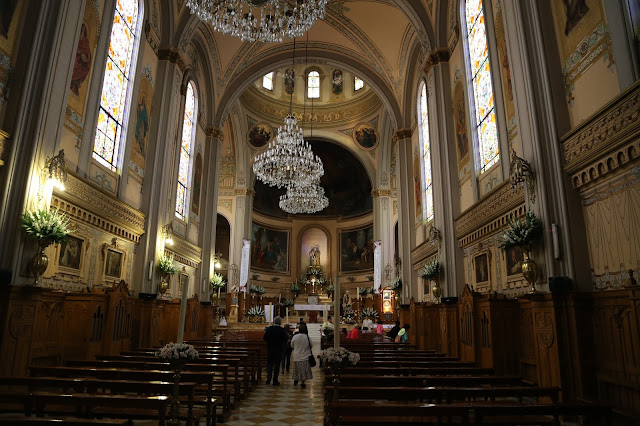 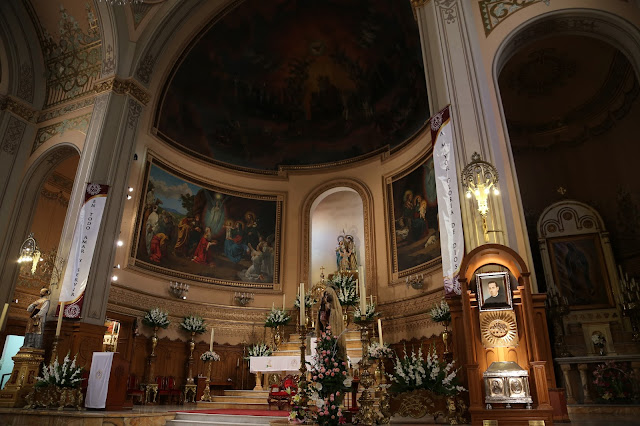 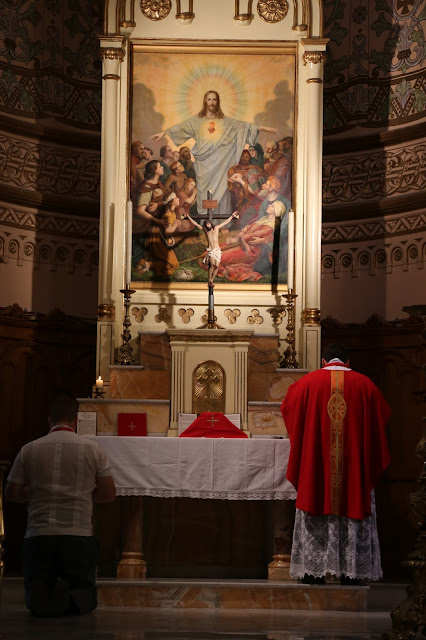 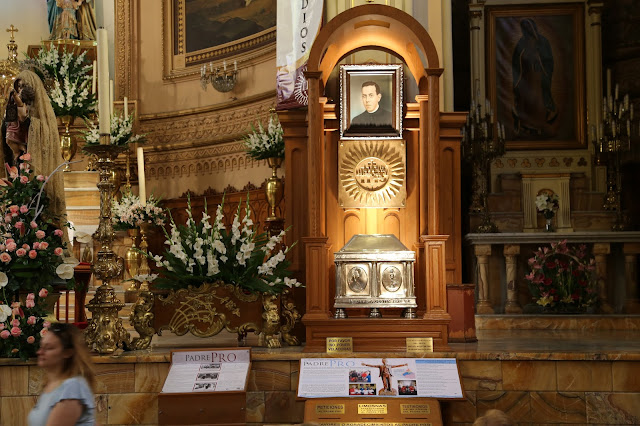 Mass at the Jesuit parish of Holy Family in Mexico City, where the Blessed's remains are entombed in a silver box.

Born on January 13, 1891 in Guadalupe, Mexico, Miguel Agustin Pro Juarez was the eldest son of Miguel Pro and Josefa Juarez.


Miguelito, as his doting family called him, was, from an early age, intensely spiritual and equally intense in hi mischievousness, frequently exasperating his family with his humor and practical jokes. As a child, he had a daring precociousness that sometimes went too far, tossing him into near-death accidents and illnesses. On regaining consciousness after one of these episodes, young Miguel opened his eyes and blurted out to his frantic parents, "I want some cocol" (a colloquial term for his favorite sweet bread). "Cocol" became his nickname, which he would later adopt as a code name during this clandestine ministry.

Miguel was particularly close to his older sister and after she entered a cloistered convent, he came to recognize his own vocation to the priesthood. Although he was popular with the senoritas and had prospects of a lucrative career managing his father's thriving business concerns, Miguel renounced everything for Christ his King and entered the Jesuit novitiate in El Llano, Michoacan in 1911.
He studied in Mexico until 1914, when a tidal wave of anti-Catholicism crashed down upon Mexico, forcing the novitiate to disband and flee to the United States, where Miguel and his brother seminarians trekked through Texas and New Mexico before arriving at the Jesuit house in Los Gatos, California.

In 1915, Miguel was sent to a seminary in Spain, where he remained until 1924, when he went to Belgium for his ordination to the priesthood in 1925. Miguel suffered from a severe stomach problem and after three operations, when his health did not improve, his superiors, in 1926, allowed him to return to Mexico in spite of the grave religious persecution in that country.

The churches were closed and priests went into hiding. Miguel spent the rest of his life in a secret ministry to the sturdy Mexican Catholics. In addition to fulfilling their spiritual needs, he also carried out the works of mercy by assisting the poor in Mexico City with their temporal needs. He adopted many interesting disguises in carrying out his secret ministry. He would come in the middle of the night dressed as a beggar to baptize infants, bless marriages and celebrate Mass. He would appear in jail dressed as a police officer to bring Holy Viaticum to condemned Catholics. When going to fashionable neighborhoods to procure for the poor, he would show up at the doorstep dressed as a fashionable businessman with a fresh flower on his lapel. His many exploits could rival those of the most daring spies. In all that he did, however, Fr. Pro remained obedient to his superiors and was filled with the joy of serving Christ, his King.

Falsely accused in the bombing attempt on a former Mexican president, Miguel became a wanted man. Betrayed to the police, he was sentenced to death without the benefit of any legal process.
On the day of his execution, Fr. Pro forgave his executioners, prayed, bravely refused the blindfold and died in downtown Mexico City proclaiming, "Viva Cristo Rey", "Long live Christ the King!"