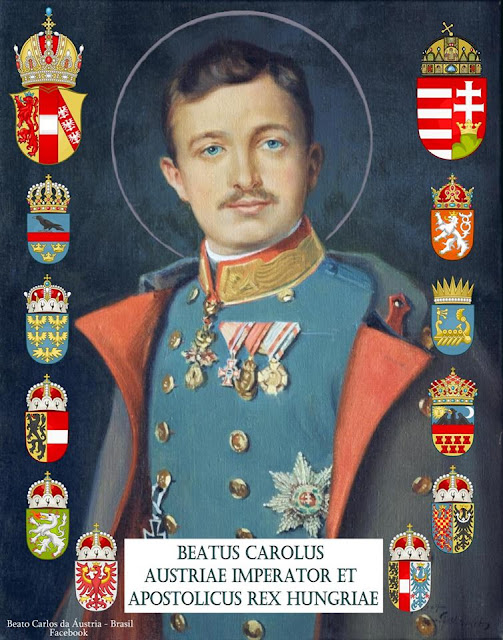 Blessed Charles I of Austria.

Know of this saint: read HERE.

Yours truly was privileged to attend his solemn beatification in the Vatican and to have a lengthly chat with his son, Otto, in Rome.  We spoke of his father's exile, death and burial in Madeira as well as his father's coronation ceremony, which Otto remembered well. I later had the honor to stare upon the hallowed crown, on temporary display inside Mussolini's old office in the Palazzo Venezia.

Otto was living in Germany at that time.  I asked him if his father's remains would ever be returned to Vienna and his reply was simple: "No, Madeira accepted him.  That is where he died.  They gave him everything.  That is where he will stay."

Karl, glorious saintly Emperor, pray for us and for Christian Europe!
at 1:19 PM