The *Other* Rome Blognic Declared a Wonderful Success 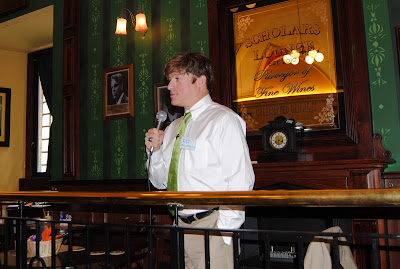 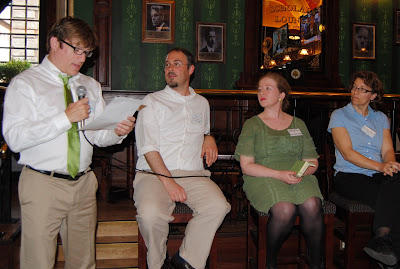 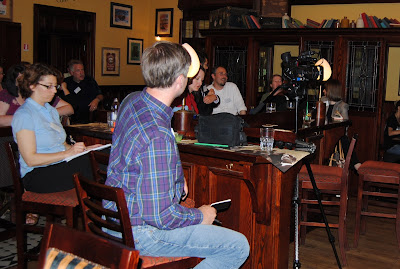 Last year Pope Benedict mentioned in Light of the World that: "The Gospel stands in opposition to powerful constellations" and at today's "Other Rome Blognic" this was a common theme. Catholic blogs burst onto the scene only very recently as a new phenomena and have lent direct aid to the pastoral action of the Church. With apostolic ardor they have become more and more popular and they were born largely in reaction to a sometimes hurtful establishment which had not always voiced in harmony with Catholic teachings and precepts or with a correct interpretation of the facts which pertain to the life of the Church. Yesterday was the Vatican blognic (yours truly was at the beach with a Diet Coke and a Cuban). But today was this alternative and it proved a huge success with Catholic bloggers coming from across the nations. The by far vast majority of Catholic blogs have been thoroughly inculcating a Christian spirit in the name of orthodoxy. They have proven to be what VII's Inter Mirifica called "a Catholic press worthy of the name" (art. 14). Many Catholics now go to blogs first for their news and this is a fact and this is because there was (and remains) a void [a void which still must be addressed]. The blogs are in touch - they are the voice of the people. Today everybody has a voice. Perhaps the Vatican Council was even prophetic when the bishops wrote: "With common heart and mind, let all the sons of the Church strive immediately and most energetically to use the instruments of social communication effectively in the many fields of the apostolate...these efforts should head off hurtful enterprises, especially in those places where moral and religious needs dictate a more active zeal" (Ibid, art. 13). Many thanks to Hilary Jane Margaret White for hosting the event and to Michael Voris for being the keynote speaker. Thanks, everybody!
at 3:24 PM