Pope Receives Tiara From Catholics and Orthodox Today in Audience 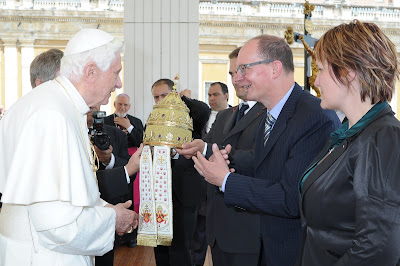 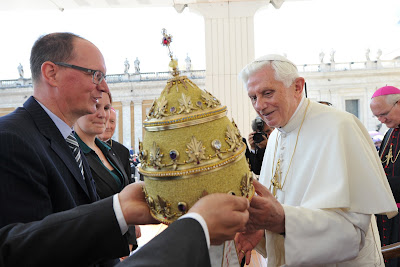 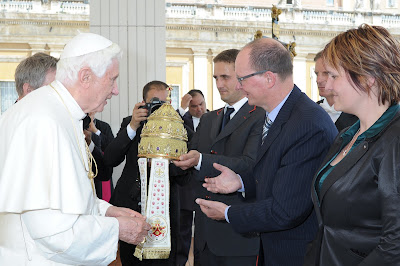 At today's weekly general audience the Holy Father received a new tiara made for him and presented by Catholic and Orthodox Christians.

The tiara was commissioned by Dieter Philippi (http://www.dieter-philippi.de/), a German Catholic businessman who has a great devotion to the papacy as well as to the call to Christian unity.

The tiara was created in Sofia, Bulgaria by Orthodox Christians of the Liturgix studio (http://www.liturgix.com/).

Today a small delegation of Roman Catholics and Bulgarian Orthodox on pilgrimage in Rome had the honor to present the tiara to the Holy Father in the name of Christian unity.

Congratulations to Dieter and to all German Catholics and Bulgarian Orthodox involved with this wonderful project.