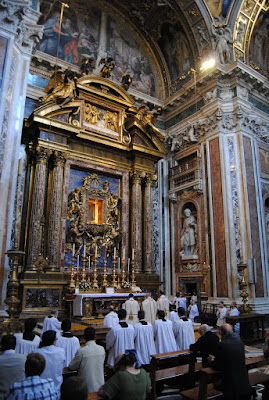 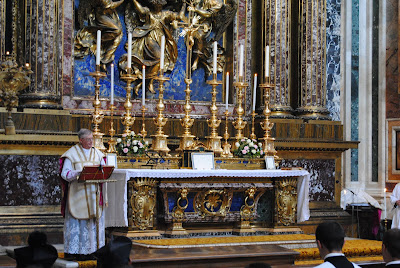 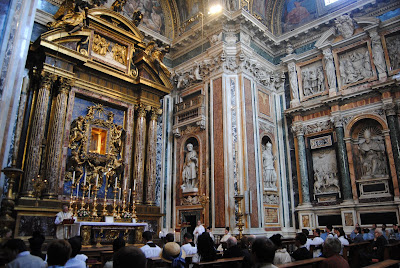 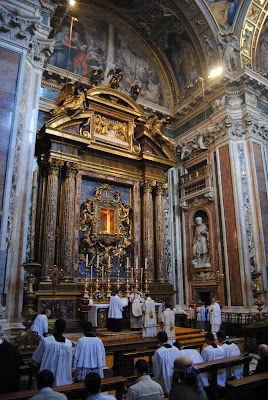 Today we live in what is probably the most completely secularized form of culture that has ever existed. Nevertheless the Classical rite remains and now more than ever there seems little likelihood that it will become extinct.

This rite is the fullness of the Catholic media of artistic, musical and even literary expression which has become the common possession of all the world's peoples.

Even though dominant prejudices of the moment remain against this rite, its canons of style are immemorial, timeless and eternal.

A paradox is that this rite has already passed through the full cycle of changes. And the truth is that it has always been at issue with the world.  And in recent years it even seemed on the verge of being destroyed by it.

That's life. What is fallen is raised up, what has grown old is made new and all good things return to unity through Him from Whom they took their beginning.  The only way to desecularize culture is by giving a spiritual aim and this is where the Gregorian rite comes into play - it works very well at doing this (as with the Byzantine rite).

The cultural revolution of '68 claimed that culture is just an abstract ideal.  But the hippies and their Sartre professors were wrong.  Culture is the vital product of an organic social tradition.  Catholic culture exists.  The Incarnation is the centre of history and we look to the Liturgy as our fixed centre where we renew culture with Christ and His Bride, the Church.
at 2:37 PM