God Bless the FSSP in France 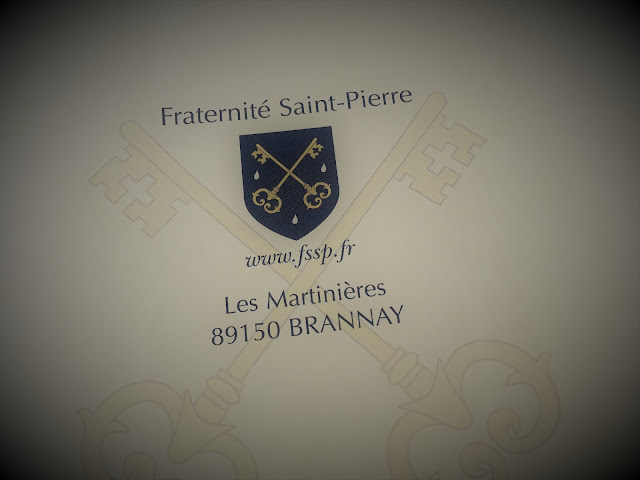 The most interesting clergy in France are the "traditional" priests.  They are the only young, native priests.

It is fascinating to hear them explain the beauty and greatness of French culture, language and cuisine.  And the history, including the unfortunate French Revolution and its aftermath.

One of them told me over lunch at the Grand Hotel Moderne in Lourdes (a great place to dine, by the way): "I lived in Quebec and did not like it.  I must live in a place where there are cathedrals, castles, wine and cheese!"

Traveling and spending time with French clergy in France has been a great joy of my travels over the years and an important learning experience.

We must pray for the re-establishment of the Catholic Church as the universal spirit of French culture.  Great tracts of the peasantry have lost their ancestral faith.  It is never too late to turn the tables.

With the decline of religion went a decline of taste in architecture and all the arts, and worst of all in letters.  The old French lucidity of thought began to grow confused.  We must pray for a restoration of Catholic culture, the monarchy and an end to anti-clerical and Masonic Parlimentary power in this land known as the "Eldest Daughter of the Church."
at 11:44 AM