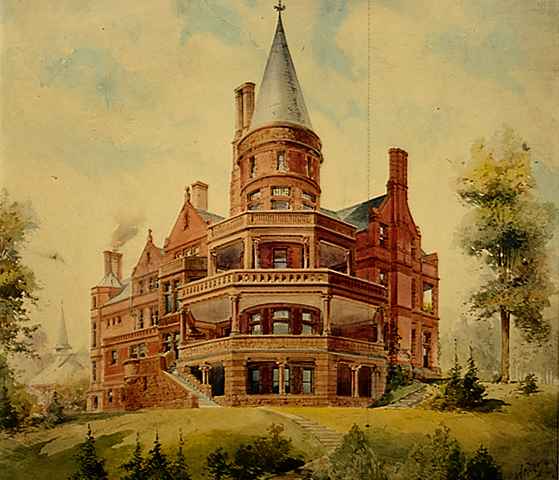 The historic old mansion where Cardinal Pacelli slept for one night in 1936 was constructed in 1887.  The Archdiocese had it as their chancery from 1918 - 1959.

It was torn down in a modernization effort in 1959, by order of Archbishop Brady.

Brady lived at St. Catherine's College during that time (where his sister, Sister Mary William Brady served as the fifth president of the College of St. Catherine from 1955 to 1961), while a "modern" episcopal residence was constructed.

This modern residence, today listed for sale, proved a reckless disaster, thanks to its flat roofs, which leaked from heavy melting snow every spring.

The four poster bed the Cardinal slept in has survived and is today still in use in the Cathedral rectory.