Classical Rules for Building a Church Worthy of the Name 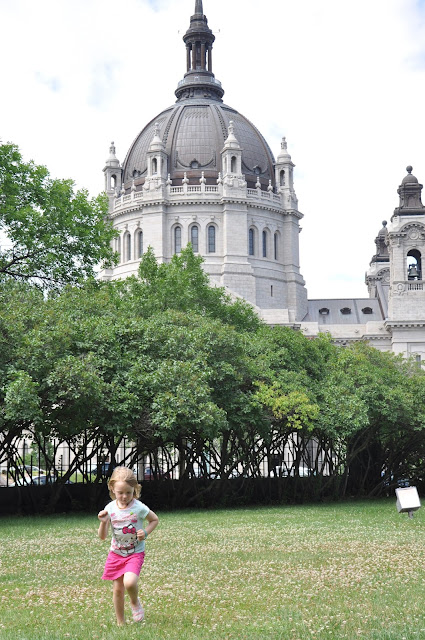 The Catholic architect of this Catholic temple found atop the upper banks of the mighty Mississippi River was trained at the Academy of Fine Arts in Paris.  His name was Emmanuel Masqueray.

Masqueray was taught the criteria for design used by the French philosophical eclectics earlier in his century.   The idea was to test the validity of an idea: truth, beauty and goodness.

According to the Beau-Arts tradition, truth demanded that the exterior of a church clearly reflect the purpose for which it was constructed.  Location and climate were taken into consideration.

Beauty and goodness were achieved by following that classical style so familiar and acceptable to the public and the Church.  Once having achieved its desired state, a design was never to be altered.

With his architect's pencil, Masqueray drew religion's meaning, history, and purpose in his cathedral, creating the structure as a beacon set on a hill.  It was decided the scale would be grand and the style would be classical revival with French Renaissance at the forefront.