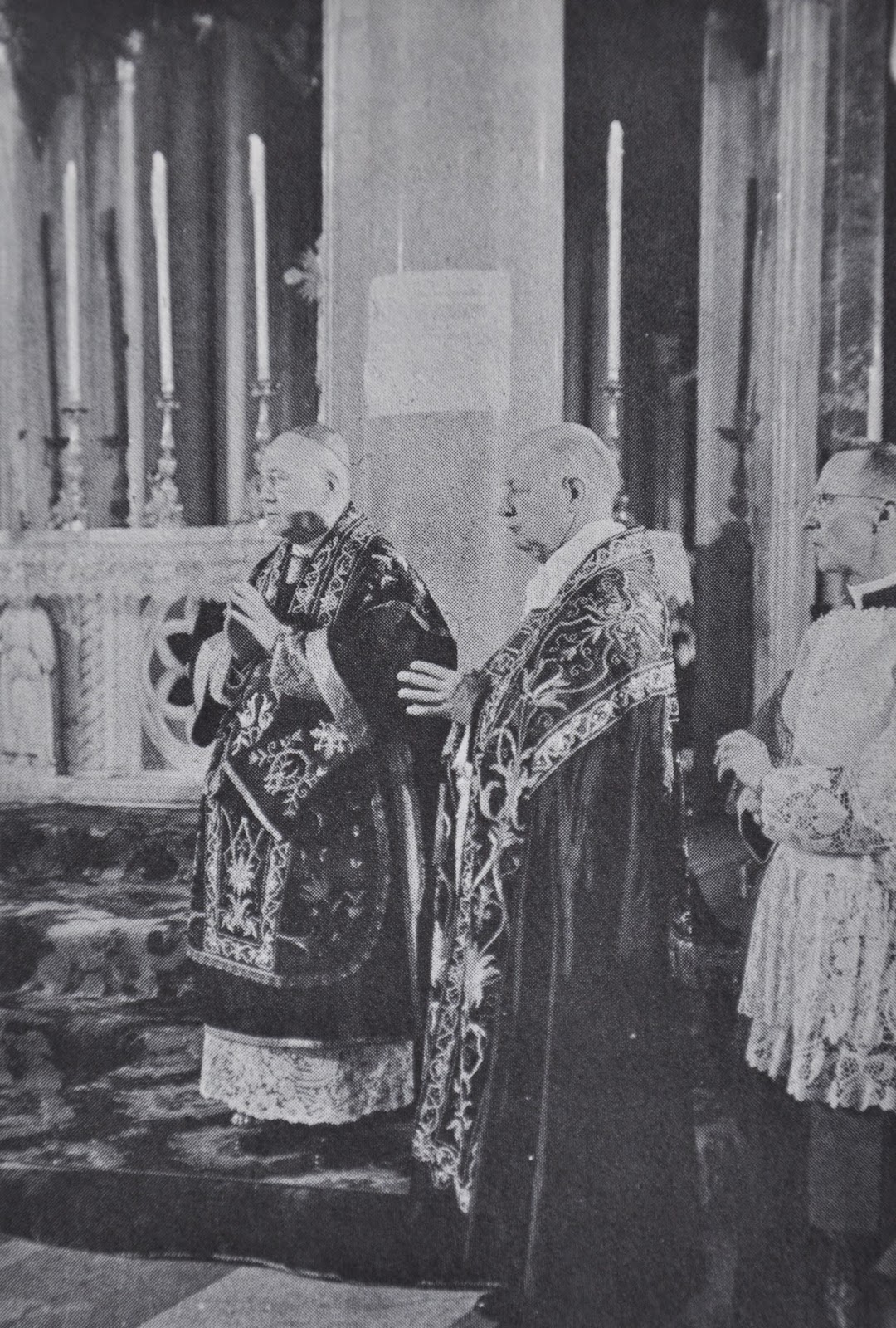 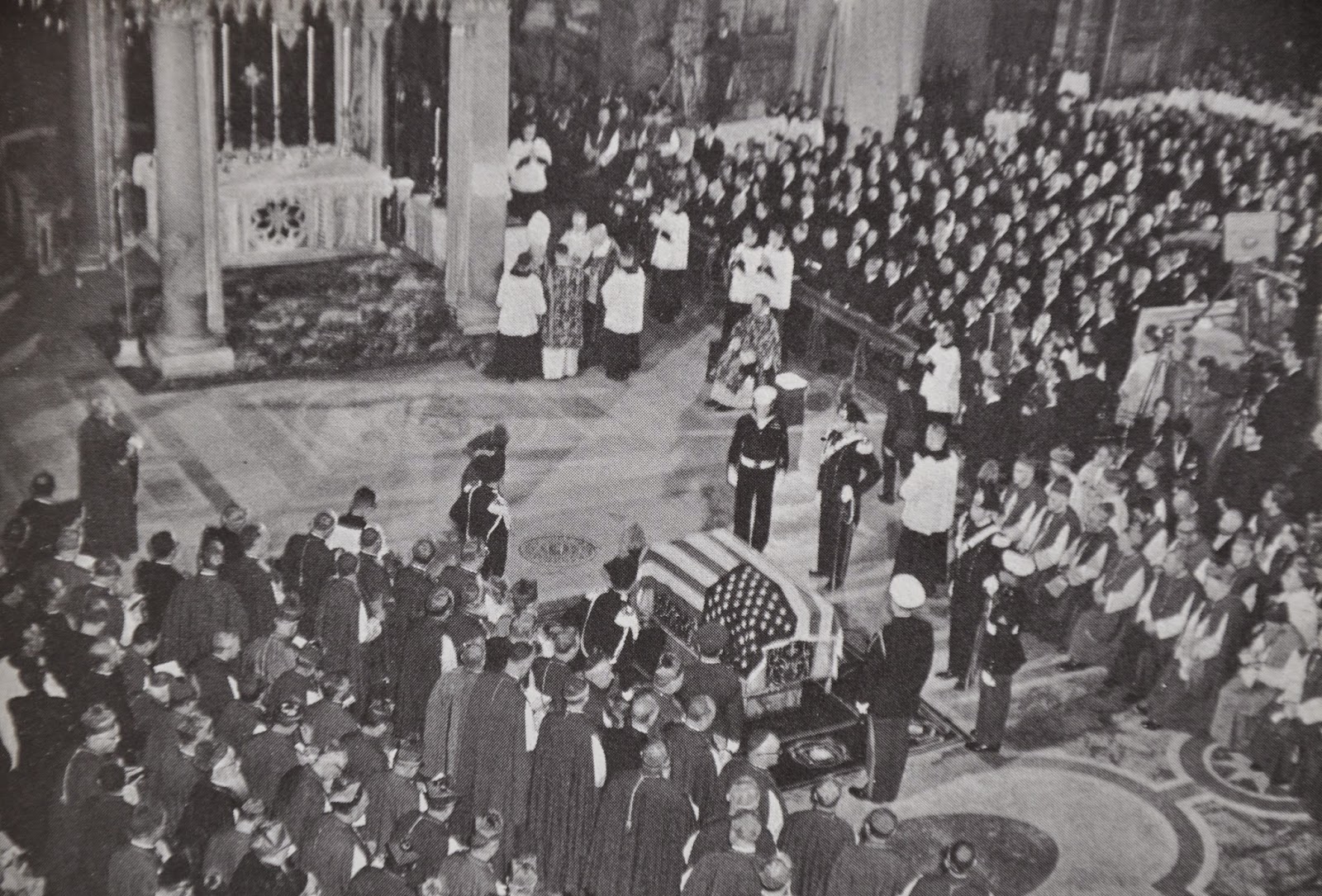 There were many great events in Rome/Vatican in recent years.  One was the canonization of Pius X in 1954.  Or the Holy Year 1950.  The opening of the General Council in 1962.

Another great event was the Rome Requiem for JFK in 1963.  Cardinal Cushing of Boston went to D.C. for the official ceremony.  Cardinal Spellman was celebrant at the Lateran.

The altar normally reserved for the pope.  A formal rescript, posted in the sanctuary on the pilar, announced that Paul VI had given exceptional permission for use of the papal altar.

At the rehearsal, Mons. Enrico Dante advised Cardinal Spellman that the use of deacons would not be appropriate.  Raising his hand slightly, the Cardinal said: "There will be no withdrawals."

Cardinal Spellman intoned the final prayers of absolution in English at the catafalque.  The Cardinal wanted to pray the prayer in English as a special honor to the president.  15, 000 people were present in the Basilica, including all of the American hierarchy.  Every Embassy in Rome was represented.
at 10:46 PM