Pro-Life Brought to the Streets 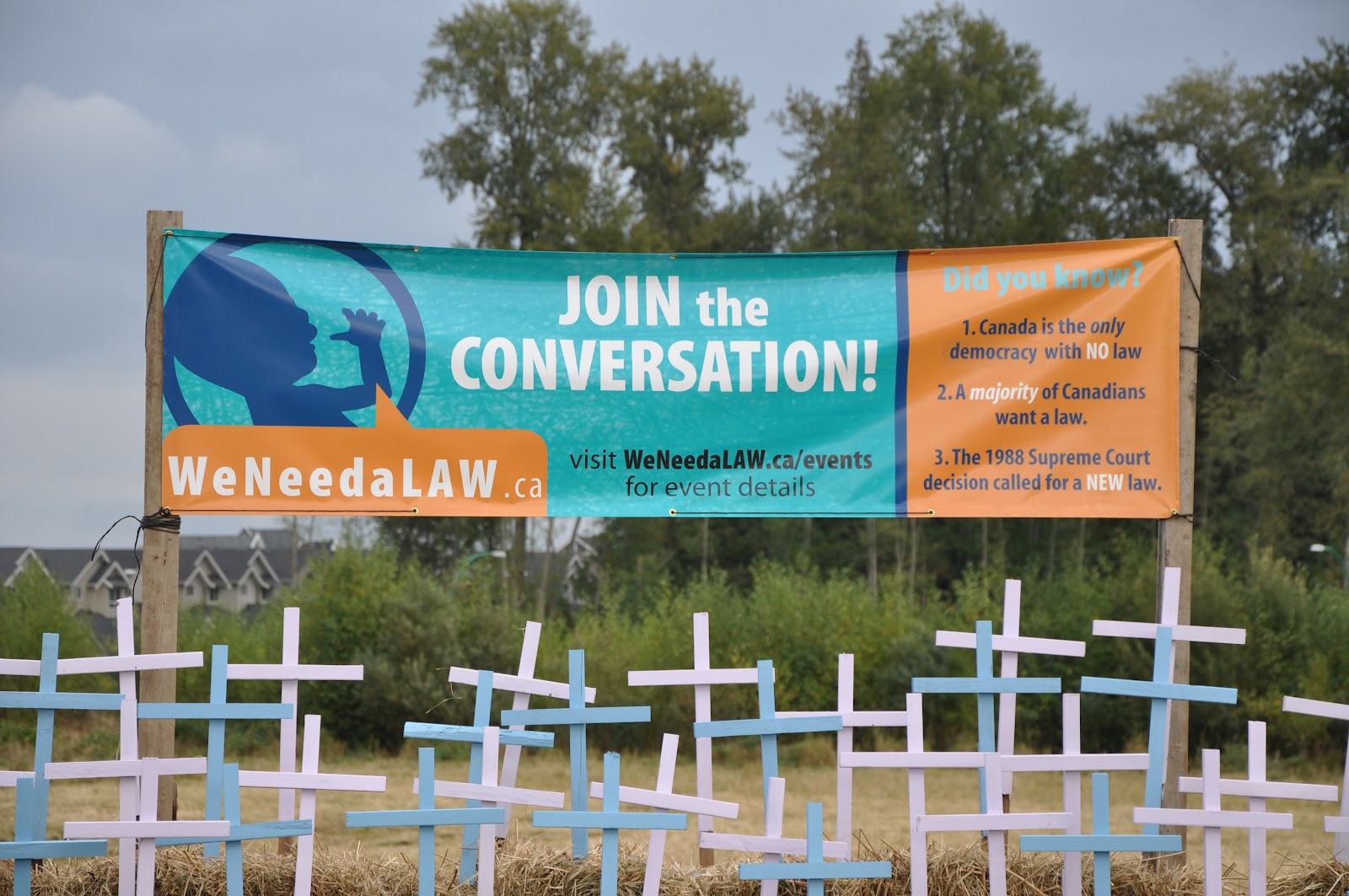 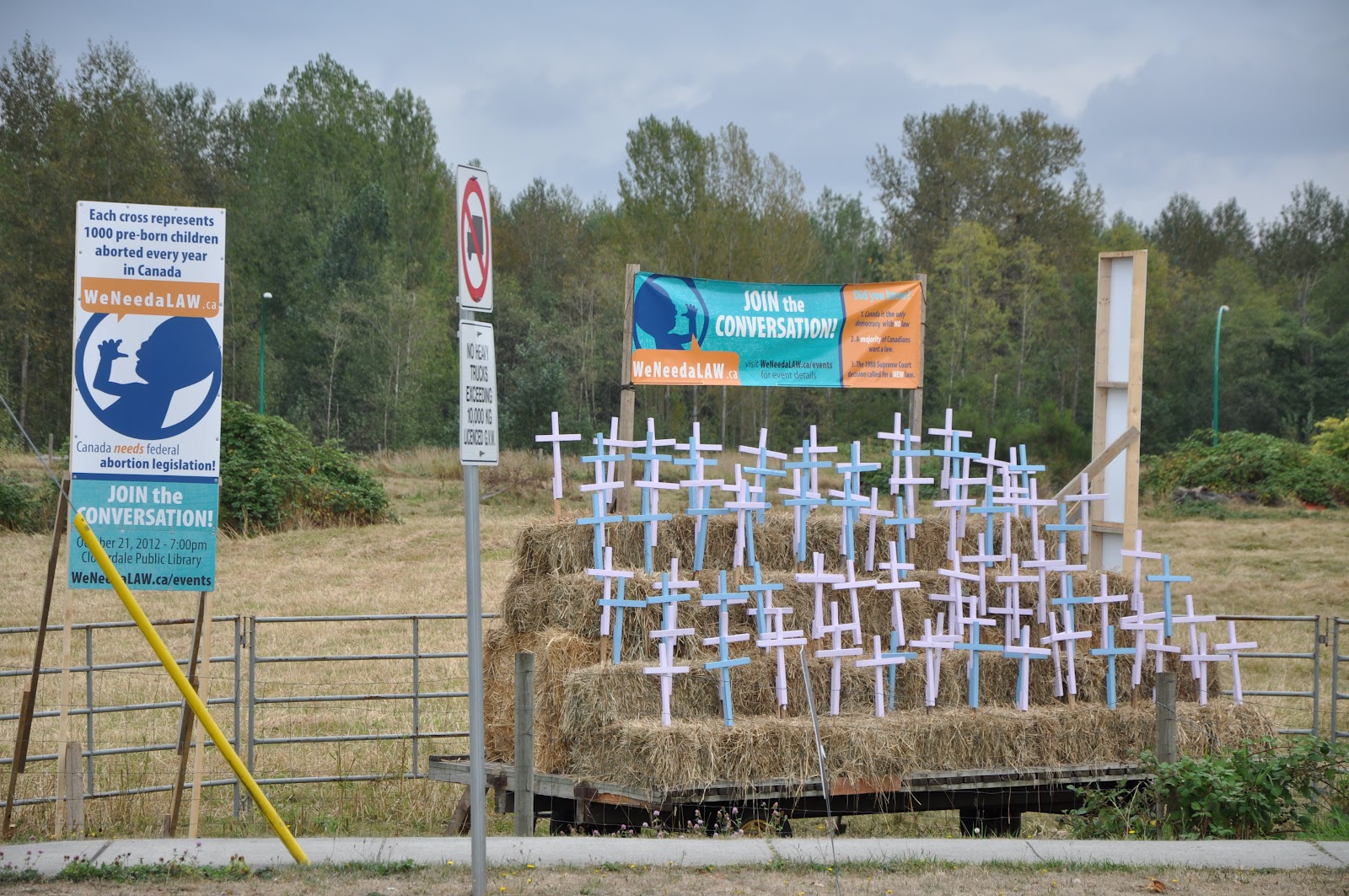 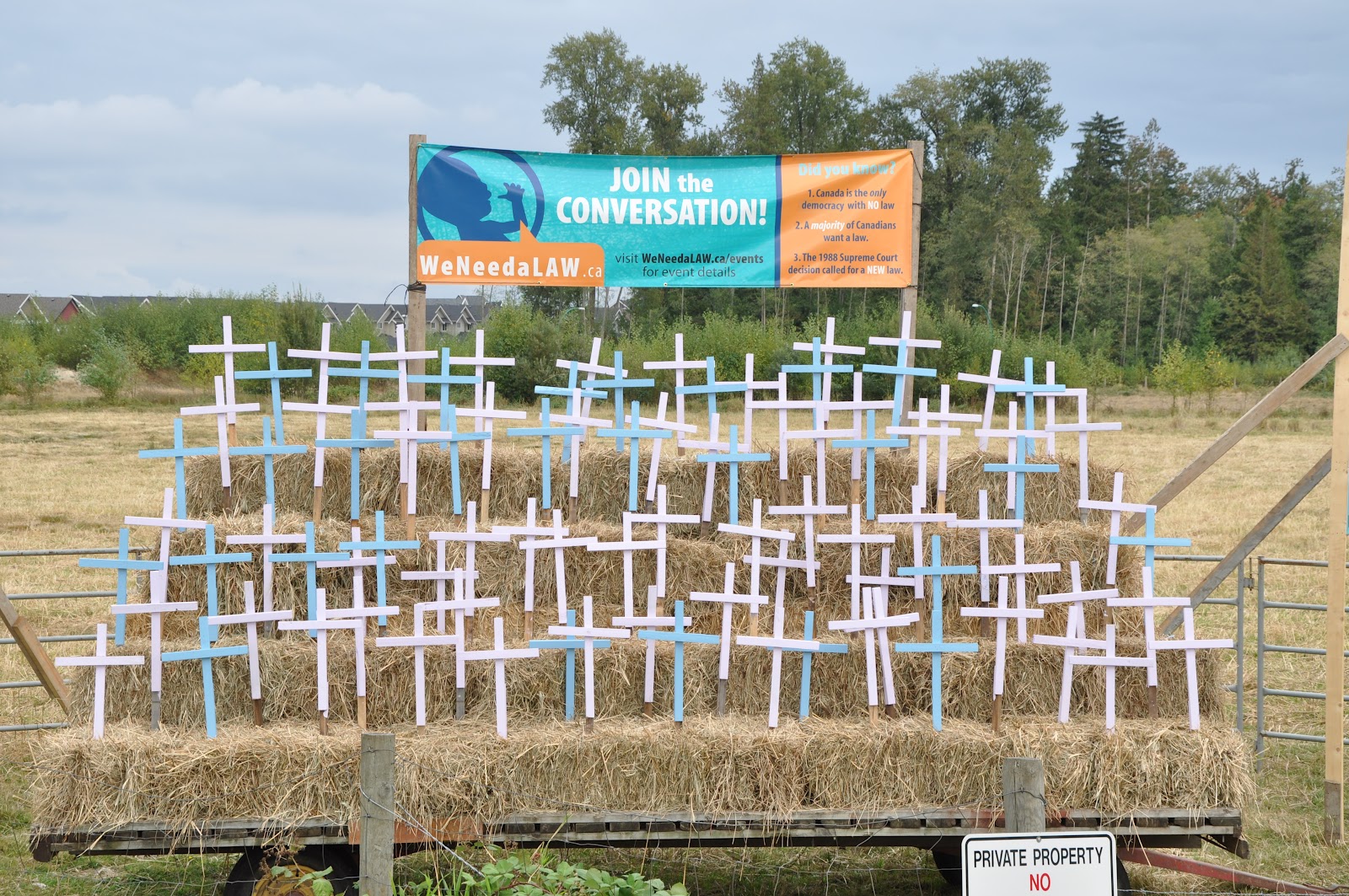 It is important to remind people of evil.  Sometimes evil is tolerated without being exposed.  People just go on living.  Like droids.  Lift the veil and expose the sin and rot.  In Canada we drove by this site today and took these pics.  Many thanks to those devoted Christians who are involved with this initiative: www.weneedalaw.ca.

For years we have had the increasing weight of scientific data indisputably confirming the humanity of the unborn.  We must confine the evidence strictly to the issue of the humanity of the unborn.  Too often the enemies of life cleverly keep the abortion conflict focused on the question of political rights rather than biological reality. Human life is being destroyed on an unimaginably vast scale. The unborn child is an individual, entirely human in origin, human in its characteristics and human in its destiny.

Always be in the habit of ignoring the chortle of the devil, and still do the Lord's work.  Abortophile culture is inimical to Christian civilization and must end.  The abortion cataclysm, one of the Fortune Five Hundred largest industries, must end.  Expose the evil and the Lord be praised for efforts such as this.
at 8:52 PM