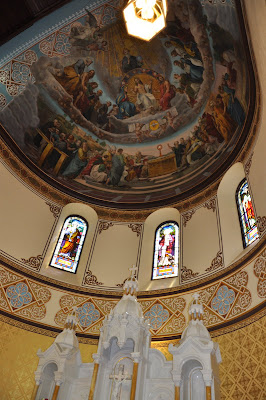 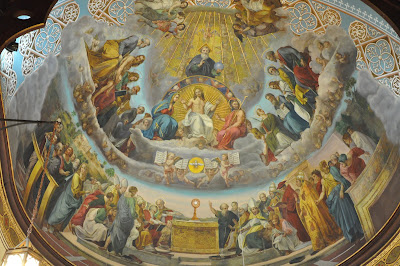 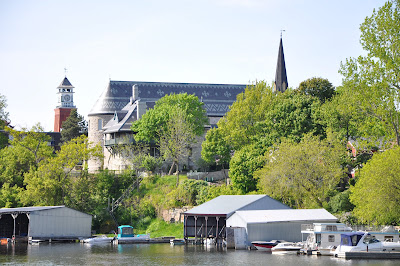 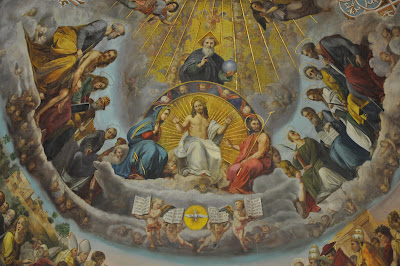 One does not often see this quality in a North American clerestory.

Hats off to Panzaroni and Son of New York who painted this in parts in New York, and transported it to Gananoque, Canada, in the 1920s.

An imaginary council of great defenders of the dogmas of the Church, supervised by a heavenly senate of saints and prophets, presided over by the Blessed Trinity. All lines of vision converge on the Blessed Sacrament. Around the central axis, deployed in a double layer of semicircles, the whole Church militant and triumphant gathers in contemplation.

The original was done by Raphael in the Vatican in 1509, and measures 16 feet in height and 26 feet 7 inches in width.

The purpose of the council is the justification of a central mystery of Catholic belief, the Sacrament of Transubstantiation. It is entitled, "The Disputation of the Eucharist." Disputation here does not imply a controversial argument, but a fact which is illustrated here.
at 1:11 PM