Pro-Life Strategy: Personhood for the Unborn 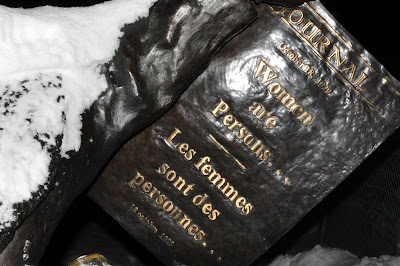 Photo taken of a monument alongside Canadian Parliament, Ottawa.

Gee, what about the unborn?

News flash: Canadian women not recognized as persons until 1929.

News flash: Canada's extreme abortion regime permits the practice of abortion at any time, with no restrictions, including at full term, for any reason and fully taxpayer-funded on your dime.

Even Governor Generals of Canada were not Canadian until 1952.
at 10:13 AM