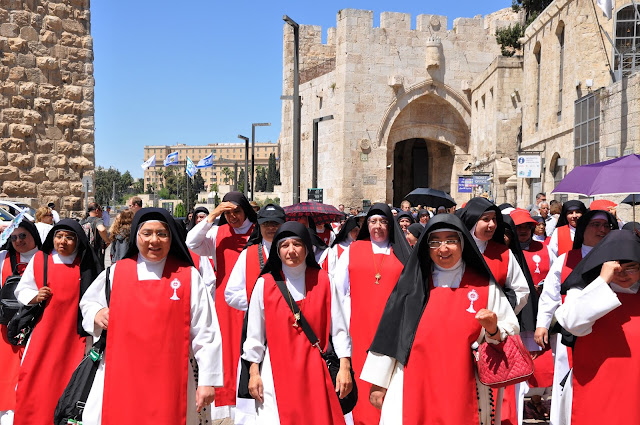 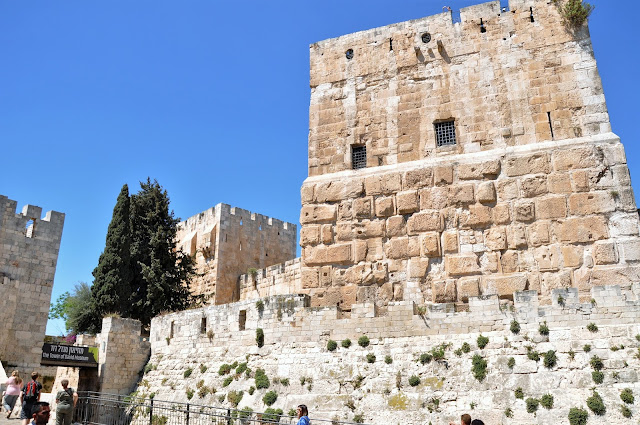 A busy place as you enter the old city of Jerusalem.  Adoration Sisters of the Blessed Sacrament at the old Citadel, one of the busiest entrances to the old city. The Arabic name for it is Bab ell-Khalil (Gate of the Friend), a reference to Abraham.  The sisters, on pilgrimage, were seen everywhere in Jerusalem.

From here in December 1917 entered General Allenby, commander of the British forces which captured Jerusalem during World War I.  He was the first Christian to capture the city in many years.  The victory was described by the Prime Minister of England as a "Christmas present for the British people: https://en.wikipedia.org/wiki/Battle_of_Jerusalem.