Letter from the Pope's Brother 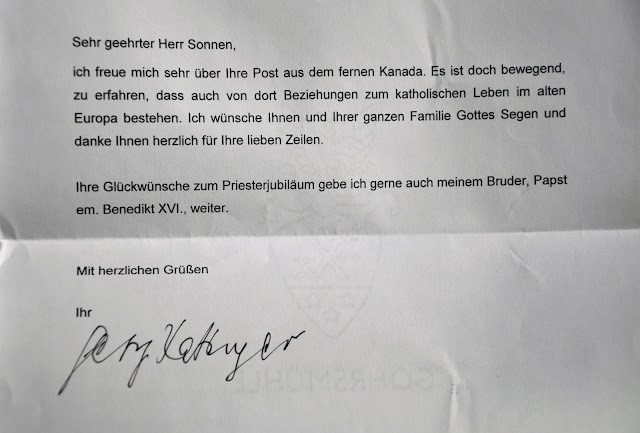 It was a pleasant surprise to receive a little note from Monsignor Georg Ratzinger, mailed from Regensburg, Germany.

The Monsignor entered the seminary in 1935 and was ordained priest along with his brother in 1951.  His little brother later became Pope.

Monsignor Ratzinger is canon of the Cathedral of St. Peter in Regensburg and former choir master of the famed choir of the same cathedral, the Regensburger Domspatzen.