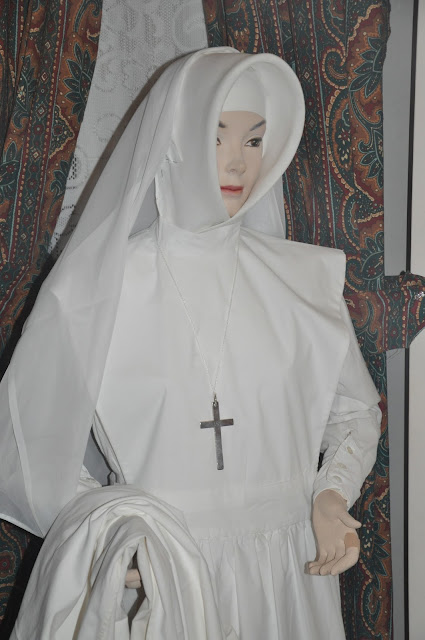 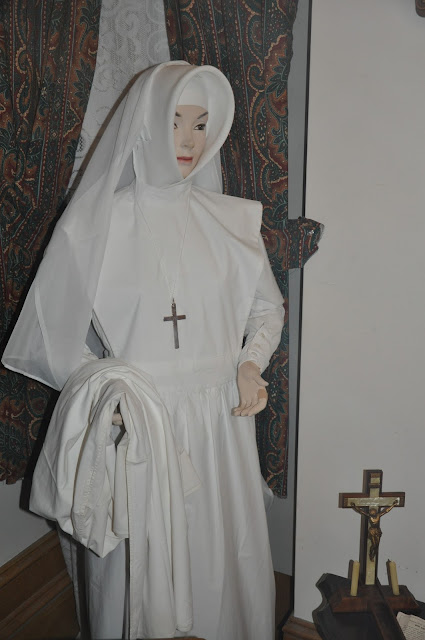 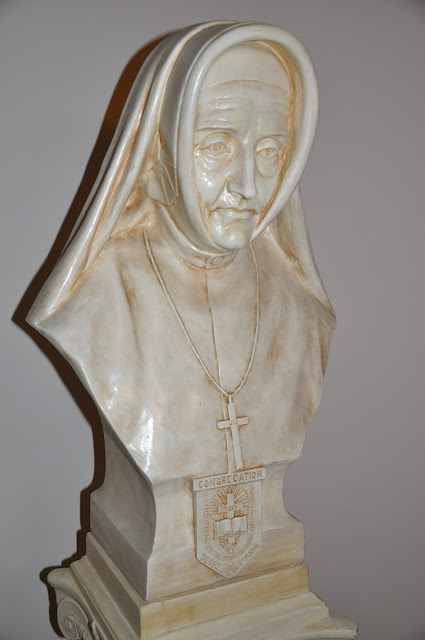 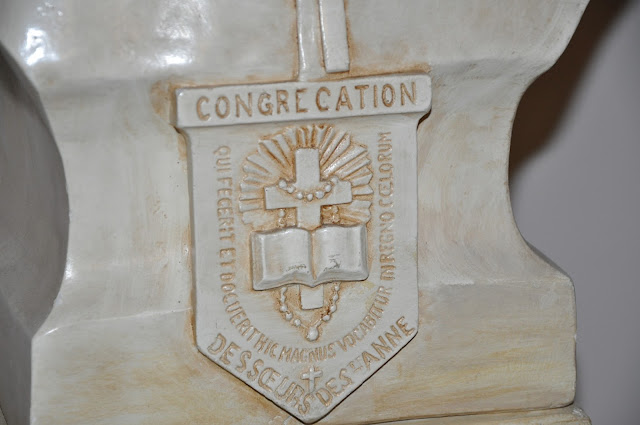 The Congregation of the Sisters of St. Ann (S.S.A.) of Quebec.  Once a great force, today the order is tragically its terminal stage.

Founded in 1850, four of their nuns arrived with a lay helper in Victoria in 1858.  Two days later, they began teaching.  Their first convent was a log cabin.  Thirty feet by eighteen feet and clapboarded.  The log joints had not been filled and there was no ceiling.  The cabin was separated in two by rough lumber.  In the middle was a double chimney.  This building still exists, since moved to the Royal British Columbia Museum.

In 1860 the sisters moved into a more suitable convent.  It was not until 1871 they began construction of their lovely convent, which closed in 1973.

These were missionary nuns, small in number.  Moving to a wilderness outpost in the midst of transition.  The Church is in need of nuns like this again.

A pity to see these once great orders melt into extinction.  The nuns of this order who worked in the hospital wore white, while those who worked in the school wore black.  You can see the veil needed some modification.  The idiomatic expression about not throwing the baby out with the bathwater comes to mind.  Needless to say, both the veil and the habit went out the window along with just about everything else.  It was an age of reform that was wildly optimistic and has led to extinction of nearly every religious order in the Church.
at 11:53 AM