Academy of St. Ann in Victoria: Convent School and Regional Motherhouse of the Sisters of St. Ann 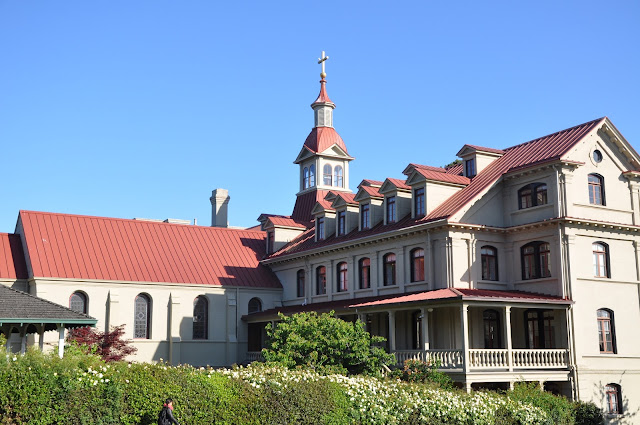 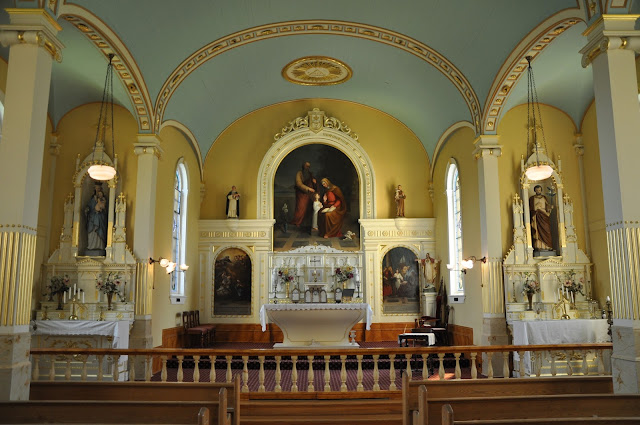 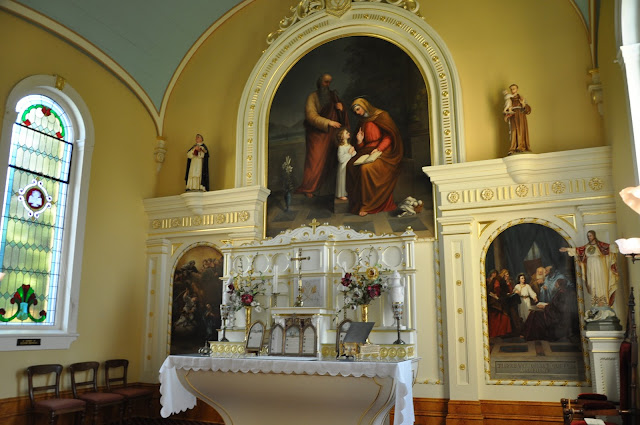 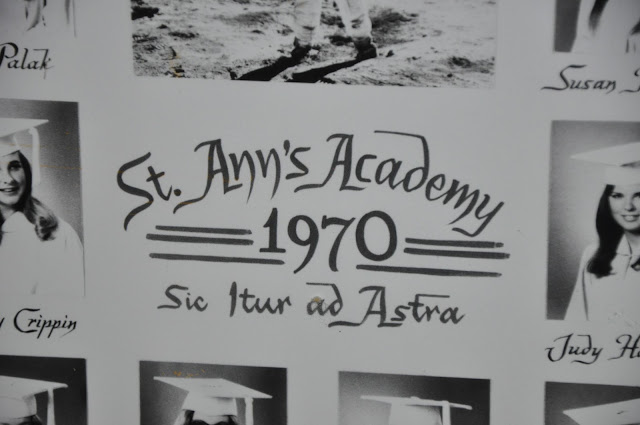 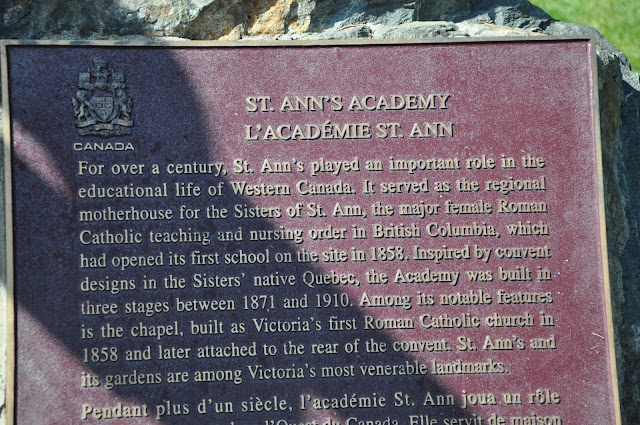 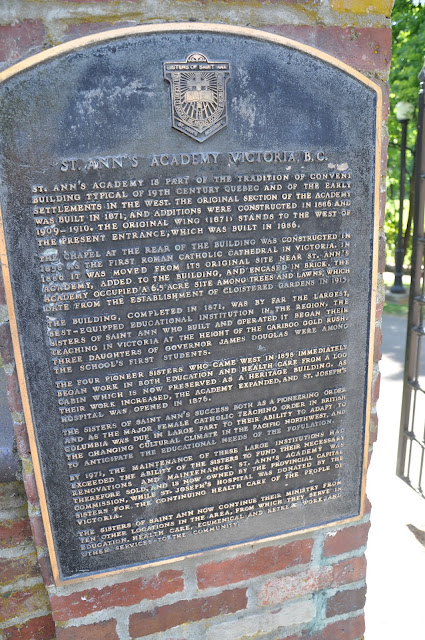 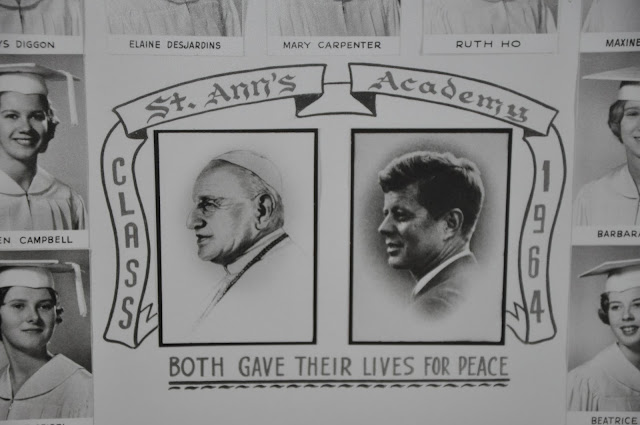 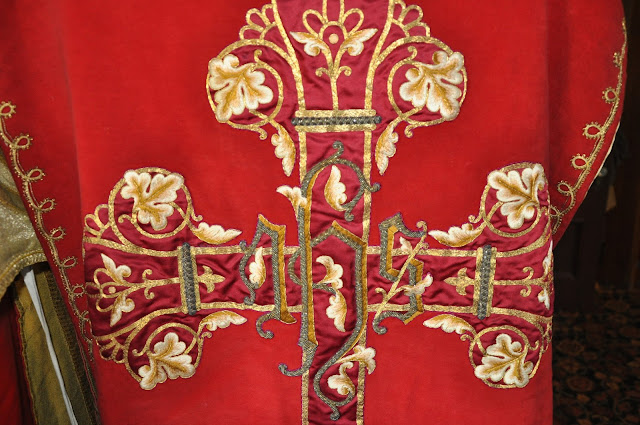 The school motto taken from Virgil: Sic Itur Ad Astra ("thus one journeys to the stars").

Victoria is the oldest Canadian Diocese west of Toronto (1846).  A lot of history here.

The chapel, seen here, was the first cathedral of Victoria which at one time included Alaska - construction of the chapel was completed in 1858.  It was built by Brother Joseph Michaud, who became the first priest ordained in the chapel.  Just imagine, Pontifical Mass celebrated here in the 1850s, on an island wilderness, on the edge of the Empire.

The chapel boasts treasures such as a Casavant organ and 23 cart gold-leaf detailing with Francophone artwork that help make it a national historic site.  During the 1960s the historic altar and communion rail were discarded by the nuns and the chapel was painted a somber grey.  It has since been restored by the Province of British Columbia.

Today the property is owned by the provincial government -- the school was closed and sold in 1973.  The property has been designated by National, Provincial and Municipal governments as a heritage site.  The 1997 renovation and restoration cost $16.5 million.

The chapel is now rented out for weddings - sadly, to any or no religion as an interfaith rental facility.  The old nuns would be rolling over in their graves if they knew this.
at 12:12 PM