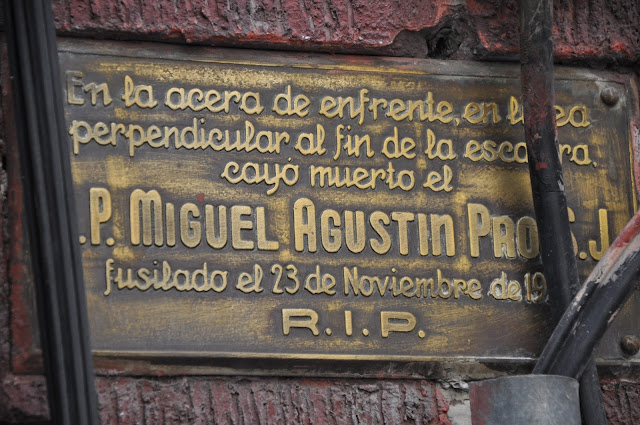 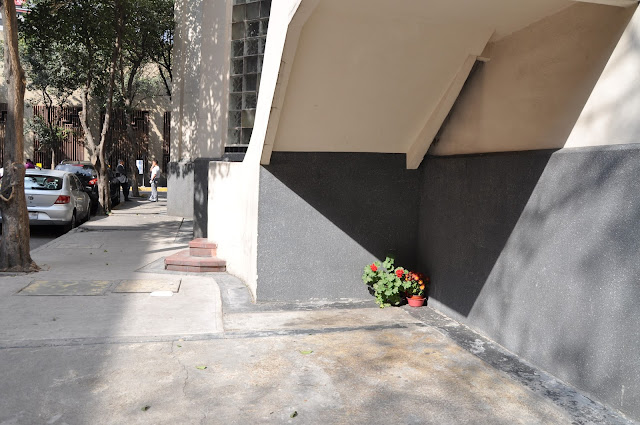 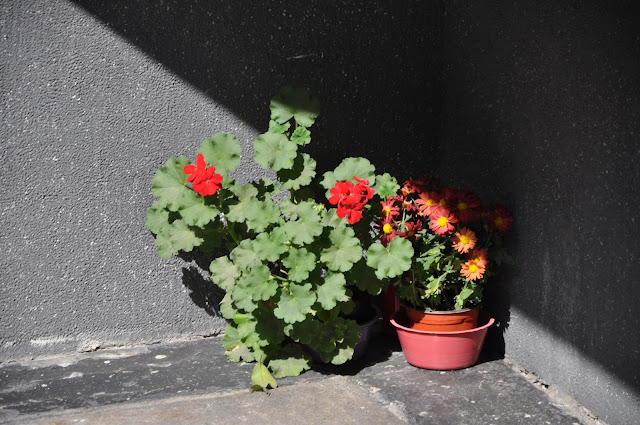 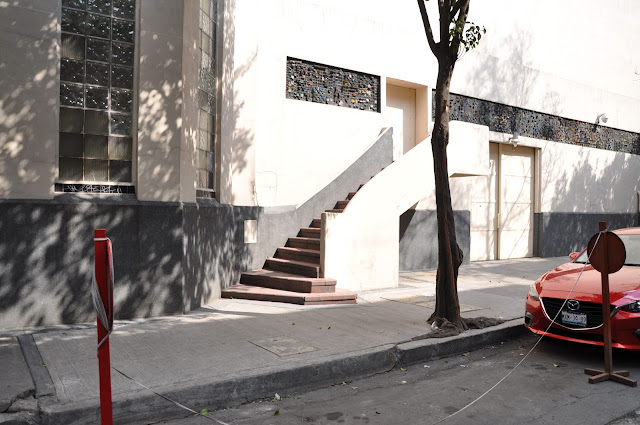 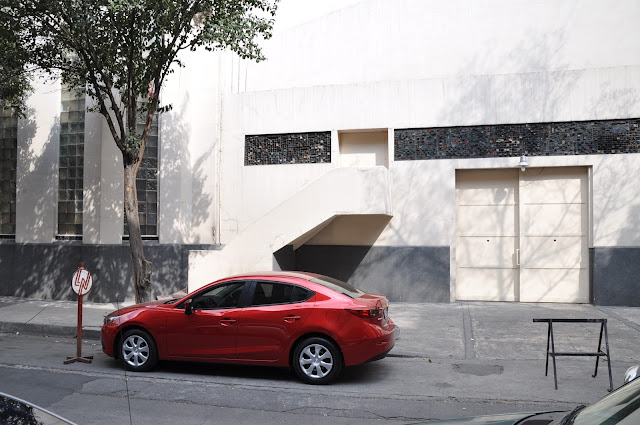 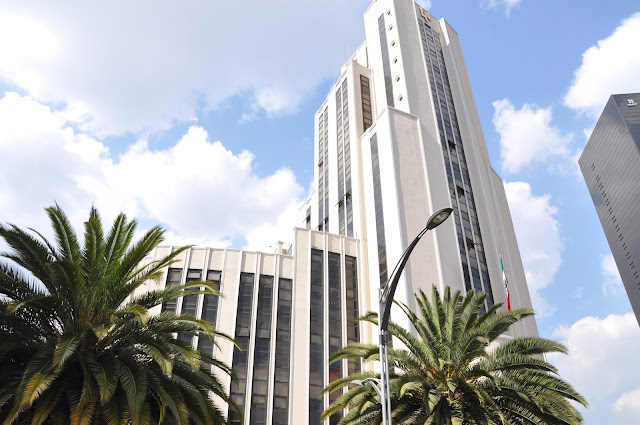 Everyone has seen the photographs of his exectution.  They are famous.  This is where it took place in 1927.

In broad daylight, in a capital city (Mexico City), in the twentieth century, with everyone watching.

Later, this 1940s skyscraper was constructed.  The site had been the location of the detective inspector's office where he was killed, without trial, by order of the anti-Catholic President of Mexico, Calles.

The only memorial is this small tin plaque, located across the street, placed here by a shop keeper.  Devoted faithful have placed the potted flowers under the stairs.

WE CALL UPON THE GOVERNMENT OF MEXICO TO PROPERLY HONOR BLESSED MIGUEL PRO BY RE-NAMING THIS STREET AFTER HIM, BY PLACING A WORTHY PLAQUE HERE ON THE LOTERIA NACIONAL BUILDING INDICATING HIS PLACE OF EXECUTION, AND BY PLACING A STATUE OF HIM ON THE PASEO DE LA REFORMA.  FURTHER, WE CALL FOR A PERMANENT EXHIBIT HIGHLIGHTING HIS STORY TO BE PLACED IN THE MEXICO CITY MUSEO MEMORIA Y TOLERANCIA.  HE IS A NATIONAL HERO.  THE NEW AIRPORT IN MEXICO CITY OUGHT TO BE NAMED AFTER HIM AS WELL.  LOCAL CATHOLICS AND HUMAN RIGHTS ACTIVISTS, TAKE UP THIS CAUSE!
at 12:38 PM