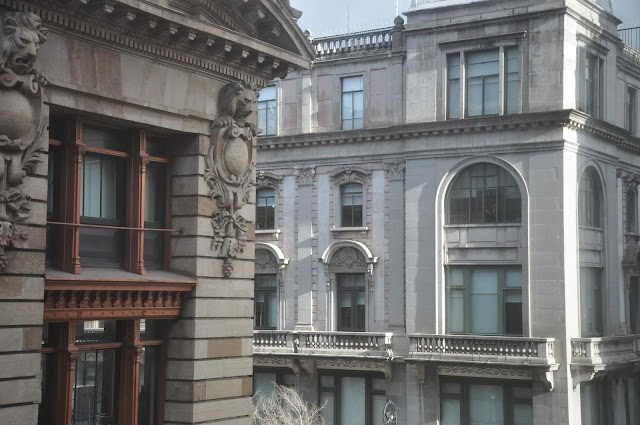 One of the things that I have always appreciated most about Mexico City is that it is a European capital.  In other words, it is distinctly European in its design.

As you spend time in Mexico City you will come to appreciate President Porfirio Díaz, seven terms President of Mexico for thirty-five years from 1876 - 1911.  He did so much to beautify the city as a capital worthy of the name.

Then came the anti-Catholic Mexican Revolution and he was ousted and died in exile in Paris.

Today Mexico City is mostly a jumble of very ugly populist modernist architecture.  I would counsel a return to the classic footprint.
at 2:41 PM