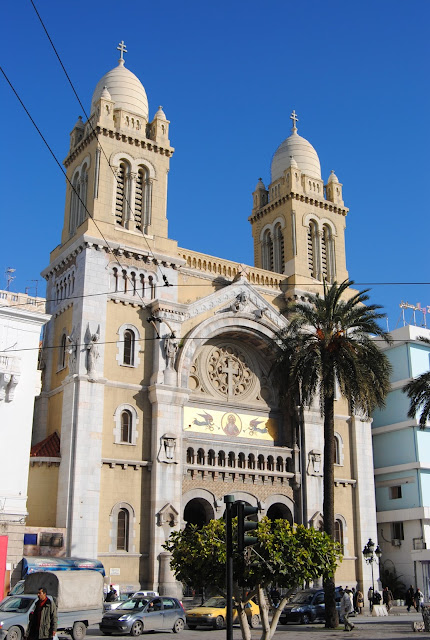 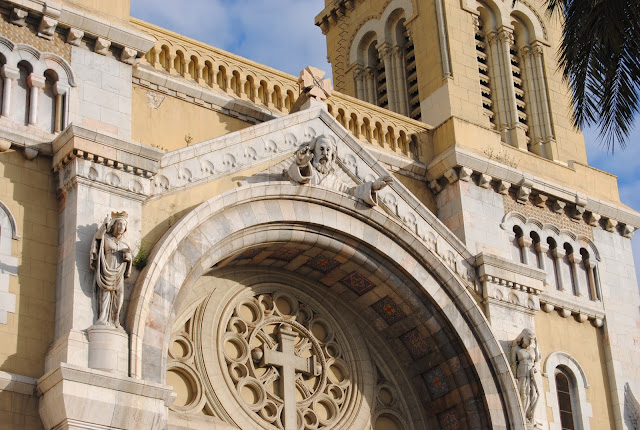 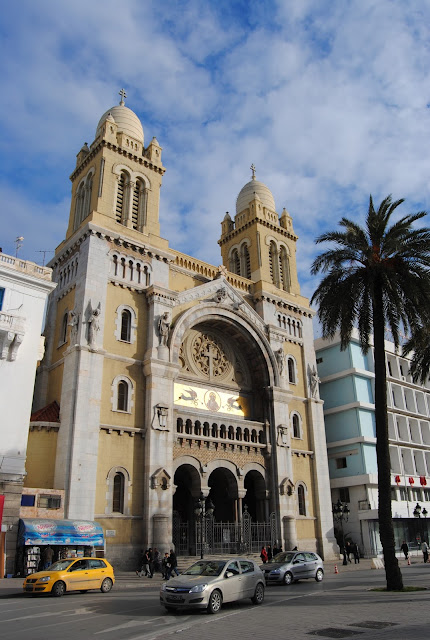 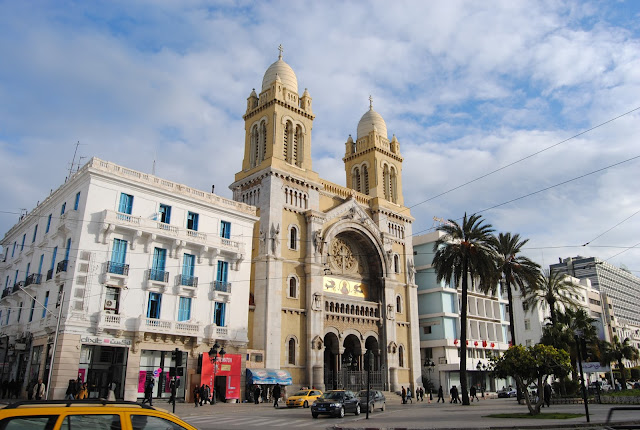 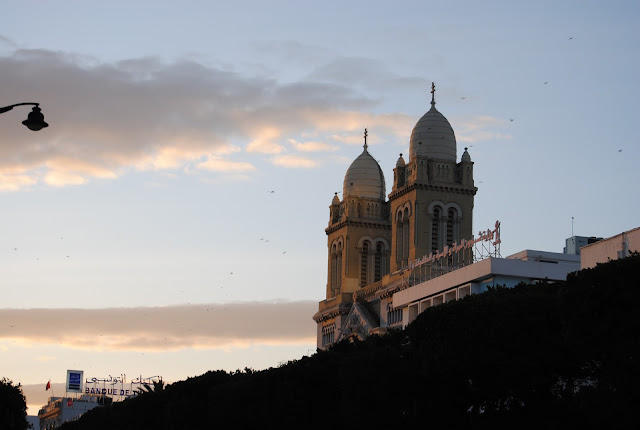 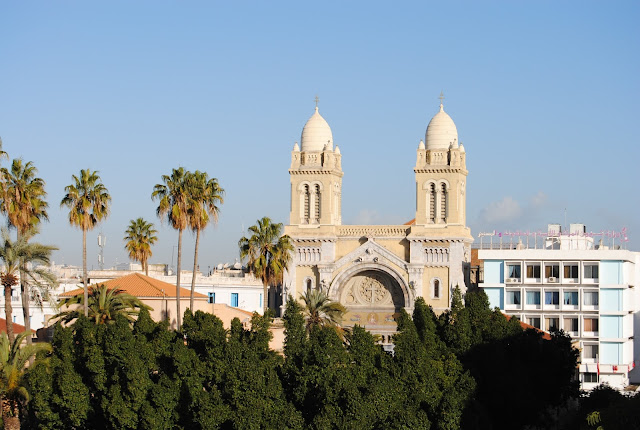 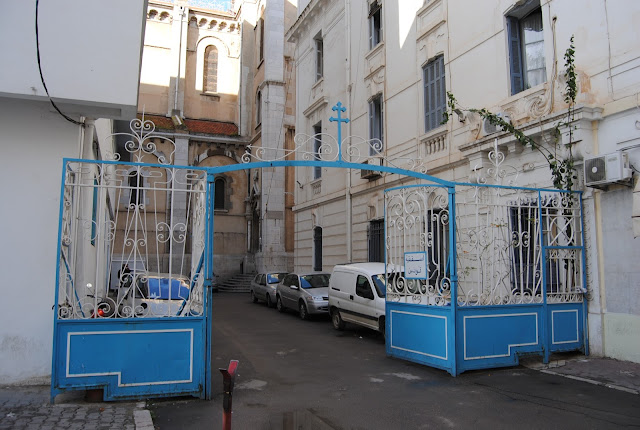 A fitting mixture of styles, including Moorish and Gothic revival and Neo-Byzantine.

Construction began in 1893 and the church was opened Christmas 1897.

Ironic as this is the city where St. Vincent, after having been kidnapped by Islamic pirates, was sold as a slave and was kept in chains for two years on the road until his escape with a former priest to Rome and back to France.

Today, raised to the glory of the altars, he intercedes for us while a Cathedral stands in his honor in the same city -- a beacon of hope in this beautiful land that is asking to be converted back to Christ, through the intercession of St. Augustine, a native of this same place (Algeria and Carthage).

The White Fathers who have worked here have gone off the rails, but so nice to see the Religious Family of the Incarnate Word working here today with a bunch of members (both priests & sisters): http://ive.org/ive/index.php/en/index.php?option=com_content&view=article&id=54&Itemid=195&lang=en
at 9:49 PM