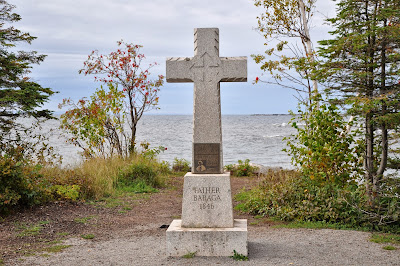 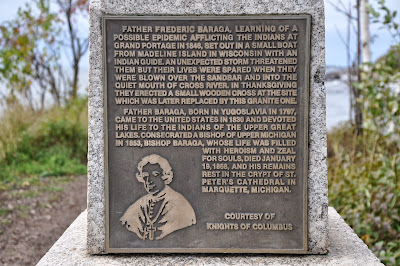 Very powerful to pray here on the shores of Lake Superior.

The great arcana of divine mysteries cannot be known by reason, but only by Revelation.  There is need for such zealous apostles to make known the truths of Revelation - today.

Fr. Baraga, pray for us!

"Along the shores of Lake Superior, Indian tribes were visited by missionaries who this time were welcomed.  In August, 1835, Father Baraga, later bishop of Marquette, went to the Chippewa community at Fondulac on the St. Louis River, at the head of navigation on Lake Superior.  He instructed and baptized converts, and no doubt, as was his custom elsewhere, celebrated daily Mass for them.  His co-worker, Father Pierz, went in 1838 to Grand Portage on the North Shore of Lake Superior and ministered in a similar way to the aborigines resident at that important station of the fur trade."