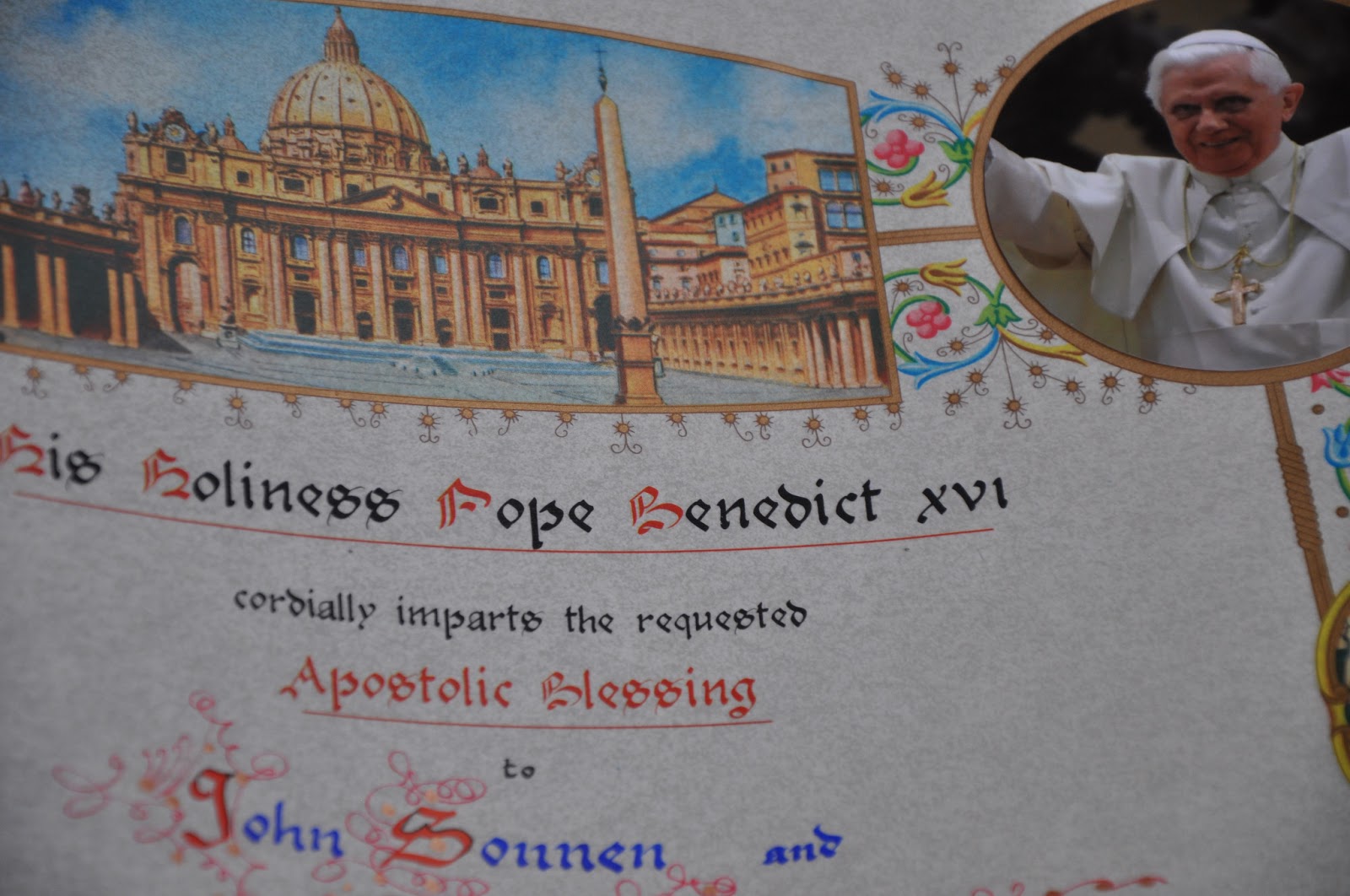 Yours truly has been fortunate to have met Pope Benedict 9 times.

I am thinking of writing a reflection on my memories of his glorious pontificate - having been an eyewitness - on an often weekly basis.

If there were tears shed in the Sistine Chapel by J.A. Ratzinger on the 19th of April AD 2005, then there will be tears shed again by the same man of God as the cardinal electors elect him yet again for a second time.

No pope need feel alone.  Mai piu'!  The college of Cardinals can work together in unison with the popes to face this bolus of corruption in the Vatican.  Already this Pope has saved the day thanks to some recent crucial Vatican appointments.

I always said my two great joys of living in Rome during this historic German pontificate were to hear a native-speaking German pontiff speaking his native German in St. Peter's Square as well as having had the honor to enter the Sistine Chapel many hundreds of times, often twice daily.