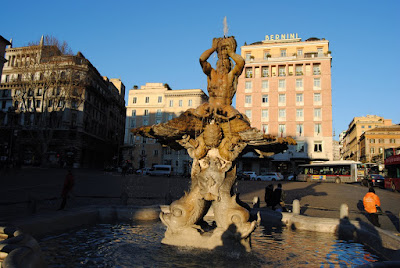 "The most unusual summons to an audience came one night while dining with some priest friends in the Hotel Bernini of Rome. A telephone call about nine-thirty in the evening brought the message that 'Pope John XXIII wants to see you.' I thought at first it was a joke, but I decided that once I went to the Vatican at that hour, I would soon find out the truth. On arrival, the Swiss Guard said: 'Hurry up! His Holiness wants to see you.' As I was ushered into his presence, he said: 'I hope that I did not disturb you at this hour! But I just wanted to give you a gift.' He presented me with a topaz episcopal ring and a pectoral cross: 'Now put them in your pocket and hide them for the moment. I do not want to make other bishops envious.'"

-Treasure in Clay by Archbishop Sheen.
at 2:36 AM