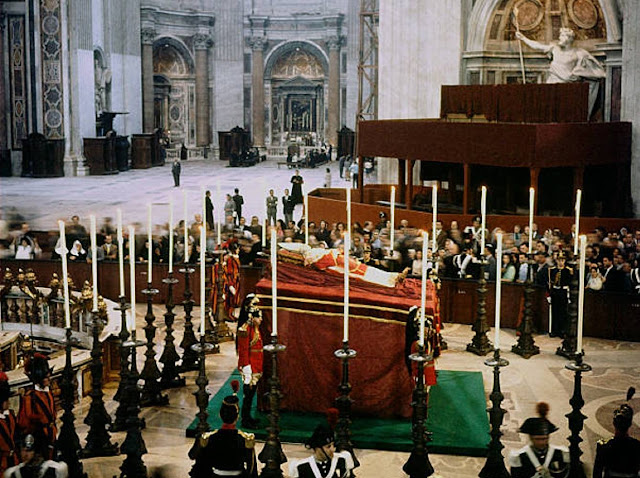 He had reigned for almost twenty years, his pontificate having started in the most difficult times of the XXth Century. His death was lamented worldwide.

Among the condolence messages there were those of US President Eisenhower and of many Jewish leaders like Israeli Minister of Foreign Affairs Golda Meir and Italian Rabi Elio Toaff. American-Jewish conductor Leonard Bernstein asked for a minute of silence prior to a concert of the New York Philarmonic Orchestra in October 1958.

The Pastor Angelicus and Defensor Civitatis (his acclaimed titles) is currently considered as Venerable by the Roman Catholic Church despite the infamous campaign of hatred (initiated in 1963 following the performance of Rolf Hochhuth’s fictional drama “The Deputy” on stage in Berlin) to denigrate his holy memory.

Documents show that, far from having abandoned persecuted Jews to their fate during the Second World War, Pius XII’s alleged “silence” (= professional diplomacy) decisively contributed –directly or indirectly– to the salvation of about 850,000 European Jews (source: Israeli consul in Milan and Jewish author Pinchas Lapide).